Developer says he was exonerated in fraud case 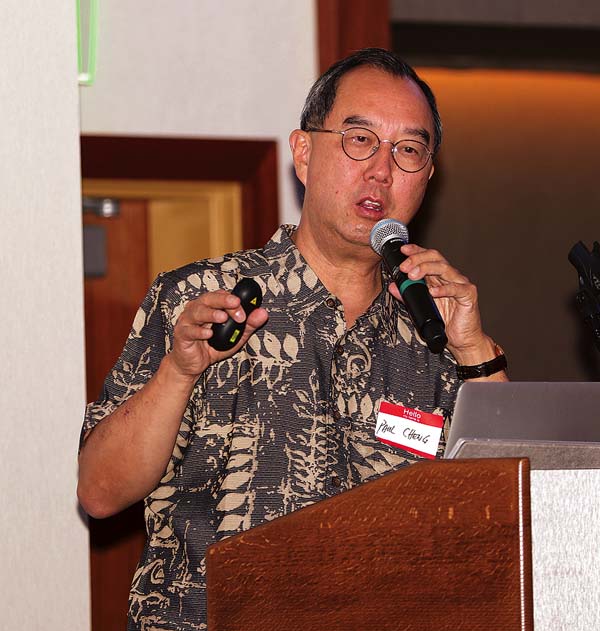 The developer of the Pulelehua working-class community in West Maui and owner of the Maalaea Harbor Shops & Restaurants answered some concerns raised by community members about his background Wednesday.

Questions about Paul Cheng, president and founder of Dallas-based USAI Investments, concerned a New York Times story on Jan. 18, 1991, which reported that a Paul S. Cheng was sentenced to a 30-year-prison term for directing a single transaction that defrauded the institution he controlled of $7.8 million in 1986.

It was the longest prison sentence that any savings and loan executive had been ordered to serve at the time, according to the article.

Cheng identified himself as the man, but added, “there’s a whole different story related to that.”

“It was me, but I was completely exonerated later,” he said. “That’s the second half of the story that was never on the internet.”

The story said that a federal judge in Dallas also sentenced a former colleague of Cheng’s, Simon Edward Heath, to 20 years in jail for participating in the same fraudulent transaction. The two men, both 36 years old at the time, controlled Guaranty Federal Savings in Dallas from 1984 to 1987. The institution was taken over by regulators in 1988 with losses to taxpayers estimated at $300 million.

After a three-month trial, a Dallas jury convicted the two of bank and wire fraud, misapplication of funds, false bookkeeping entries and several counts of transporting money acquired through fraud across state lines.

The jury agreed that Cheng and his colleague had conspired to obtain a false appraisal on a tract of land near Jacksonville, Fla., that enabled them to sell the property for $10 million in 1986.

Cheng said he served a little time and it took about five years to win an appeal. He said all charges, fines and restitution amounts were dropped.

Federal court records on the case did not appear to be complete online due to the age of the offenses, but showed restitution and charges had been dismissed in the early 1990s.

“I have no fines, I have no restitution, no penalties and no restrictions whatsoever because I vindicated myself,” Cheng said. “I caused zero loss to anyone on a transaction, so when the government removed that it was a very big deal. When that happened, it meant I have done nothing wrong basically.”

Cheng also identified himself as the seller of the famous Tiffany & Co. building at Fifth Avenue and 57th Street in New York City. The building sold for $810 a square foot, or $96.6 million, in 1986, the highest price per square foot ever realized in the city at the time, according to The New York Times and Cheng’s company website.

“Since the incident, I have been involved with over $500 million of development over the past 20 years-plus,” Cheng said, noting that he has won multiple awards for his developments.

His real estate firm has been in commercial and residential development as well as property management in 24 cities across the nation since 1978, according to the USAI Investment’s website. It is currently seeking and pursuing investment and development opportunities in Texas, California and Hawaii.

Principals of the company have developed over 20,000 apartment units, over 1 million square feet of high-rise commercial office space, several thousand acres of award-winning and best-selling residential development communities as well as industrial warehouses, specialty shopping centers and mixed-use high-rise developments, according to the website.

The $300 million to $500 million project in West Maui is designed for 882 multifamily and single-family homes with at least half designated as affordable. Cheng presented the plans to residents during a community meeting last month.

In the works since 2004, plans originally called for the community to be primarily homes, but its first phase will start with 250 long-term rental units.

Cheng said Wednesday he is continuing work on the development, which is seeking approval by the Planning Department. He hopes to get approval for the first phase by spring, then will submit a building permit and plans to begin building by the end of next year, if not sooner.

“We have every reason to continue to do our development and I hope that it’s something the island will love, and we’re fully committed and fully vested to do that,” he said.

Cheng spoke openly about the incident three decades ago, saying he has “nothing to hide.” He said the article has been brought up before, which pushes him to work harder to prove it wrong.

“Honestly, I try even harder to do the best job that I can and I want to make sure everybody knows I do everything the right way because of that,” he said of the article. “It’s kind of like a chip on my shoulder.”