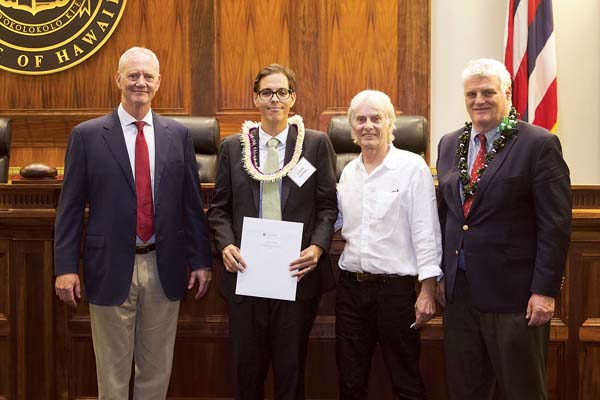 Maui attorney Lance Collins has received recognition from the Hawai’i Bar Association and the Hawaii Supreme Court for his pro bono legal work, according to an announcement from Lawyers for Equal Justice.

The award cites Collins’ work with Front Street Apartment residents, who are striving to keep affordable rents for their 142-unit, low-income apartment complex while the property owner, Front Street Affordable Housing Partners, has announced its intention to end affordability requirements after only 15 years because of an IRS legal loophole.

Other work credited to Collins, a solo practitioner, included challenging state Office of Elections practices that disenfranchised voters, pointing out Department of Health failures to protect senior citizens in care homes and contesting agency practices that allow fishing ships to confine their non-immigrant fishers to boats when docked, among others.

Lawyers for Equal Justice is a nonprofit law firm that advocates for Hawaii low-income residents.