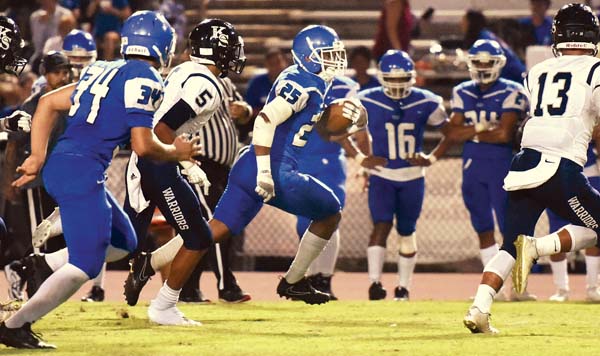 Solomone Tongi of Maui High School runs with the ball during the Sabers’ 27-23 victory over Kamehameha Maui on Sept. 30 at War Memorial Stadium. The Maui News / MATTHEW THAYER photo

Naia Nakamoto and Solomone Tongi weren’t even born when Andrew Malafu and Chad Gerard led Maui High School to the state football tournament for the first time, in 2000.

Rodney Figueroa, the first-year head coach for the Sabers, remembers that team, the last of nine Maui Interscholastic League championship squads coached by Curtis Lee. It was a run-dominant unit behind the inside-outside attack of Malafu and Gerard.

The only other time the Sabers reached the state tournament was in 2014, when Onosai Emelio, Daniel Kelley, Hanisi Lotulelei and Soane Vaohea helped them average 247 yards per game on the ground. 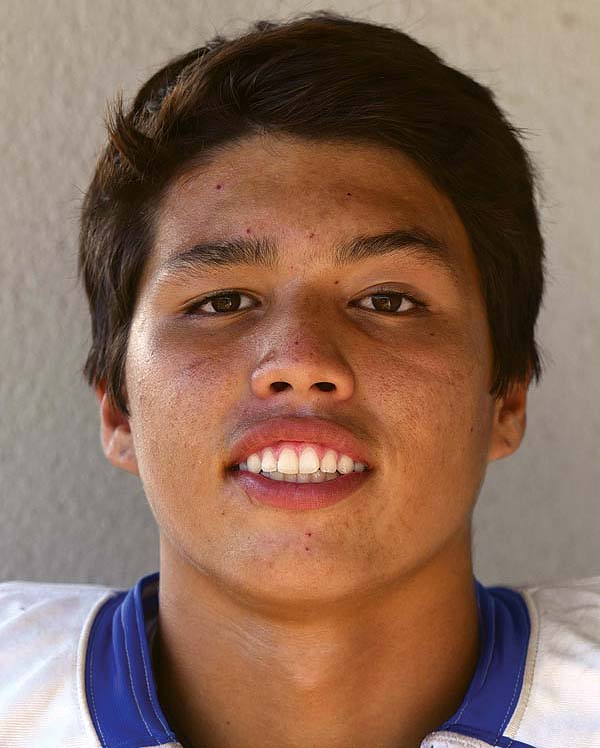 The lead duo this season is a pair of sophomores — Nakamoto, who finished third on the MIL rushing list with 621 yards and eight touchdowns on 78 carries, and Tongi (82-592, six TDs).

Those two alternate taking direct snaps out of the wildcat formation and senior Justin Pulido (69-393, six TDs) is often lined up next to one of the sophomores in the backfield.

The Sabers gained a total of 1,973 yards on the ground in eight MIL games this season, one yard less than the 2014 team had. Both teams had three of the top seven rushers in the league.

“Nakamoto hits it outside, he has speed,” Figueroa said. “Tongi will, you know, take those inside lanes. He’s not afraid to run the ball inside and then break it out. I’m almost calling it that, thunder and lightning, but they’re young.”

Nakamoto smiled when asked about the turnaround point of the season for Maui High, a 55-0 win over King Kekaulike that started a 5-1 finish to a state berth. 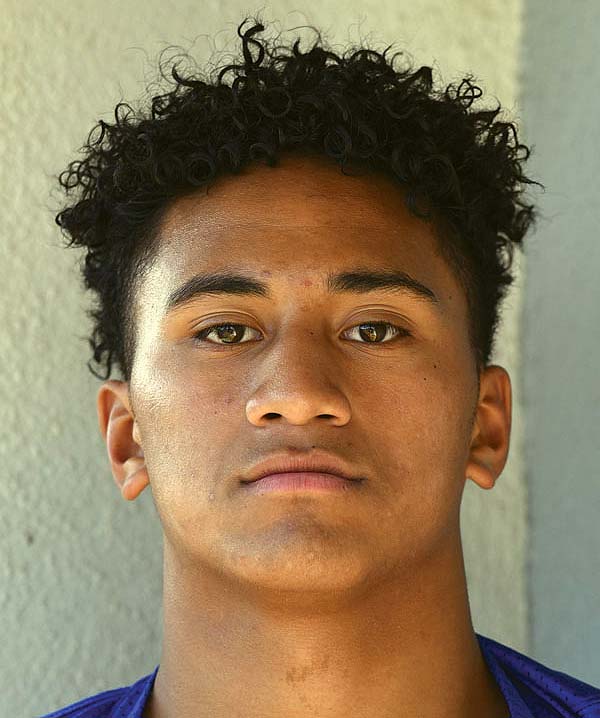 “I’m really excited that we can have this opportunity to play,” Nakamoto said.

In many ways, the top-seeded Vikings are similar to the Sabers. Kahale Huddleston ran for 1,049 yards and 22 touchdowns on 85 carries, according to statistics at scoringlive.com.

“They have a big line and they have a good running back and we respect that,” Nakamoto said. “I feel like we have a good chance.”

Sabers senior linebacker Jamie Elisara Fisher said practice has “been the same routine every day. The school is just wishing us luck. We’re excited, but we’re humble at the same time.”

The BIIF is 0-18 all-time in the Division I state tournament, including a 26-25 loss by Hilo to Leilehua last season as the No. 1 seed. 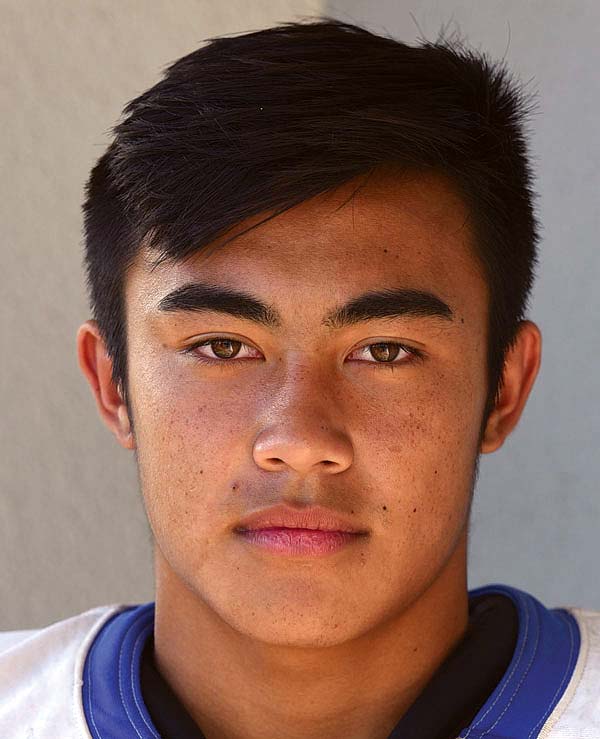 “We’re excited, I think the kids are excited for the opportunity,” Hilo coach Kaeo Drummondo. “All we’ve been talking about is finishing. So, we’re here again, we’ve got to finish this time.”

The winner will be the first Neighbor Island team to make it to the Division I state championship game, set for Nov. 18 at Aloha Stadium.

The Maui News Skyler Wong scored with just over a minute remaining in the match to lift the Baldwin High School ...

Bears down Na Alii, improve to 7-0

The Maui News Quintan Akaka drained five 3-pointers — all in the second half — and finished with 20 points, ... 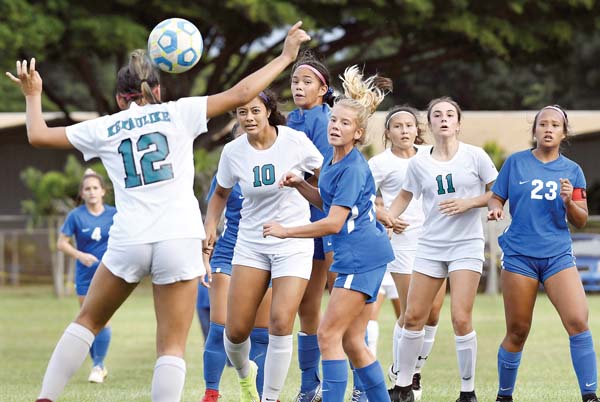 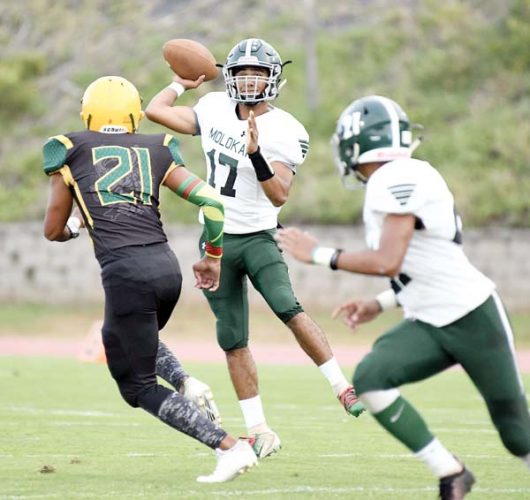 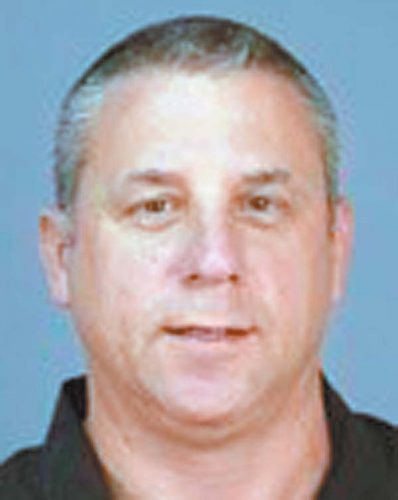 Delicacies from near and far, seafood feast in a pot, found at Maui Prime