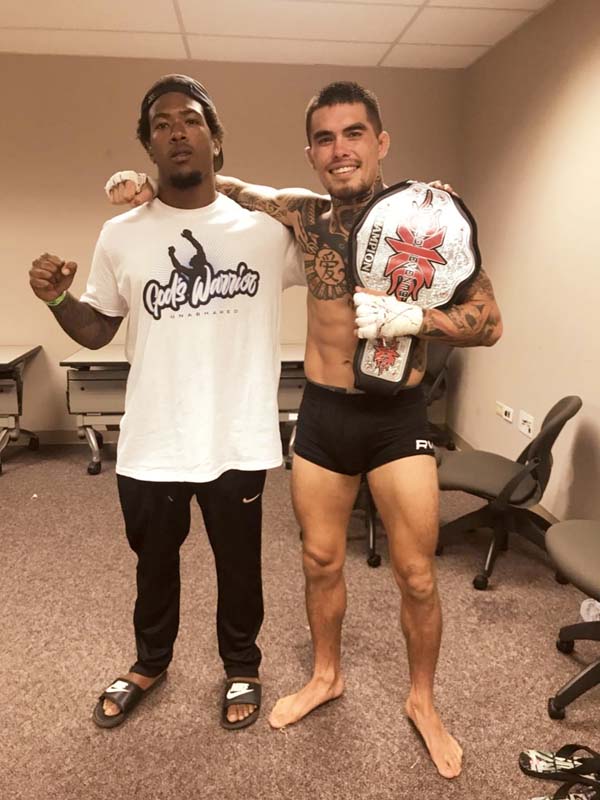 Maui mixed martial arts fighter Zach Zane holds his belt as he poses with teammate Kelvin Bowen after defeating Kealii Kanekoa of the Big Island in the 170-pound state title fight at the X-1 52 “March Madness” event Friday night at the Filipino Community Center (FilCom) in Waipahu, Oahu. Zane, who moved up two weight classes and took the fight on five days’ notice, beat Kanekoa by triangle choke in the first round of the main event to claim the vacated title. It was Zane’s eighth straight victory, with each coming via stoppage.