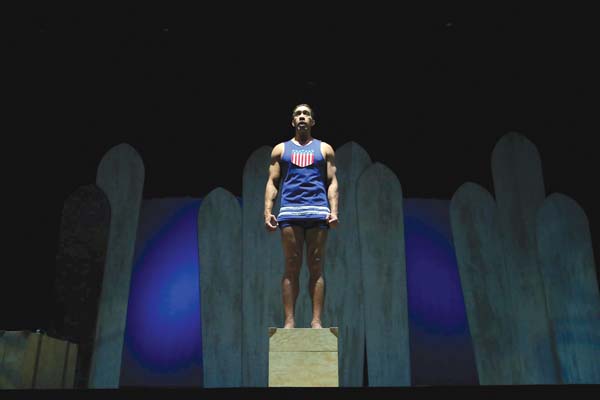 One of my favorite columns to write is at the end of the year, looking back on the finest performing arts showstoppers of the year. 2016 marks the sixth year that I have compiled a list of my personal favorite moments of the year, and inevitably due to our constantly growing live entertainment scene, limiting the list to just 10 has become increasingly more difficult. As I have said in the past, these perfect stage moments are in principle my choices for the best of 2016, but Maui crowd reactions are what dictates to me what deserves a look back as we welcome 2017.

10 Although it was 362 days ago, Jeff Ross’ roasting of volunteer audience members at Bill Maher’s annual New Year’s Day show was one of the funniest comedy bits that I witnessed all year. The biggest laugh came when Larry Feinberg, a regular attendee and supporter of the performing arts on Maui, took the stage. Ross greeted him by mocking his attire, “I’m sorry the casino wasn’t open tonight, sir.” Feinberg countered with, “We don’t gamble in Hawaii,” and Ross replied, “Have you seen your outfit?” As the senior Feinberg was dismissed, Ross added, “Good luck on whatever surgery you have coming up.”

9 Early this month in a review of “The Game’s Afoot,” I acknowledged that one of the funniest stage moments this season was Kathy Collins desperately pleading to an obtuse William Hubbard that she has a knife in her back. The scene got even funnier when, after her death, a bumbling Scott Smith and Hubbard dreadfully attempted to hide Collins’ floppy body.

8 Not to be excluded from the Top 10 is last week’s performance by Jim Gaffigan at Maui Arts & Cultural Center’s Castle Theater. Gaffigan had several lengthy observations that had the sold-out house in hysterics, but it was an encore retelling of his popular Hot Pocket tirade that brought down the house. In a mock conversation with a waiter offering Hot Pockets as the special, Gaffigan asked, “Can I get that cold in the center?” “Oh, it will be frozen in the center, sir. Or you can have it lava hot.” “Won’t that burn my mouth,” asked Gaffigan. “It will destroy your mouth, sir. It will be like rubber and you won’t be able to taste anything for a month.”

7 Of all the fine one-person shows presented on Maui in 2016, Moses Goods’ “Duke” was the finest. Goods’ portrayal of Duke Kahanamoku was a delight, and his use of light and projections gave the production a highly professional touch. The best moment was an optical illusion. Goods, in his Olympic swimming suit, pantomimed diving into the pool and then swimming, just as blue light and a projection of water and shimmering light shifted the audience perspective, so that it appeared we were sitting at the bottom of the pool watching Duke swim above us. 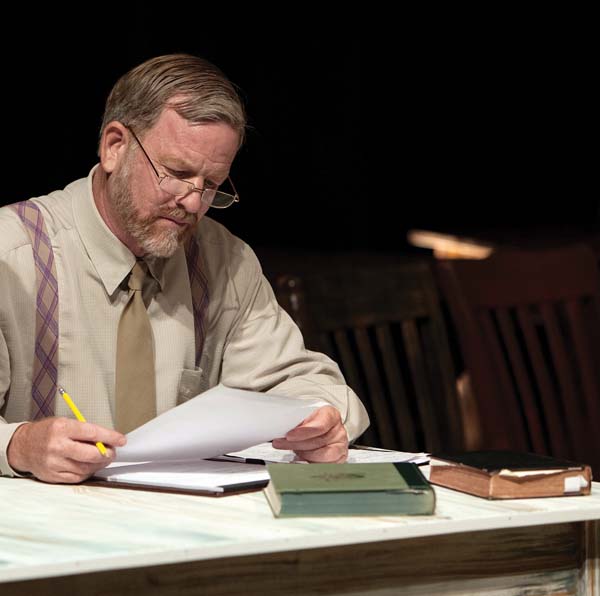 6 My favorite theatrical production of 2016 was Maui OnStage’s “Inherit the Wind,” and my favorite moment from the best show of the year was Don Carlson’s “Golden Dancer” monologue. Carlson captivated the audience with a childhood memory of a beautiful wooden rocking horse that he had once coveted. “I was 7 years old, and a very fine judge of rocking horses. Golden Dancer had a bright red mane, blue eyes, and she was gold all over, with purple spots. When the sun hit her stirrups, she was a dazzling sight to see.” His father had saved for months to purchase it, and the moment he began to rock, the toy horse crumbled underneath him, the wood was rotten. Portraying the attorney based on Clarence Darrow, Carlson summed up with, “Whenever you see something bright, shining, perfect-seeming, all gold, with purple spots — look behind the paint! And if it’s a lie, show it up for what it really is.”

5 All I really need to say for this one is “Supercalifragilisticexpialidocious.” This exceptional ensemble number elicited thunderous applause throughout the sold-out run of “Mary Poppins: The Broadway Musical.” Perhaps the main reason I’m including it on the list is due to watching so many little girls, between the ages of 6 and 10, getting so excited, singing along and even dancing in the aisles as the multitalented Sara Jelly, Chris Kepler and Marsi Smith led this infectiously blissful number.

4 On only one occasion this year did I actually laugh so hard that I was tearing up, lost my breath and was for several minutes unable to compose myself. That showstopping moment came at the hands of comic Steve McGrew, “The Hell Bent Southern Gent,” in performance with John Padon’s King Kamehameha Komedy Klub at the King Kamehameha Golf Club’s Waikapu Ballroom. McGrew’s moment was in mimicking the sound of a sickly Chihuahua, the undeniable sound just before a dog is about to vomit, then acting out an entire one-man scene in a frantic attempt to get a dog he didn’t even like off his bed and carrying it outside as it threw up all along the way.

3 The most hysterical number in “Spamalot” was “Knights of the Round Table,” which reinvented Camelot as a Las Vegas showroom with scantily clad dancing showgirls. But the showstopper came as Lina Krueger launched into an absolutely perfect lounge act complete with visiting the audience, sitting on laps, mocking pop singers and scat-singing in this absolutely dazzling soulful solo.

2 Kathryn Holtkamp’s astounding Act 1 exclamation point was “Someone Like You” from “Jekyll & Hyde: The Musical.” Many Broadway stars from musicals such as “Wicked” have performed in concert on Maui over the years, and when Holtkamp electrified the crowd singing “Someone like you found someone like me, then suddenly nothing is the same. My heart’s taken wing and I feel so alive, if someone like you found me,” she more than held her own alongside those well-known Broadway songstresses. 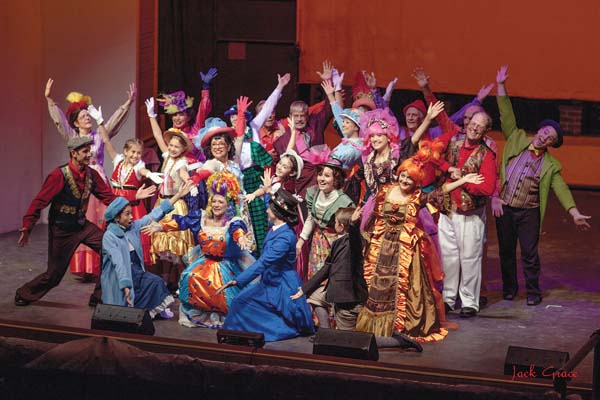 1 I always have a difficult time picking and then placing a Top 10 but never any difficulty choosing the No. 1 live-on-stage moment of the year. Because Bob Wills’ Broadway-worthy “Sit Down, You’re Rocking the Boat” from “Guys & Dolls” was so outstanding, I came back to the Historic Iao Theater just to pop in and watch this “11 o’clock number” four more times during the “Guys & Dolls” run. Wills as Nicely Nicely Johnson gave the best supporting performance of last season and his “Rocking the Boat” was worth the price of admission alone. 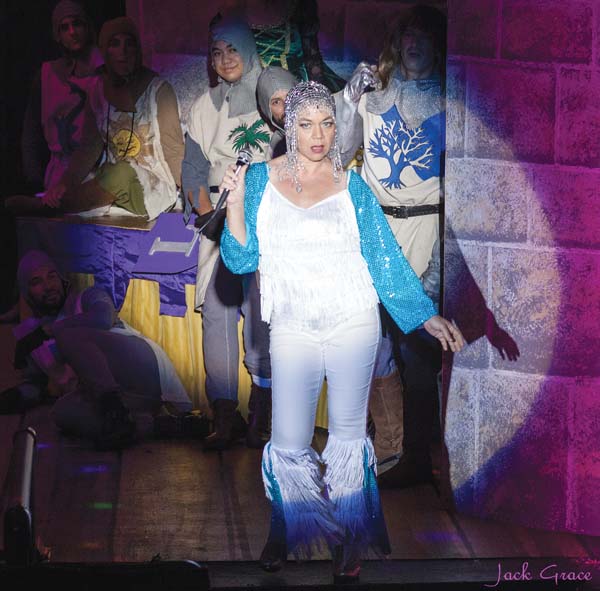 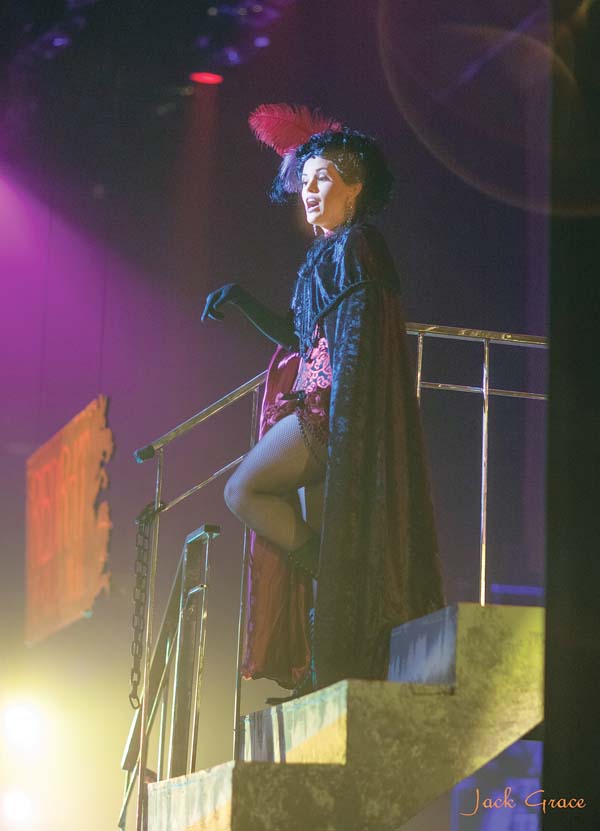 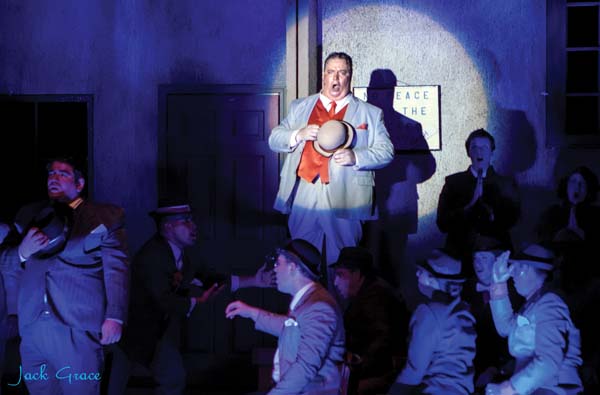