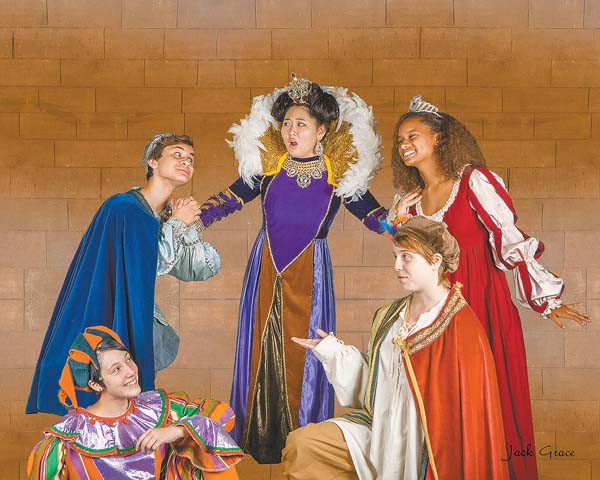 One hundred years ago, glow-in-the-dark wristwatches were all the rage — “Made possible by the magic of radium,” bragged one advertisement.

Next weekend, Seabury Hall Performing Arts opens Melanie Marnich’s “These Shining Lives,” based on the real-life catastrophe of the factory workers who adorned watches with radium paint. By the late 1920s, more than 50 young women had died of radium poisoning.

Historically referred to as “radium girls,” these women were initially delighted to find high-paying work. They earned 8 cents for each watch painted; if they were fast enough, they could earn $8 a day (about $120 in 2018).

The radium girls painted the watch numbers with radium causing the numbers to glow. In order to paint faster in such small detail, the girls were trained in “lip pointing.” After painting a number, they put the tip of the paintbrush between their lips to sharpen it, inevitably swallowing small amounts of radium hour after hour, day by day for years. 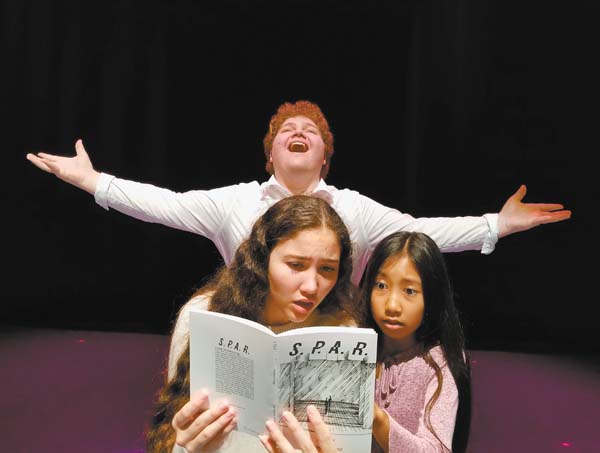 I asked director Sally Sefton why she chose “These Shining Lives” for her students.

“I am always in search of good scripts that have depth and life lessons for the students as well as the audience,” replied Sefton. “This play is especially perfect for me because it has very good roles for women, and it addresses issues about workplace safety regulations that are in danger of being repealed under the present administration.”

The radium workers rapidly fell ill with horrific consequences. Accounts ranged from decaying bones described as looking like Swiss cheese to collapsed spines and rotting teeth. One young woman went to the dentist to have a tooth extracted. When he pulled, her entire jaw came out.

“The actors in this production seem very concerned that we are getting the historic aspects of the daily life of the factory workers correct,” said Sefton. “They looked up the real-life story of each of their characters in various articles having to do with the subject of radium poisoning. They are also humbled by the characters they are representing on the stage.”

* Seabury Hall Performing Arts presents “These Shining Lives,” directed by Sally Sefton. Performances are at 7 p.m. Feb. 24, with additional performances at 7 p.m. Fridays and Saturdays, 3 p.m. Sundays through March 4 at the ‘A’ali’ikuhonua Creative Arts Center in Makwao. Tickets are $12 for adults, $10 for seniors and $5 for students. For more information or to purchase tickets online, visit www.seaburyhall.org. 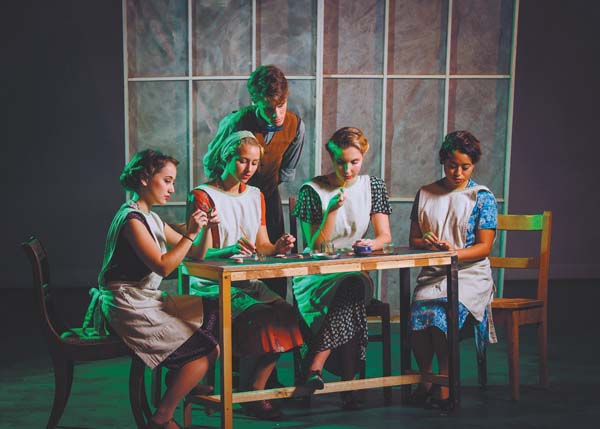 “Once Upon a Mattress” will forever be connected with Carol Burnett’s real-life fairy tale. At 21 years old, Burnett headed to Broadway with the dream of starring in a George Abbott musical.

Her break came five years later when she was considered by Richard Rodgers (Rodgers and Hammerstein) for the revival of “Babes in Arms.” Carol got a callback audition, but the producers decided they wanted a name.

That same day, she received a phone call from the office of George Abbott. He wanted an unknown for “Once Upon a Mattress.” His daughter Judith, a casting director, had seen Burnett’s nightclub act; the composer, Mary Rodgers, daughter of Richard, had received a glowing referral from her father. Burnett landed the leading role of Winnifred, “Mattress” became a huge hit and her star was born.

I asked director Linda Carnevale why she chose “Mattress” for the annual Baldwin High School musical.

“Long, long ago, when I was a youngster, I used to watch ‘The Carol Burnett Show’ on TV,” she replied. “I loved her. She could sing, dance and act. When I found out she was in ‘Once Upon a Mattress,’ I had to see it.”

Burnett reprised her role in two television versions of “Mattress,” and Carnevale shared that she saw the 1972 version.

“It really left an impression on me. I loved the comedy and the singing,” she said. “For a few years now, every time I think about which musical to do, I’ve had my eye on ‘Once Upon a Mattress.”

In this comical retelling of “The Princess and the Pea,” King Sextimus (Danyelle Contreras) has lost the ability to speak due to a curse. His terror of a wife, Queen Aggravain (Alexis Ong), has taken control of the kingdom. In an attempt to keep Prince Dauntless (Jaysen Giroux) single, she decrees that only a princess who can pass her test may marry her son, and no one in the kingdom may marry until the prince does. Enter Winnifred the Woebegone (Dominique Turner), who not only catches the prince’s eye, but is also up for the Queen’s seemingly impassable “sensitivity test.”

* Baldwin Theatre Guild presents “Once Upon a Mattress,” directed by Linda Carnevale, choreographed by Dejah Padon, under the musical direction of Tana Larson and conducted by Stephen Rodrigues. Performances are at 7 p.m. Fridays and Saturdays, 2 p.m. Sundays March 2 through 11, with an additional 2 p.m. matinee on Saturday, March 10 at the Baldwin Auditorium. Tickets are $12 for adults, $10 for seniors, $7 for youth ages 12 to 17 and $5 ages 11 and under and are available at the box office 45 minutes before show time.

“I really prefer to produce full-length plays, but one-acts are perfect for flexibility with casting and the number of participants,” says Camille Romero, Kamehameha Schools drama instructor and director.

In “S.P.A.R.” by Stephen Gregg, characters in a play meet their maker only to discover that they are fictional. How does one know if they are real or merely a character brought to life by a playwright? A contest of wills ensues between author and character and this comedic play leave audiences pondering what is real and what is theater.

The second one-act is “The Shakespeare Project,” adapted by James Zager from William Shakespeare. This abbreviated play presents Shakespeare’s most famous scenes in a contemporary style. Romeo and Juliet’s balcony scene becomes a late-night phone call, the witches from “Macbeth” are bag ladies, and Mark Antony’s “Julius Caesar” speech is a press conference.

” ‘The Shakespeare Project’ provides my students an opportunity to bring Shakespeare’s words to life, as well as learn about a variety of his plays and characters. Each actor studied not only their scene or soliloquy, but also the characters and the context of the play from which it was excerpted,” said Romero.

* Kamehameha Schools Drama Club presents “S.P.A.R.” and “The Shakespeare Project,” directed by Camille Romero. Performances are at 7 p.m. Fridays and Saturdays, March 2 through 11 at the Keopuolani Hale. Admission is free to all Kamehameha Schools productions.