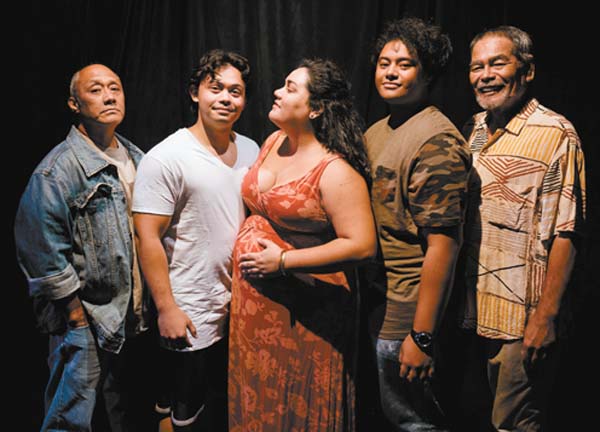 In Hollywood, writing a screenplay usually involves a team of producers asking for changes or buying the property outright and re-inventing the story — that is if you are lucky.

In theater, the answer from producers is almost always, “Thanks, but no thanks.” If a production company thinks your play has a limited audience appeal, the odds of seeing that play on stage are a long shot.

I interviewed two playwrights with upcoming Maui productions to discover how they defied those odds.

Oahu’s Kumu Kahua Theatre will present Hannah Ii-Epstein’s “Pakalolo Sweet” at 7:30 p.m. Nov. 9 and 10 in the McCoy Studio Theater at Maui Arts and Cultural Center in Kahului. I asked her to summarize the play.

“Junior Boy (Randall Galius Jr.), [is] a pakalolo [marijuana] grower set to take over his family business. At home, one evening, he talks story about his job and marijuana legalization with his pregnant girlfriend, best friend and grandfather. As the night progresses, Junior Boy’s father arrives with terrible news about their grow operation and questions if Junior Boy is at fault. What follows is unexpected and heartbreaking as we witness Junior Boy’s struggle to do what he believes is best for his ohana,” she shared. 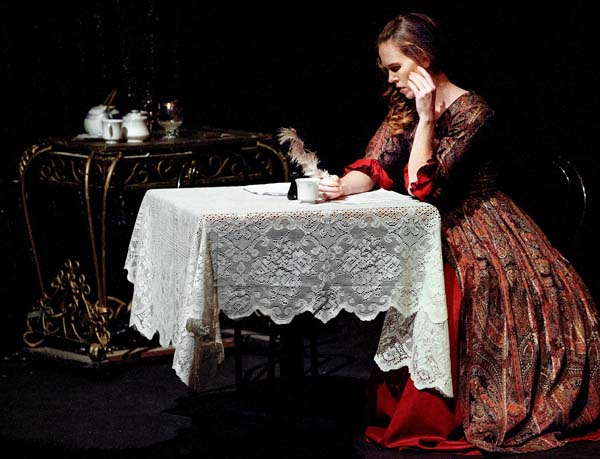 Local actress and playwright Lin McEwan in a scene from her show, “Vindication,” which follows the life of Mary Wollstonecraft, the 18th century architect of women’s rights and mother of Mary Shelley who wrote “Frankenstein.” “Vindication” will open at ProArts Playhouse in November. Jack Grace photo

“Pakalolo Sweet” is the second in Ii-Epstein’s trilogy set on Oahu, and explores a character introduced in her first play, “Not One Batu.”

Maui’s Lin McEwan, in a co-production with ProArts Maui, will open “Vindication” the same weekend at the ProArts Playhouse at Azeka Place Makai in Kihei.

Her dramatic bio-play follows the life of Mary Wollstonecraft (McEwan), arguably the 18th-century architect of women’s rights. Wollstonecraft’s manifesto, “A Vindication of the Rights of Woman,” is widely considered a seminal work of social philosophy.

In January, McEwan debuted the one-act version of “Vindication” at the Maui Fringe Theater Festival and since then, she has expanded her script into a full-length play. She shared of Wollstonecraft’s book: “I would be happy if this play inspired even one audience member to pick up that book.”

I asked McEwan what was the genesis of her play. 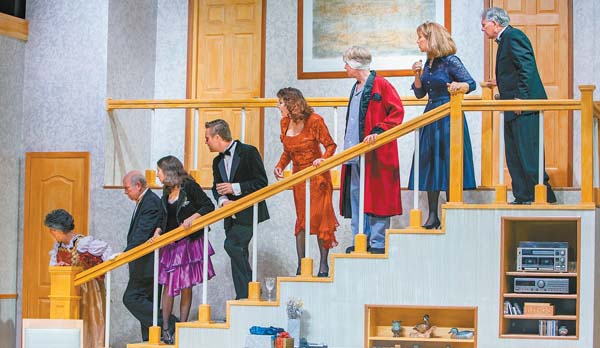 “I started writing about her daughter, Mary Shelley, in my mid-20s and became fascinated by [the] mother in researching Shelley. When I chose to do the Fringe, the deadline was a huge gift. I needed a deadline,” she said.

McEwan had been writing and developing a mini-series about Shelley for over 10 years.

“My writings on Shelley were too long, but in choosing a topic for Fringe, I realized I had a ton of research on her mother,” revealed McEwan.

I asked Ii-Epstein the same question about the origin of her play.

“During ‘Not One Batu,’ (director) Harry Wong III approached me saying he wanted more of that world; he wanted a trilogy in whatever way made sense for me. That got me thinking of William Ha’o. He acted in ‘Not One Batu’ as Uncle Makana, and did it in a way that was very different from what I envisioned in my head.

“His acting of this character got me so interested, that I wanted to know more. Where did Uncle Makana come from? Who is he? Who are the people he loves? These questions and more were my inspiration for ‘Pakalolo Sweet,’ and I was lucky enough to have William Ha’o in the cast,” she explained.

Ii-Epstein also shared her hope that attending “Pakalolo Sweet” will lead to a post-show audience conversation.

“To me, all good art can make people feel — whether that’s pain or joy, anger and frustration or satisfaction — good art makes people feel and talk about those feelings. That’s what I hope this play accomplishes,” Ii-Epstein added.

“I hope that in this current time, when women’s issues are being examined under such a powerful lens, audiences will be open to new thoughts and different ways of looking at the world,” confided McEwan. “This was a woman who wanted what all people want — to be the best version of themselves. She manifested that in herself, and yet greatly understood and appreciated her imperfections.”

I suggested to both authors that no two writers share the same creative process, even from play to play, and inquired if they had a routine.

“It’s so true that no two playwrights have the same process, as it is true for me that no two plays have the same process,” mused Ii-Epstein. “For ‘Pakalolo Sweet,’ I thought about it for an entire year before writing a word. When I did write, I wrote it over two weeks. There’s this thing that happens to me sometimes when writing, it’s almost like meditation. I cease to exist and my characters become alive — the characters make the decisions, and I am just the vessel in which their story is told.”

“I wrote the first version in three weeks, and the additional scenes for the extended version in two weeks” disclosed McEwan about “Vindication.”

“This one was just straight from brain to pen — or keyboard. It was more like recording conversations than writing. It’s fascinating how the brain works. I went back and found I was continuing scenes, referencing and foreshadowing without being conscious of doing that,” continued McEwan. “Then I [will] read it, think about what I was trying to achieve with a scene and tweak it if necessary. In the re-writing, I wanted to be as faithful as possible, trying to best encapsulate her (Wollstonecraft’s) ideas.”

I asked the two if they had any advice for actors or theater lovers that have longed to write a play.

“First, just get something on paper,” advises McEwan. “Get out what you can. Look long and hard at it. Be your toughest critic, and then think about how you would feel if you were given this script as an actor, director, designer, etc.

“Then attack it. The old adage is true — good writing is re-writing. In theater you have to think about every aspect: the lighting, the set, costume changes and the size of your cast. Remember that you are writing this for an entire community of people to produce, not one person to envision in their mind,” McEwan added.

“Two things,” offered Ii-Epstein. “One: write and don’t stop writing. There is no such thing as writers block. You may be scared; you may not be ready to write that thing; you may be stuck because you’re not thinking the way the character might think; you may be trying to make something work that’s not working; you may be hearing that thing in your head saying you’re not good enough; you may be over-thinking it; you may be working or doing laundry or have to cook dinner.

“There’s a thousand reasons why not to write, so give yourself permission to write, no matter what. No matter if you think your writing is crap, keep writing — go to a different scene, write a new play — just don’t stop writing,” she shared. “Two: don’t go back till you have a full first draft, from beginning to end.

“If in the middle of a scene and you’re like, ‘Crap! I should’ve added that other character in the beginning,’ or ‘Why didn’t I set this in outer space instead of Earth?,’ start writing from where you are. So many writers get stuck in the rewrite that they never finish a full first draft. That’s the key word — draft. There is no limit to how many drafts you can write,” concluded Ii-Epstein.

v ProArts Maui presents “Vindication” by Lin McEwan. Performances are at 7:30 p.m. Thursdays through Saturdays and 3 p.m. Sundays, Nov. 8 through 18 at the ProArts Playhouse at Azeka Place Makai in Kihei. Tickets are $26. “Vindication” contains adult themes. For more information or to purchase tickets, call 463-6550 or visit www.proartsmaui.com.

* Performances are at 7:30 p.m. Friday and Saturday and 3 p.m. Sunday at the Historic Iao Theater in Wailuku. Tickets range from $20 to $40. To purchase tickets for any Iao Theater event, call 242-6969 or order online at www.mauionstage.com.