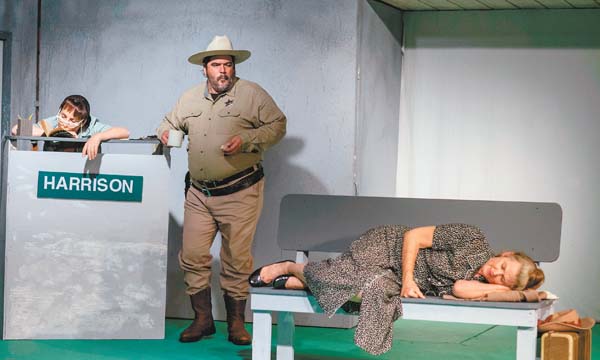 One of my favorite Backstage columns to write is the annual top 10 list of performing arts showstoppers at year’s end. These stage moments are my personal favorites, yet abundant audience enthusiasm is the actual deciding factor in what warrants a look back as we say aloha to 2018.

In the literal sense of showstopper, a dog wandered into the ProArts Playhouse during its January production of “The Trip to Bountiful.”

Not missing a beat, Francis Tau’a as the Sheriff quickly addressed the situation while fully remaining in character. As the animal’s owner went running onto the stage to fetch the dog, Tau’a remarked in his Texas accent, “Get that dog outta here. C’mon now, move it along.”

Hiding her face in a book, Ally Shore as Ruby the bus station clerk shook in a fit of laughter, as did the audience, in this perfect live theater moment handled so impeccably by the “Bountiful” cast that one could have thought it was staged. 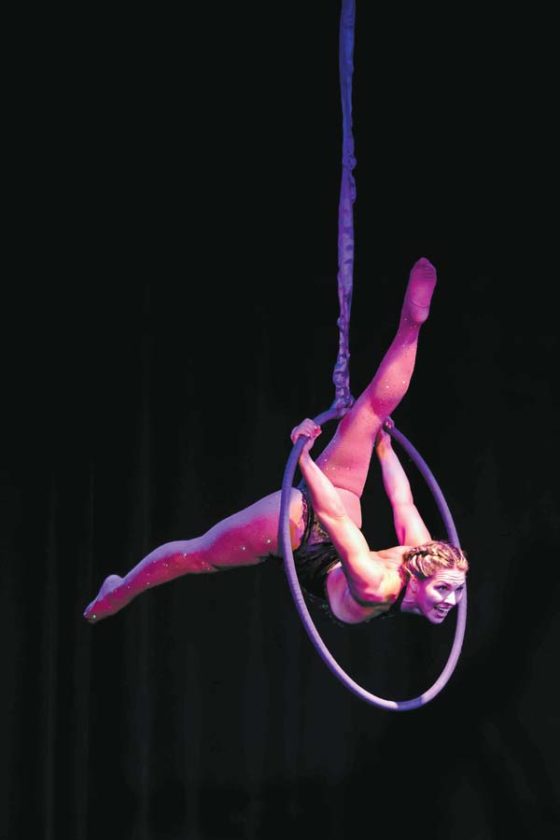 9. Soaring through a circle high above the stage. Chelsea Fine photo

9. Soaring through a circle high above the stage.

Beset with jaw-dropping moments, Maui Aerial Arts and Airmaid Productions’ “The Map of Leaving” more than wowed at the McCoy Studio Theater in November.

However, it was Amy Erikson’s high-flying Lyra act, “When Falling Feels Like Flying,” that left the sold-out crowd swept away. Erickson’s powerful strength placed her 30 feet above the stage — with no safety mat to fall upon — for more than five minutes.

At times clinging by only one hand, she swooped and swirled through her Lyra hoop with apparent ease, litheness and grace. Each sway and shift generated audible exclamations ranging from “oohs” and “ahhs” to gasps and “Oh my Gods!” 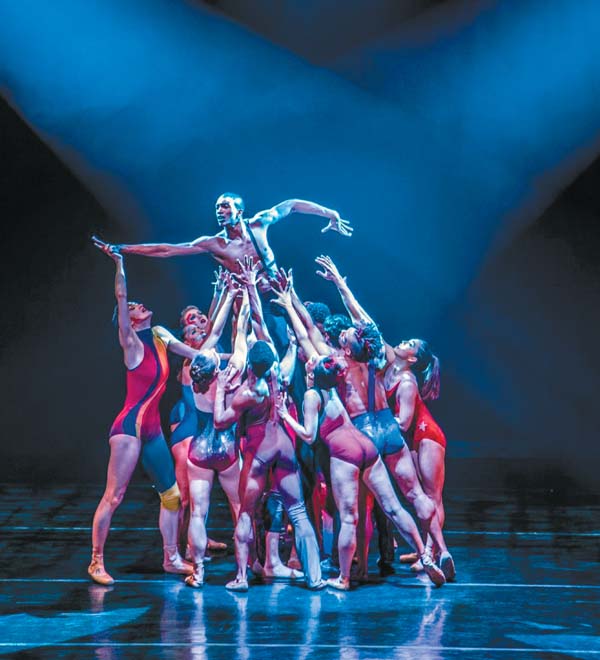 Complexions Contemporary Ballet’s March performance of “Star Dust: A Ballet Tribute to David Bowie” was not only one of the largest dance crowds I’ve ever witnessed at the Maui Arts & Cultural Center, but also the most zealous dance audience.

Choreographers Dwight Rhoden and Desmond Richardson may have invented the future of ballet. Though purists may not see it that way, the large Castle Theater crowd embraced the skilled dancers adorned in Ziggy Stardust-like glam-rock costumes as if they were attending a rock concert.

“Rock ‘n’ Roll Suicide” was the emotional showstopper and most striking segment. By the time of the joyous “Young Americans” and straight through “Star Dust’s” finale, the fiery and stylish performance had the Castle crowd on its feet singing and dancing.

When the truth was finally revealed in ProArts’ September production of “Other Desert Cities,” all in attendance were wholeheartedly stunned. Francis Tau’a as Lyman Wyeth finally broke the dam of denial at the family’s unhinged Christmas gathering, revealing the reality of son Henry’s suicide. 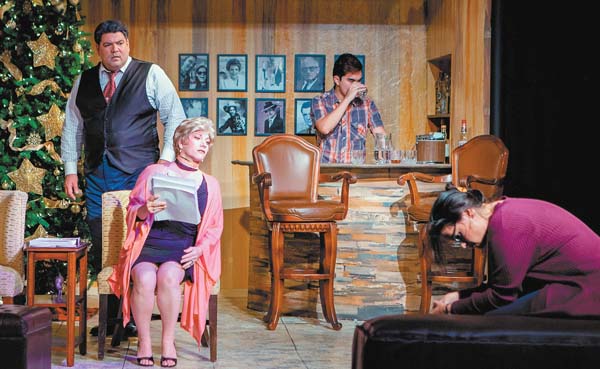 He and his wife Polly (Marsi Smith) had kept the secret buried for 25 years, and daughter Brooke (Kathryn Holtkamp) had suffered for most her life believing in a lie.

Smith, in her finest stage performance, disclosed that she and her husband had helped Henry, who was wanted for a terrorist crime, escape to Canada, and staged his suicide.

Holtkamp’s tempered struggle for breath without tears — as Tau’a was no longer able hold his tears back — was one the finest dramatic moments of 2018.

An active and versatile Francis Tau’a turned a theater hat trick in 2018, this time as Lenny in Maui OnStage’s powerful April production, “Of Mice and Men.” 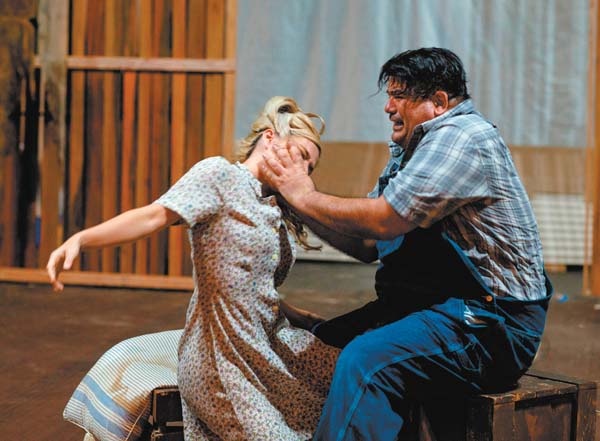 As a duo, the sobering and unsettling murder was masterfully achieved as Tau’a strangled, stifled, silenced and inevitably broke De Souza’s neck, tossing her lifeless body to the ground. The Historic Iao Theater crowd was disturbed and stunned by the most authentic stage scene of 2018. 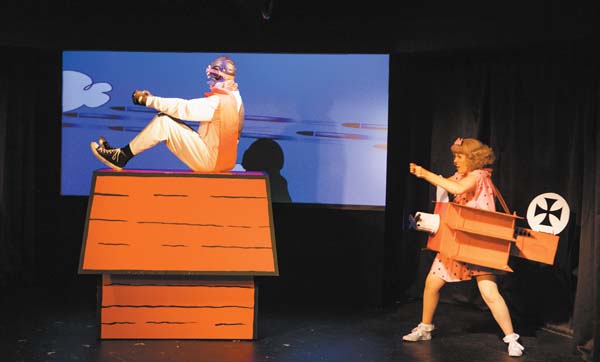 In what can be best described as a live cartoon on stage, this adorable and uproarious stage moment was a sumptuous feast for the eyes.

Perhaps the most flawless and ideal theatrical offering of 2018 was the Oh Boy Production of “Albatross” at the McCoy Studio Theater in August.

His singularly perfect moment came as he demonstrated and narrated the initiation of a “green” sailor — dropped into the sea by rope, retrieved and dropped again — while tossing the rigging rope into the McCoy crowd.

Classic fairy tale characters came to life under the direction of David C. Johnston and found an alternative happily ever after in Maui Academy of Performing Arts’ August production of “Into the Woods.”

Teeming with spectacular moments, the true showstopper came in its spellbinding finale, “No One Is Alone,” sung by the entire company. Like a fairy tale, the elegant vocals stirred the Castle Theater crowd in this moment as the full cast imparted Stephen Sondheim’s haunting melody and James Lapin’s rich lyrics — “You decide what’s right, you decide what’s good . . . maybe we forgot, they are not alone. No one is alone.”

In July, Maui OnStage showcased their greatest-ever technical achievement — it rained on stage at the Historic Iao Theater.

This duplication of the magical “Singin’ In The Rain” film moment to near perfection was artfully realized by set designer Caro Walker.

Though well-known as one of Maui’s finest directors and stage performers, Chris Kepler — in the Gene Kelly role of Don Lockwood — will now and forever be known for his triumphant performance of the five minute, euphoric showstopper. From the first drop of rain through Kepler’s water slides across the stage, umbrella juggling and his infectious smile, the audience erupted with applause.

I am still haunted by Maui OnStage’s “Cabaret’s” chilling conclusion in March at the Historic Iao Theater.

Director Kalani Whitford’s finale — sans curtain call — left the audience deeply moved and frozen in their seats. With a little theater magic, the orchestra disappeared into darkness — yet the music played on. The Emcee, played brilliantly by Bennett Cale, emerged as a Nazi SS officer.

Finally, the sight of a huddled naked mass of humans perishing in a gas chamber materialized in silhouette, as ashes fell from above the proscenium and a generator’s engine was heard. The image was so agonizing that on one evening an audience member angrily shouted, “Mother (expletive) Nazis.”

Great stage moments, uplifting or upsetting, are remembered forever, and this showstopper will surely never be forgotten by those that witnessed it. 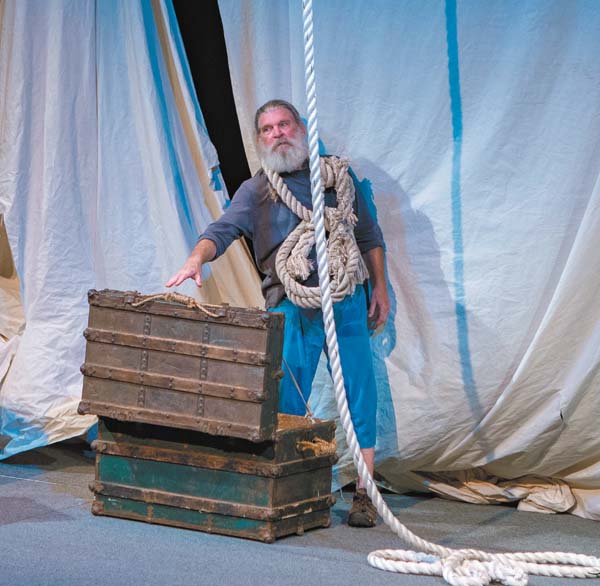 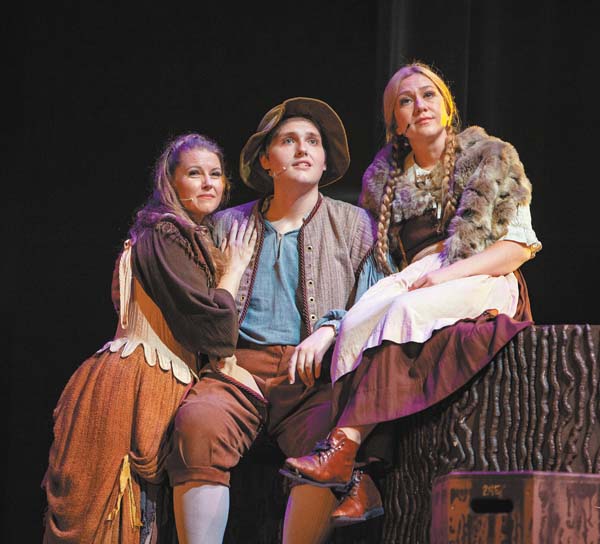 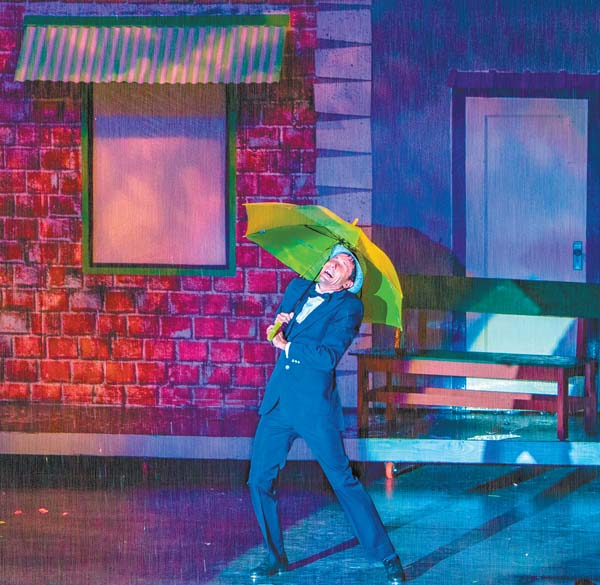 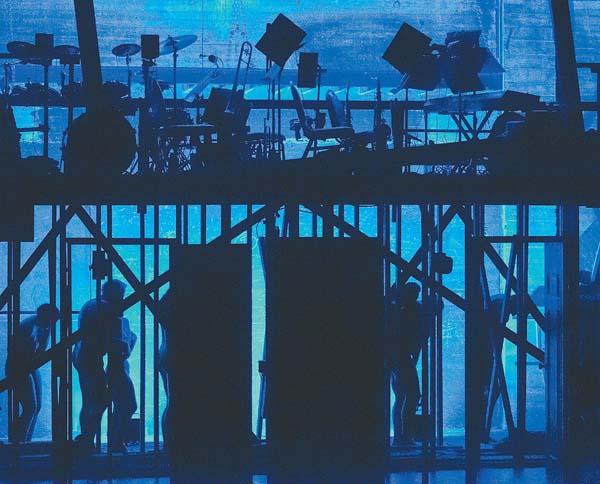