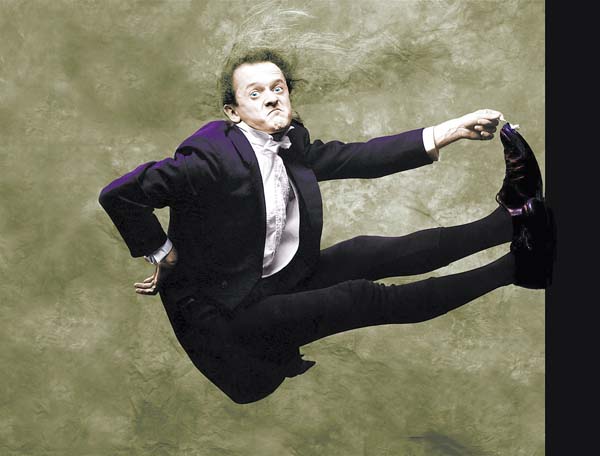 Equal parts old-time clown and Monty Pythonesque silly, Tomas Kubinek performs at 7:30 p.m. Friday, Feb. 8 in Castle Theater at the Maui Arts & Cultural Center in Kahului. Tickets are $30 and $40 (plus applicable fees), with half-priced tickets for children 12 and younger. To purchase tickets, visit the box office, call 242-7469 or order online at www.mauiarts.org. Photo courtesy the artist

As a small child in the former Czechoslovakia, Kubinek and his parents escaped in 1968 just after the invasion by the former Soviet Union. The family then spent two months in an Austrian refugee camp before being granted asylum in Canada.

At the age 5, now living in a Czech community in Ontario, Kubinek witnessed his first circus, sparking his interest. By age 9, he was performing, and at 13 he had an agent and performed in coffee-houses. He made his circus debut with a Brazilian clown duo as the rear half of a two-person horse. 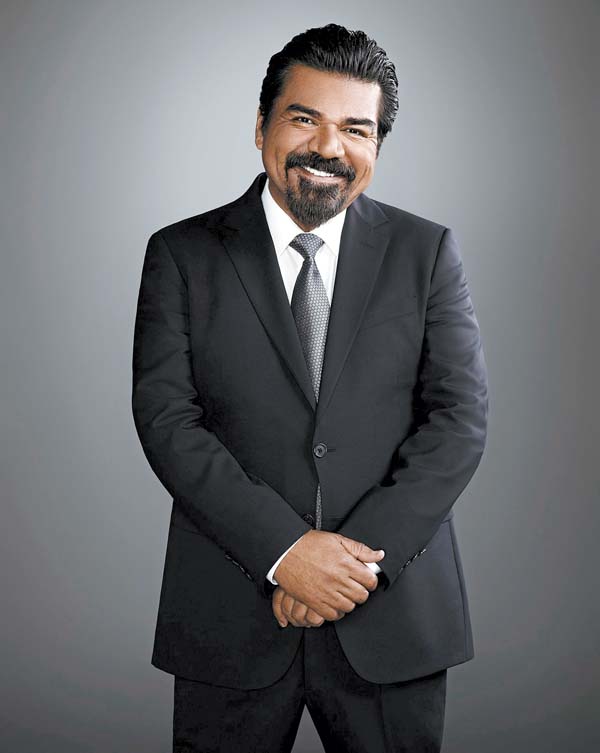 After that big break, says Kubinek, “there was no turning back.”

In addition to touring with his solo shows all over the globe for several decades, he credits one highlight as working with Circus Flora in St. Louis. Performing as the “guest villain,” he kidnapped an elephant, terrorized circus spectators and plummeted 40 feet into the ring after fencing on the high-wire with Tino Wallenda of The Flying Wallendas.

Kubinek might as well add acrobat and contortionist to his list of stage skills. His physical movement — reminiscent of silent film legends Charlie Chaplin and Buster Keaton — evokes both laughs and astonishment.

He defies gravity when donning a pair of wings to take flight over the stage and contorts his body into unbelievable positions requiring extraordinary balance — at times while balancing a full wine glass on his forehead and playing an ukulele behind his back.

The MACC presents “ArT=Mixx: EcoEvolution.” This popular, and free, visual and performing arts event from 7 to 11 p.m. Saturday returns in conjunction with its current art exhibit at the Schaefer International Gallery, “Surfing Hawai’i.” The theme of this ArT=Mixx is explored in the gallery exhibit through ocean ecology and the evolution of species and earth cycles.

This interactive social event that connects artist and audience in a fusion of performing and visual arts will feature music by DJ Maui UBF, video projections by Astral Nomad and live dance performances by Fuzz Box Productions.

This year, a private lounge on the balcony overlooking the stage performances will be available to those holding VIP tickets.

• ArT=Mixx takes place from 7 to 11 p.m. Saturday in the Yokouchi Pavilion and Courtyard at the MACC. This event is free and open to anyone 21 and older — costumes are encouraged. VIP tickets are $45 (plus applicable fees). To purchase tickets for any MACC event, visit the box office, call 242-7469 or order online at www.mauiarts.org.

Comedian and actor George Lopez returns to Maui with “The Wall World Tour.” Recently seen in the HBO comedy special of the same title in addition to many film and television projects, Lopez is one of the top touring comedians in America.

Currently seen on TV Land’s “Lopez,” the Grammy-nominated comic is best known for his long-running ABC sitcom, “George Lopez,” as well as the TBS late-night talk show, “Lopez Tonight.” Produced by Shep Gordon and Danny Zelisko Presents, this concert will be Lopez’s first appearance on Maui in seven years.

* This performance contains adult content and is not appropriate for children.

Join Filipino comedian Edwin San Juan for a Valentine’s Day weekend performance. Named Best Comedian on the Las Vegas Strip in 2015 by Las Vegas Weekly, San Juan is the resident headliner of the Las Vegas LIVE Comedy Club at Planet Hollywood Casino. Joining San Juan on the bill is Jose Dynamite along with many of Maui’s best comics.

ProArts will be holding auditions from 6 to 9 p.m. Monday for the Hawaii premier of “Avenue Q,” music and lyrics by Robert Lopez and Jeff Marx, book by Jeff Whitty, directed by David Belew and under the musical direction of Vania Jerome.

This multi-Tony Award-winning musical and irreverent adult comedy inspired by “Sesame Street” presents a puppet-filled world with R-rated realities that we face when we learn that real life isn’t as simple as we dreamed it might be.

For the audition on Monday, actors should prepare 36 bars from an upbeat song, and there will be some cold reading from the script. Scene and puppet work will begin on Tuesday at the callbacks.

“Avenue Q” will run weekends April 12 through May 5 at the ProArts Playhouse in Azeka Place Makai in Kihei.

Audition appointments are required and will be scheduled from 6 to 9 p.m. on Monday at a to-be-determined location. To schedule an appointment, call 463-0550. For updated information visit www.proartsmaui.com.