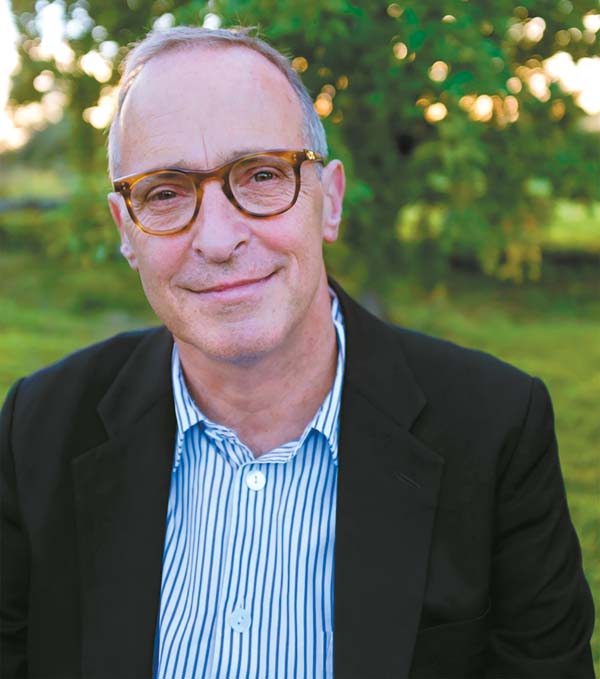 Humorist David Sedaris shares his sardonic wit at 7:30 p.m. Wednesday, Jan. 23 at Castle Theater at Maui Arts & Cultural Center. In addition to the show, there will be a Q&A session and postshow book signing. Tickets are $32, $39.50, $47 and $62 (plus applicable fees). For tickets or more information, visit the box office, call 242-7469 or go online to www.mauiarts.org. Ingrid Christie photo

When I last spoke with David Sedaris, the celebrated humorist and author ended up interviewing me, asking why I became a writer, and what my “process” was.

“It’s a test of perseverance,” he advised me. “No one has their hand out for you when you get out of school. The reality of it all is when most writers quit.”

Sedaris, who returns to perform at Castle Theater at Maui Arts & Cultural Center in Kahului later this month, spoke with me by phone from England just prior to the holidays, and this time he shared his writer’s journey.

“I started writing when I was 20, but I wish I started at 16. That would have given me four years to suck less,” he mused. “To be 22 and as bad of a writer as a 16-year- old was kind of embarrassing. It was seven years before I started showing anything to anyone — which was good for me. I’ve never understood the idea of ‘just put it out there.’ What if it sucks? I don’t think that negativity helps you become a better writer.”

Due to the time difference, our phone call occurred at midnight in England, and I greeted Sedaris by asking, “How have you been?” 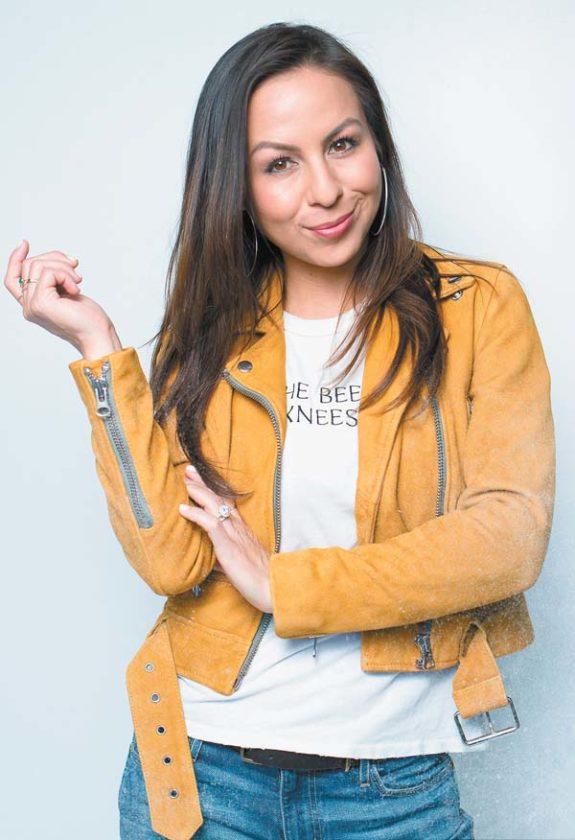 Anjelah Johnson visits the MACC with the “More of Me” tour on Jan. 18. Photo courtesy the artist

“Awful, I thought I had shingles, but I guess it’s not. Maybe it’s the flu,” he replied.

Looking on the bright side of being sick at Christmastime, he shared, “I love Nyquil — it’s fantastic. I love the taste — I’d put it on ice cream. But they don’t have Nyquil here, they have Night Nurse.”

This being his fourth appearance at the Castle Theater, I inquired if he had any special plans while visiting Maui.

“I don’t do anything on Maui. I like to take my walks and just see what I see. Last time, I saw a man whose car broke down in the middle of the road. So I offered to help him push it. I thought we were just going to the curb, but he just kept going — ‘How far do you expect me to push your (expletive) car?’ Then, there was a homeless lady pushing a guinea pig in a shopping cart. So I stopped and talked to her for awhile. Those are the things I put in my diaries.”

Famous for his amusing and attentive diary narratives, Sedaris recently sold a large portion of his writings to Yale University where they will become part of its permanent library.

“Yale just bought all of my early papers, and they have this pop-up installation of them. They’re some of my very first, and they’re so bad,” he said. “But maybe that is good. Maybe it gives people hope that you’ve got to start somewhere. They also bought all of my diaries, but they haven’t picked them up yet. They won’t be able to be read [them] until after my death, so I’m hoping to live forever.

“From the year 2000 on, I have my daily diary entries on a computer. So I’ve hired these two young people to transcribe all of the written diaries for me. I’m mortified, though, because they’re such sweet kids, and I’m going to have to kill them when they’re done. They know too much. It’s too bad because they’re smart kids, and they would have done a lot with their lives.”

Sedaris went on to explain how his daily writings shape his novels and tour readings.

“You don’t have to do anything extraordinary for a good diary entry. I was at a walk-in medical clinic in Seattle recently. And that day’s entry was just the details on sitting in a waiting room — you know what I mean — but it was a great diary entry.

“As I was sitting in the waiting room, I saw these two kids. One, a boy, was about 15 and his sister was about 7; they were waiting there for their mother or someone. He was so sweet to her and so attentive, and I just enjoyed watching how kind he was to his sister.

“Then a woman came out. I asked if they were her children, and she said she was their grandmother. Well, I had to tell her what wonderful children they were, and how sweet the boy was to his sister. And she thanked me, and said it meant a lot for me to say that. So that was a nice moment. But then we both got sent to the same imaging lab, and I’m now sitting there with them all day. What can I say now? I can’t top that moment. I hate it when that happens.”

“I have my walks and I meet people at Starbucks and Safeway. I love it when I find out the person’s name. Let’s say I’m at the airport, and a guy has a name tag that says, ‘Tim Chambers.’ Then I can say, ‘At the baggage carousel, Tim Chambers helped me with my bags.’ I often wonder, when things like that end up in my books, if those people ever see them. Would Tim Chambers say, ‘What the (expletive)?! Why is this guy writing about me? What’s wrong with him?’ “

At the end of our chat, I asked Sedaris if he had any special plans for the holidays.

“My sister Amy [the actress Amy Sedaris] is coming to visit Hugh [partner Hugh hayrick] and I for Christmas, and I’ve invited the kids over, too. I figure they should have one last nice Christmas before I kill them.”

ProArts presents “It’s Only A Play” by Terrence McNally. A wealthy first-time Broadway producer throws an opening night party at her Manhattan home where she is joined by the playwright, director, leading actor and other friends as all nervously await the late-night reviews.

• Performances are at 7:30 p.m. Thursdays through Saturdays, 3 p.m. Sundays, opening Friday, Jan. 11 and running through Jan. 27 at the ProArts Playhouse in Azeka Place Makai in Kihei. Tickets are $26. For more information or to purchase tickets for any ProArts event, call 463-6550 or visit www.proartsmaui.com.

Catch “Anjelah Johnson: More of Me Tour.” Former cast member of “MADtv,” Johnson’s comedy sketch “Bon Qui Qui,” playing a disgruntled fast food employee, has been viewed by over 75 million people. As her signature character, she’s released Bon Qui Qui songs, albums and music videos. The comedian and actress has also appeared in several comedy specials for Comedy Central and Netflix, along with the film “Mom’s Night Out.”

Participating in this year’s Fringe is Randy Noojin in “Seeger,” a multi-media solo show featuring the music of Pete Seeger.

“PolySHAMory,” written and performed by Kate Robards, is a riveting and wickedly funny award-winning new solo play in which she embarks on an exploration of self-discovery and true love through a polyamorous relationship.

Local playwright Wayne Moniz will present the world premiere of his latest play, “Cane Fire: The Hanapepe Massacre.” This historical tragedy chronicles the 1924 Kauai sugar mill strike of 500 Filipino workers who demanded a raise of $2 a day.

• The performances begin Friday, Jan. 18 and continue through Sunday, Jan. 20. Tickets are $15 per show with a limited number of $75 VIP passes available by phone only. The all-festival passes includes admission to the catered opening night party and closing night awards ceremony. For the complete festival schedule or to purchase tickets, visit www.mauionstage.com or call 242-6969.

The Maui Fringe Theater Festival contains adult content, and some shows may not be appropriate for children.

National anthem should be ‘America the Beautiful’