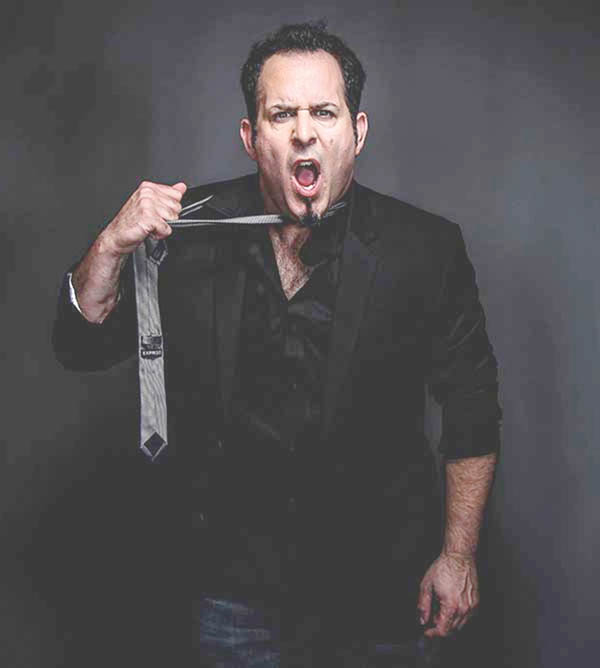 Craig Gass kicks off this trio of funny guys at 6:30 p.m. Thursday, Valentine’s Day at ProArts Playhouse in Kihei. Photo courtesy of the artist

While local theater and dance take a break as Valentine’s Day approaches, standup comedy takes center stage with three shows for Maui audiences to choose starting next week. If you’re planning a night on the town for Valentine’s weekend, advance reservations are essential.

I spoke with Las Vegas-based comedian Edwin San Juan, who makes his Maui debut next Friday night at the Maui Arts & Cultural Center in Kahului.

“I’ve played Oahu, but never on Maui. We’ll be doing two Oahu shows on Valentine’s Day and the next night on Maui,” he said.

San Juan, the headliner at the Las Vegas LIVE Comedy Club at Planet Hollywood Casino, was named Best Comedian on the Las Vegas Strip in 2015 by Las Vegas Weekly. He will be joined on stage with Jose Dynamite, along with many local comics.

“My first year here [Las Vegas] was amazing in how things just lined up for me. We didn’t do a lot of advertising, and the crowds just starting showing up by word of mouth. And then I was named Best Comic,” shared San Juan. 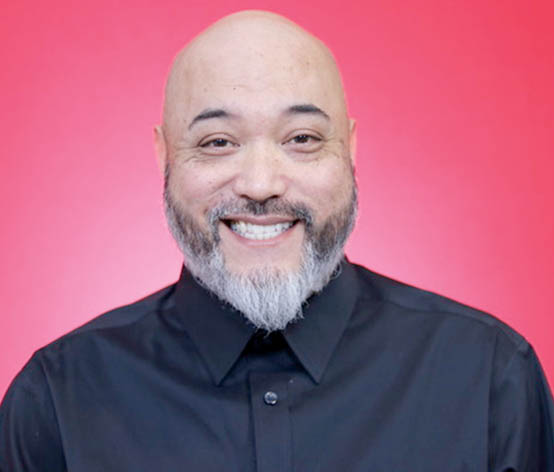 Edwin San Juan hits the stage at 7:30 p.m. Friday, Feb. 15 in the McCoy Studio Theater at the Maui Arts & Cultural Center in Kahului. Photo courtesy of the artist

San Juan revealed that his love of performing began as a child.

“It never hit that I would become a comedian until later in life, but I always wanted to be live on stage. It started when I was six or seven, and my parents would tell me to go up and sing at Shakey’s Pizza [in Cerritos, Calif.]. They had a piano player, and I would sing ‘Popeye the Sailor Man.’ Because of that I was never afraid of performing in front of people, because I was too young to be afraid,” San Jun explained.

I asked him who his comedy influences were.

“When I first started, it was Eddie Murphy. That was when he was doing ‘Delirious’ and ‘Raw.’ Then through Eddie that led me to appreciate Richard Pryor, then George Carlin and Lenny Bruce. Bruce was brilliant. He did so much for comedians regarding freedom of speech in an era with so much censorship,” he said.

“Love, laughter and paradise — they go together,” said San Juan when I asked why Maui audience should celebrate Valentine’s Day with him. 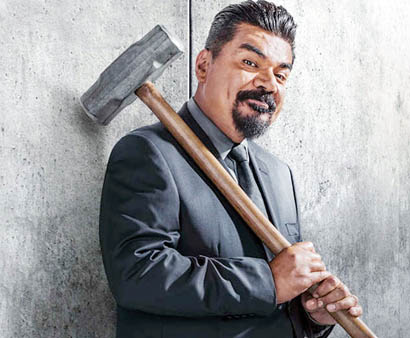 Top touring comedian and actor George Lopez returns to Maui after a seven-year hiatus, performing at 8 p.m. Sunday, Feb. 17 at the MACC’s Castle Theater. Photo courtesy of the artist

“I’m a brown brother making it happen,” the Filipino comedian added. “Come support the opportunities that are happening for comics of every culture. I can hold my weight with any comic out there. You’re in for a good time.”

To purchase tickets for any MACC event visit the MACC box office, call 242-7469 or order online at www.mauiarts.org.

Fans of “Family Guy” and “The Howard Stern Show” might recognize comedian Craig Gass’s spot-on impersonation of Al Pacino. Gass, who has also appeared on “The King of Queens,” “Sex and the City,” “American Dad” and the roasts of Gene Simmons and Dee Snider, will be in performance on Valentine’s Day at the ProArts Playhouse.

“I never really had an agent, all my TV roles appeared from people who were supporters of mine,” says Gass on his website. “One of Howard Stern’s writers got me the guest part as Miranda’s overweight glazed donut-eating boyfriend on ‘Sex in the City.’ Someone from the show called and said, ‘We heard you talking about your relationship this morning, and we think you’d play a really good insecure guy for a storyline we’re developing.’ My impression of Al Pacino on Stern was heard by one of the ‘Family Guy’ writers. All of a sudden, I’m in a recording studio with Seth McFarlane. Peter Griffin says, ‘This is crazier than when Al Pacino was a slum lord laundromat attendant.’ They cut to me, and I’m riffing the classic Pacino line from ‘…And Justice for All’ at this wall of broken washing machines, ‘You’re out of order! And you’re out of order!’ “

* Craig Gass performs at 6:30 p.m. Thursday, Feb. 14 at the ProArts Playhouse in Kihei. This event is for adults 21 and over only. Advanced ticket purchase is strongly advised due to limited number of seats at the intimate ProArts Playhouse. Tickets are $20 (plus applicable fees). For more information or to purchase tickets for any ProArts event, call 463-6550 or order online at www.proartsmaui.com.

Comedian and actor George Lopez will also be in performance with his “The Wall World Tour” on Sunday, Feb. 17, at the MACC. Produced by Shep Gordon and Danny Zelisko Presents, this comedy concert will be Lopez’s first appearance on Maui in seven years.

Recently seen in the HBO comedy special of the same title, Lopez is one of the top touring comedians in America in addition to many film and television projects. Currently seen on TV Land’s “Lopez,” the Grammy-nominated comic is best known for his long-running ABC sitcom “George Lopez” as well as the TBS late-night talk show “Lopez Tonight.”

* George Lopez performs at 8 p.m. in the MACC’s Castle Theater. Tickets range from $49 to $99. To purchase tickets for any MACC event, visit the MACC box office, call 242-7469 or order online at www.mauiarts.org. This performance contains adult content and is not appropriate for children. Don’t miss the interview with Lopez in this Sunday’s Pau Hana section of The Maui News.

Maui OnStage will be holding auditions for “The Boys Next Door” by Tom Griffin, directed by Ricky Jones. This comedy-drama centers around four mentally-challenged men who live in a group home. Appointments, scheduled in 10-minute increments, are required. Auditions begin at 6:30 p.m. on Monday, February 11, at the Historic Iao Theater. Actors should bring a headshot, resume and prepare a one- to two-minute monologue. Performances will run weekends April 26 through May 12 at the Historic Iao Theater. For character descriptions and more information visit www.mauionstage.com. To schedule an appointment call 244-8680.