March roars along with a variety of stage favorites

Cheeky theater and world-class dance . . . offer something for everyone 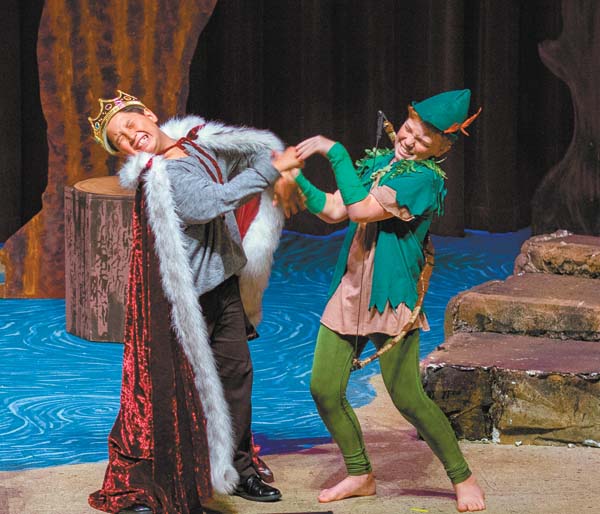 Kanoa Goring’s despicable Prince John (left) dukes it out with Makai Neustein as the title character in “Robin Hood and His Merry Men,” which concludes this weekend at Historic Iao Theater in Wailuku. Jack Grace photo

Irreverent satire appears to be the theme at the Historic Iao Theater in Wailuku this month with two send-up productions on traditional tales.

In the current Maui OnStage Youth Theater production of “Robin Hood and His Merry Men,” cheeky performances by a cast of 29 youths embrace breaching the fourth wall (or addressing the audience) and mockery in general.

As the one-hour play begins, the entire cast mills about apparently unaware that the audience has arrived — that is until Sara Oberg as the Stage Manager informs all that the show has begun.

Makayla Davis gives a wonderfully confident performance as the long-winded Narrator who is constantly corrected until she is finally shouted off the stage with cries of, “Get on with it,” by the cast.

Kanoa Goring as the despised Prince John complains to his henchman Kevin (Rylee Stout) of the ominous sound cue that is played every time his named is uttered. 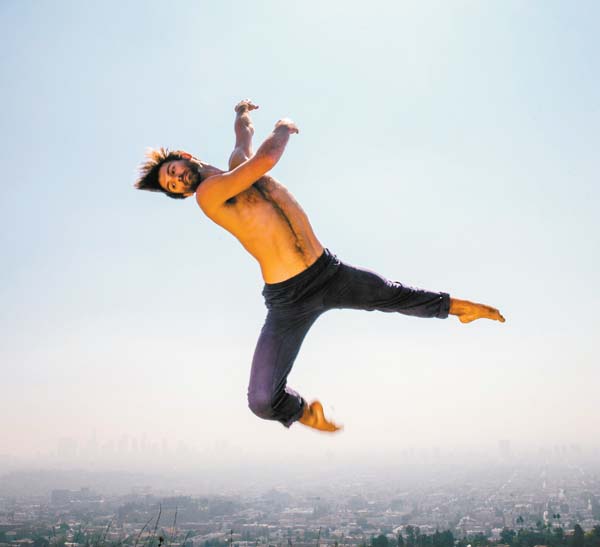 The hero, Robin Hood (Makai Neustein), grows frustrated over his cue lines which result in both early and late entries.

This modern and amusingly sarcastic script by Richard Gremel entertains with an unconventional style including a Lady Sheriff of Nottingham (Eloise Federer) and a contemporary, impertinent Maid Marian, well played by Georgia Eyerman. Director Tina Kailiponi brings surprises and a fresh and fractured take on a well-worn legend.

Performances are at 11 a.m. Saturday and 1 p.m. Sunday. Tickets are $10 for adults and $6 for children. To purchase tickets for any Historic Iao Theater event, call 242-6969 or order online at www.mauionstage.com. 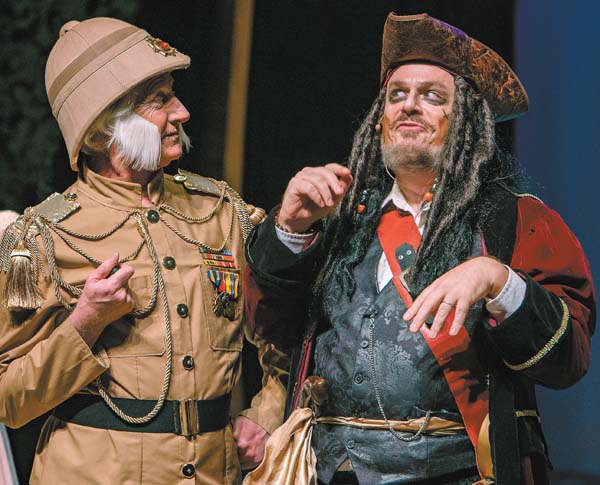 Also in Wailuku, the drama students of H.P. Baldwin High School are offering a wonderfully lavish and entertaining production of “Willy Wonka.”

Inventive and colorful costumes with sharp choreography by Dejah Padon and strong vocals by the leading characters enhance this delightful libretto based on the modern fable by Roald Dahl.

“Candy Man,” sung by Jaysen Giroux, is an early highlight, as is the performance throughout the entire show of Amber Seelig as Charlie Bucket. Seelig’s performance is so strong, she is more than ready to perform in local adult productions.

The curtains open to reveal a remarkably vibrant set, designed by Caro Walker, depicting the wonders one would anticipate of Wonka’s factory.

As enjoyable as these elements are, the highlight of “Willy Wonka” is the many musical appearances of the Oompa Loompas played by an all-ages ensemble including five Baby Oompa Loompas (Avayla Hurst, Cami Brown, Kaeo Hoe, Kaydence Hall and Trey Baysa). Adults and children of all ages should enjoy this fast paced, lively and accomplished production directed by Linda Carnevale.

• Baldwin Theatre Guild concludes Roald Dahl’s “Willy Wonka.” Performances are at 7 p.m. Friday and Saturday and 2 p.m. Sunday at the auditorium on the H.P. Baldwin High School campus in Wailuku. Tickets are $12 for adults, $10 for seniors, $7 for students ages 12 to 17 and $5 for ages 11 and younger, and are available at the box office 45 minutes before showtime.

• Performance is at 7:30 tonight in Castle Theater at the MACC in Kahului. Tickets are $35, $50 and $65 (plus applicable fees) with half-price tickets for ages 12 and younger. For tickets or more information, visit the box office, call 242-7469 or order online at www.mauiarts.org.

Maui-born actor Moses Goods returns tomorrow night with his latest one-person play “My Name is ‘Opukaha’ia.” The play takes the audience to different scenes from ‘Opukaha’ia’s life, including traumatic events from his youth, his arrival and residence in New England and his conversion to Christianity.

• Performance is at 7:30 p.m. Friday in McCoy Studio Theater at the MACC in Kahului. Tickets are $21 (plus applicable fees) with half price tickets for ages 12 and younger. For tickets or more information, visit the box office, call 242-7469 or order online at www.mauiarts.org.

• Performances are at 7:30 tonight through Saturday and at 3 p.m. Sunday at the ProArts Playhouse in Azeka Shopping Center Makai in Kihei. Tickets are $26. For more information or to purchase tickets for any ProArts event, call 463-6550 or visit www.proartsmaui.com.

Maui OnStage concludes Gilbert and Sullivan’s “The Pirates of Penzance.” This modern adaptation blends the classic operetta with the comedy styles of Mel Brooks and Monty Python.

• Performances are at 7:30 p.m. Friday and Saturday and at 3 p.m. Sunday at the Historic Iao Theater in Wailuku. Tickets are $20 to $40. For more information or to purchase tickets for any Iao Theater event, call 242-6969 or order online at www.mauionstage.com.

The MACC presents “Public Love” by Morgan Thorson and Collaborators.

• Performance is at 7:30 p.m. Wednesday in Castle Theater at the MACC. Tickets are $35 and $45 (plus applicable fees) with half price tickets for ages 12 and younger. For more information or to purchase tickets, visit the box office, call 242-7469 or order online at www .mauiarts.org.