‘The Boys Next Door’ 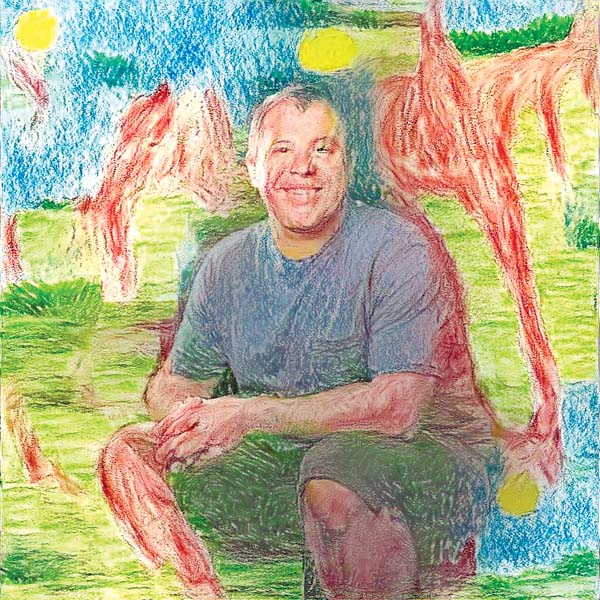 John Galvan (in illustration), Rueben Carrion, Frances Taua, Dan Church and Shane Borge star in Maui OnStage’s, “The Boys Next Door.” Performances are at 7:30 p.m. Fridays and Saturdays and 3 p.m. Sundays, opening Friday and running through May 12 at the Historic Iao Theater in Wailuku. Tickets are $20 to $40. For more information or to purchase tickets, call 242-6969 or order online at www.mauionstage.com. Brett wulfson photos and illustrations

“My fear is that our modern society is more sensitive. They may not allow themselves to experience all of the emotions this play has to offer — many of which are truly funny,” says Director Ricky Jones of “The Boys Next Door,” opening at 7:30 Friday night at the Historic Iao Theater in Wailuku.

Written in 1985, this dramedy explores the daily lives of Jack (Shane Borge), a young social worker, and his four intellectually challenged clients — Lucien (Rueben Carrion), Barry (Dan Church), Norman (John Galvan) and Arnold (Francis Taua). Most of the play is played out traditionally, but its author, Tom Griffin, provides many a scene where the characters directly address the audience.

Arnold is the first character we meet. He is the highest functioning member of the four, but possesses many obsessive-compulsive traits. While at the grocery, he asks an employee how many boxes of Wheaties to buy. The clerk callously advises him to buy 17 boxes, which Arnold attempts to do.

“As Lucien, I see it as a game. I’m having fun, but Francis is having a panic attack,” remarks Carrion, calling it his favorite scene.

“The emotional switches come so fast,” added Taua. “I don’t get this excited about anything, but Arnold is highly excitable. It is important that level of energy and every inference resonates as authentic. Otherwise, our portrayals would be doing the play a disservice — it would come across as a caricature.” 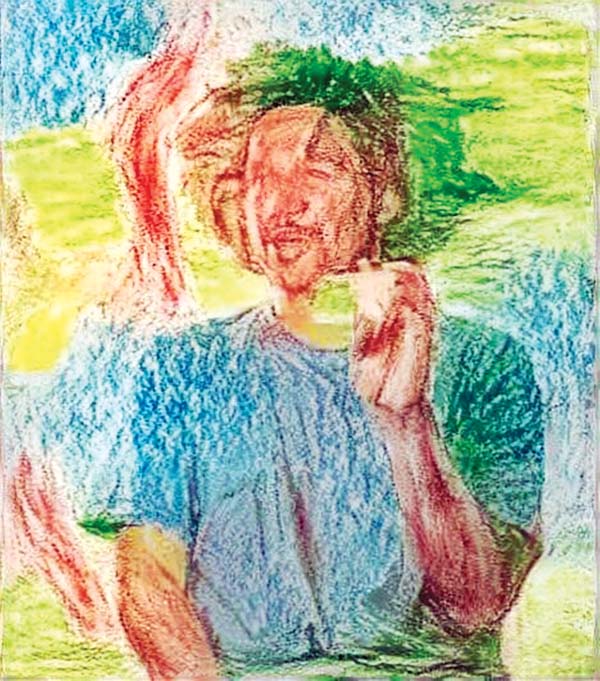 Mounting a truthful production of “The Boys Next Door” is no easy task. A common criticism is the caricature disservice of which Taua speaks.

“Boys” is not a somber drama. It’s a story filled with very funny, frantic scenes, and even more touching moments of great poignancy. For the play to thrive, the audience must be laughing with the characters, not at them, and the individual portrayals must be authentic.

“For me, I just went back to my childhood. He’s just a big old kid,” said Carrion of Lucien. “I’m looking at his world as if I was my child self. I don’t see him as disabled.”

“Any time you’re developing a character we ask, ‘Who is this person?’ I wanted to know who Barry was aside from his disabilities,” offered Church. “Then it was just a matter of putting his challenges on top — his disabilities do not define who he is.”

In researching Norman, Galvan joined a ride-along with a Bocha LLC employee and his client. Bocha, the sponsor of the Maui OnStage production, is a Maui behavioral health organization that provides support services to adults with special needs. 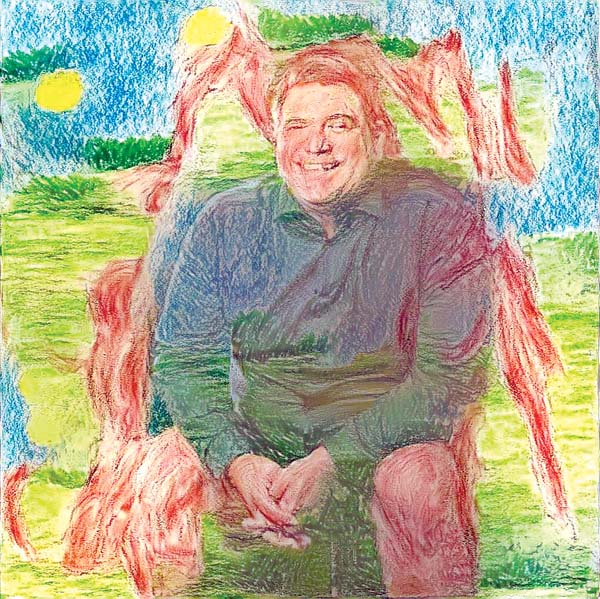 “Finding the mental state, the appropriate pauses and responses, and being in the mindset of a medium-functioning autistic adult is a challenge,” shared Galvan. “The ride-along was an amazing experience in both understanding the emotional process and the pauses in communication, and recognizing so many similarities.”

“The moments flip from hilarious, to intense, to powerfully emotional,” stated Church.

One of those moving moments comes when Lucien steps out to address the audience. His verbal capacity is limited, and he is unable to enlighten others on his mental state — which Griffin eloquently writes using Lucien’s internal thoughts as monologue.

“I stand before you, a middle-aged man in an uncomfortable suit; a man whose capacity for rational thought is somewhere between a five-year-old and an oyster. I am retarded. I am damaged. I am sick inside from so many hours and days and months and years of confusion, utter and profound confusion,” shares Lucien.

“With any show, the audience recognizes that they are not so different than the people on the stage. Whether it’s a story of villainy or love you will see elements of yourself,” adds Jones. “My hope is that our audience will have a greater understanding of this community, and they will see themselves in these characters. People might expect to gravitate towards Jack, but be surprised in seeing themselves in Arnold, Barry, Lucien and Norman. My hope is that they recognize that bond when they leave the theater.” 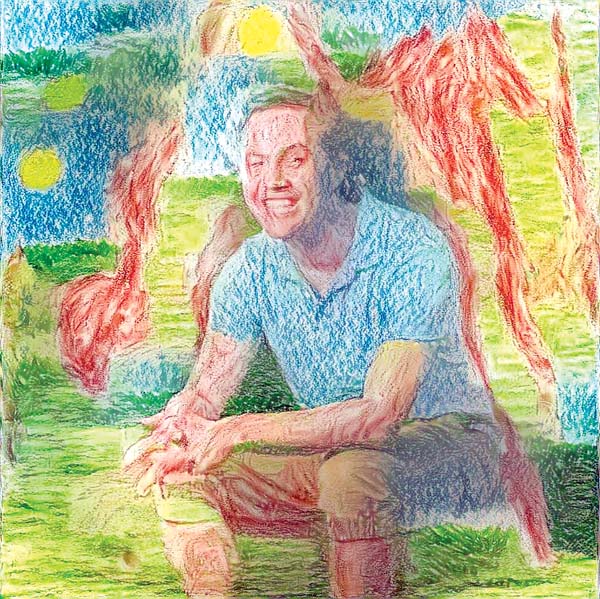 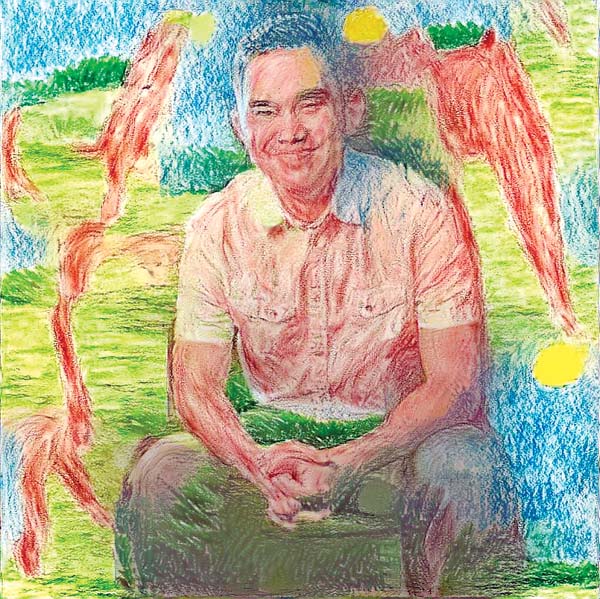 Director of dance David Ward recreates “Common Change,” the first modern piece staged at Seabury 30 years ago. This highly theatrical composition traces life from the splitting and merging of organisms to our chaotic modern world, through the circles and spirals of a constantly swirling mass of dancers, inevitably culminating in destruction, yet evolving into rebirth. Dancers of note included Bland and Tahiti Cabrinha in the leads.

The evening of dance culminates with a moving tribute to Prince, choreographed by Cerrito and set to familiar hits such as “Let’s Go Crazy,” “When Doves Cry” and “Purple Rain.” This engaging piece performed by members of the Ensemble and the Ballet III dancers is a memorable and touching crowd favorite.

• Seabury Hall Performing Arts concludes the final three performances of “Dance Showcase 2019,” featuring all levels of the award-winning program. Performances are at 7 p.m. Friday and Saturday and 3 p.m. Sunday in the ‘A’ali’ikuhonua Creative Arts Center on the Seabury Campus in Makawao. Tickets are $12 for adults, $10 for seniors and $5 for students. For more information or to purchase tickets, visit www.sea buryhall.org. 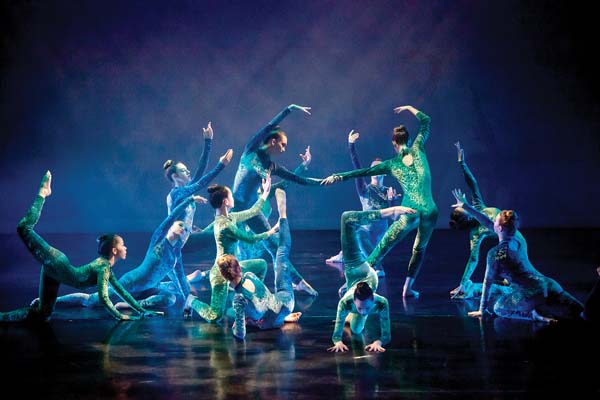 The Seabury Hall Dance Ensemble is one of several groups performing in “Dance Showcase 2019,” which concludes Sunday on the Makawao campus. Peter Swanzey photo

• Screening is at 7 p.m. Wednesday at the Maui Mall Megaplex 12 in Kahului. Reserved seats are $18.75 (plus applicable fees), and are available through www.fathom events.com.

• Performances are at 7:30 p.m. Thursdays through Saturdays and 3 p.m. Sundays through May 5 at the ProArts Playhouse at Azeka Shopping Center Makai. Tickets are $26. For more information or to purchase tickets, call 463-6550 or visit www.proartsmaui.com. “Avenue Q” contains adult content and is not appropriate for children.