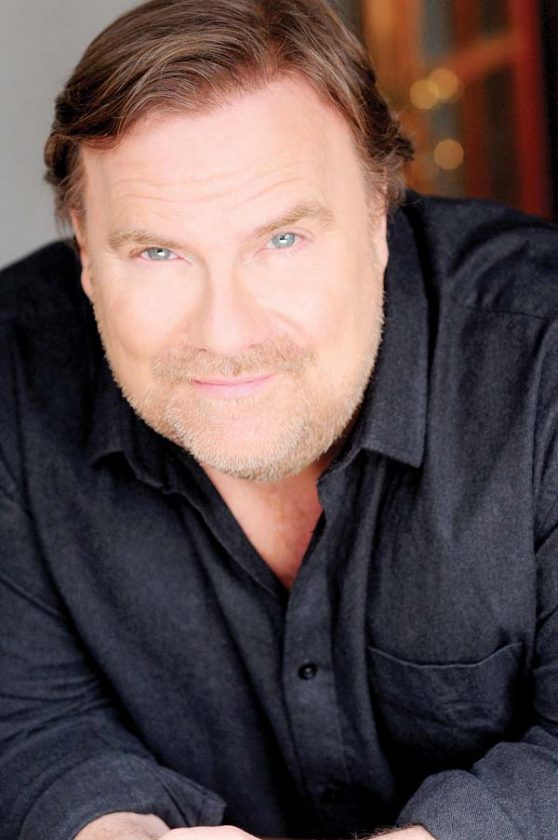 Kevin Farley (above) is joined by John Padon and Chuck Thompson at the first “Maui LIVE Comedy Series.” Performances are at 7:30 p.m. Friday and Saturday at the Historic Iao Theater in Wailuku. Tickets are $25 for general admission and $40 for premium reserved seats. For more information or to purchase tickets for any Iao Theater event, call 242-6969 or order online at www.mauionstage.com. Photo courtesy the artist

While working at The Friar’s Club of Beverly Hills 20 years ago, I frequently met and watched many Second City improv performers and up-and-coming comedians. Since writing this column, I occasionally have the chance to interview touring comics that I had once worked with at the Friar’s Club.

In 2002, I met Peter and Kevin Farley at a Friar’s Roast. Kevin, along with event producer and comedian John Padon, will kick-off the inaugural installment of the Maui LIVE Comedy Series this weekend at the Historic Iao Theater in Wailuku.

Born in Madison, Wis., Farley studied at the legendary Second City in Chicago, and it wasn’t long before he appeared in such films as “Black Sheep” with his brother Chris Farley and “The Waterboy” with Adam Sandler.

“Chris got me involved,” shared Kevin about his Second City comedy beginnings. “It was such an eye-opening thing. It was theater I could relate to. It wasn’t stuffy. It was entertaining; it made sense to me, and I thought, ‘I can do this.’

“I was enamored with the whole experience. I started off working in the kitchen, eventually got to go on stage and, in time, I moved to L.A. to pursue a comedy career.” 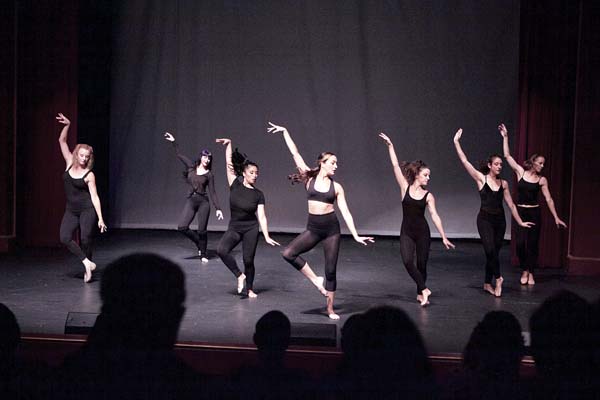 I asked if being part of a funny family shaped his interest in making people laugh for a living.

“As kids, we watched a lot of Mel Brooks movies and ‘Caddyshack.’ We must have watched ‘High Anxiety,’ ‘History of the World,’ ‘Blazing Saddles’ and ‘Young Frankenstein’ a thousand times. My mom and dad were very funny. There was an emphasis on humor to deal with life. My mom was kooky, and my dad had a great sense of humor — he loved telling jokes. They both looked at the funny side of life to deal with setbacks.”

Farley’s recent television credits include “Drunk History,” “Curb Your Enthusiasm,” “It’s Always Sunny in Philadelphia” and “Hawaii Five-O.” As a fan of “Drunk History,” I brought up his appearance as Al Capone in which the comical version of Capone juggles the severed male organs of his victims.

“Did they just call you up and say, ‘Do you want to play Al Capone and juggle severed penises?’ “ I inquired.

“Yeah, that was pretty much exactly how that conversation went, and I said, ‘Yeah, of course I do,’ “ replied Farley. “It took more practice than I thought. I’m not much of a juggler, but we only needed a few seconds of that, so luckily I didn’t have to juggle for too long.” 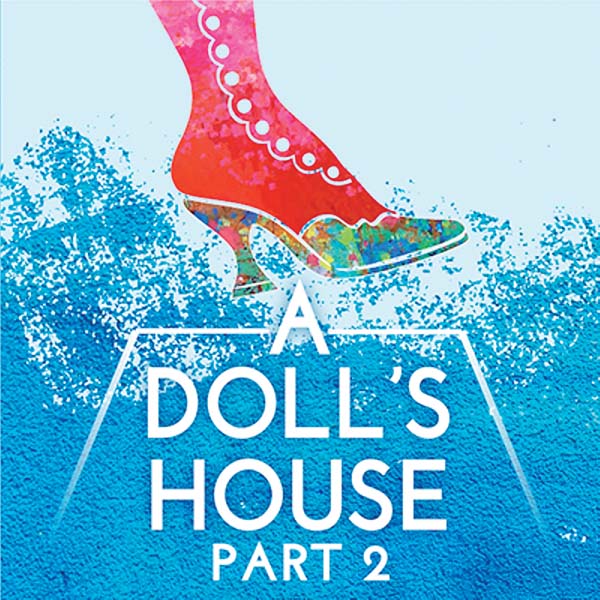 Farley moved behind the camera in 2011 as co-writer and co-director of “Hollywood & Wine” starring Chris Kattan, Pamela Anderson, Norm MacDonald and Chazz Palminteri, as well as directed the comedy, “Paranormal Movie” in 2013. He also co-produced the heartwarming biographical documentary, “I Am Chris Farley,” about his late brother Chris, and he currently stars on the animated Netflix series “F is for Family,” voicing numerous characters.

Now based in New York City, Farley continues to appear as a headliner onstage in stand-up comedy clubs such as The Laugh Factory, The Comedy Store and The Improv, in addition to opening for longtime friends such as David Spade, Chris Rock, Norm MacDonald, Jeff Ross, Todd Glass and Kevin Nealon.

Co-producer of the Maui LIVE Comedy Series, Padon was a writer for the Emmy award-winning “Wonder Years,” as well as the producer and director of National Lampoon’s “Spring Break.” Before relocating to Maui in 2015, he founded and operated the three-time winning “Best of Las Vegas” Sin City Comedy club inside Planet Hollywood Resort & Casino in Las Vegas.

Padon has made numerous television appearances on “The Tonight Show with Jay Leno,” “An Evening at the Improv” and “The A-List,” in addition to performing as a stand-up comedian for the past 30 years both as headliner and opening act for comics such as Leno, Jerry Seinfeld and Jeff Foxworthy in some of America’s top comedy clubs. Padon joins Farley on this weekend’s bill along with local comic Chuck Thompson.

As to why Maui audiences should join them at the “Maui LIVE Comedy Series,” Farley responded: “I’m really looking forward to coming out, and [am] tickled that I get to perform on Maui. I just want everyone to have a good time, leave their problems at home and come have fun.”

Maui OnStage’s ONO! series returns with a staged reading of “A Doll’s House, Part 2” by Lucas Hnath, and stars Don Carlson, Carol Lem, Jennifer Rose and Patty Lee Silva. This 2017 Tony Award-winning comedy explores gender roles and societal expectations through the eyes of a woman mired in an era for which she is simply too exceptional.

Nora Helmer is returning home after closing the door on her life with her husband, Torvald, and their three children 15 years prior. Her unexpected homecoming is met with recriminations as family drama unfolds in this comedic continuation of Henrik Ibsen’s 19th-century classic drama, “A Doll’s House.”

Performance is at 6:30 p.m. Monday at the Historic Iao Theater. The free ONO! events happen the second Monday of every month. For more information, visit www.mauionstage.com.

The Maui Academy of Performing Arts is currently seeking more than 100 ballerinas (male and female of all levels) for its holiday production of “The Nutcracker” in Castle Theater at the Maui Arts & Cultural Center in Kahului.

Students should wear ballet attire to their audition. Parents must fill out the audition forms in advance. Forms may be downloaded from www.mauiacademy.org and e-mailed to register@mauiacademy .org, or visit the MAPA office at 2050 Main Street, Suite 3G. For questions or more information, e-mail kathleen@mauiacademy.org.

OnStage Dance Company is calling dancers of all types to audition for its second annual dance revue from 6 to 9 p.m. on Tuesday and Thursday, Aug. 15 at the Historic Iao Theater. Dancers must be 16 years or older to audition and are not required to prepare anything for the audition, which will entail a warmup and a lyrical, contemporary, jazz and tap (if applicable) combination. Dancers are requested to wear appropriate shoes and dance attire. Rehearsals will vary depending on the choreographers, but will start soon after auditions. Tech rehearsals will take place from 6 to 9 p.m. on Jan. 8 and 9 with performances at 7:30 p.m. on Friday and Saturday and 3 p.m. on Sunday, Jan. 10 through 12 at the Historic Iao Theater. To sign up, visit www.mauionstage .com. For more information, email osdcmaui@gmail.com.

The Maui Fringe Theater Festival 2020 is now accepting original one-act play submissions. Fringe productions should be simplistic short plays (60 minutes or less) with minimal set and technical needs. If accepted, the entry fee for three performances in the competitive category is $500. One-night-only performance entry is $200. To be considered for early entry, waiving the Maui Fringe Theater Festival $20 submission fee, email your 60-minutes-or-less original one-act play to fringe@mauionstage.com by Friday, Sept. 13.

Fringe productions in the competitive category will be judged by a panel of impartial jurors from the Maui theater community and will be eligible for cash prizes up to $500. All participating producers receive 50 percent of box office sales. The 10th annual Maui Fringe Theater Festival will take place from Friday, Jan. 24 through Sunday, Jan. 26 at the Historic Iao Theater. For complete rules, additional guidelines and an application, visit www.mauionstage.com.