Lanai Academy of Performing Arts needs shades, the future is so bright 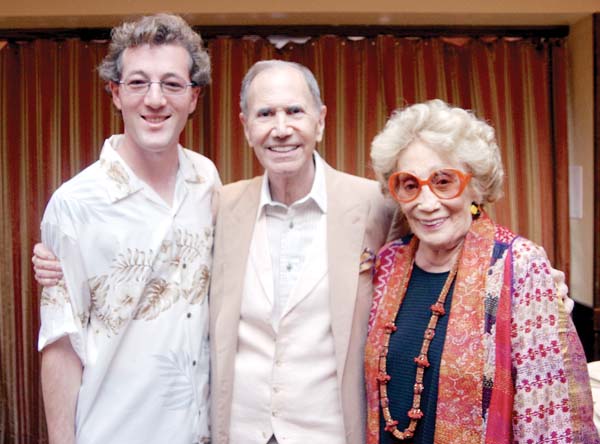 Even the casual theater fan on Maui has been exposed to Music Theatre International, one of the most prestigious theatrical licensing agencies providing the rights to youth, community and professional theaters around the world. Their titles have been performed by more than 70,000 theatrical organizations in the U.S. and over 60 countries. In 2019 on Maui alone, MTI licensed productions have included “Annie,” Avenue Q,” “Frozen, JR,” “Legally Blonde, JR,” “Mamma Mia!,” “My Son Pinocchio, JR,” and “Once on This Island, JR.”

An industry leader in educational theater, Co-Chairman Freddie Gershon launched MTI’s Broadway Junior musicals in 1996. Out of that commitment to youth theater, eight American dramatic educators are honored annually with the Freddie G Fellowship award and invited to participate in seminars with Broadway greats.

One of the eight teachers selected was Lanai City’s Matt Glickstein of the Lanai Academy of Performing Arts. In addition to the all-expense paid trip to New York City and four days of classes and activities in staging musicals, each school received $5,000 from Freddie and Myrna Gershon to be used by the winning youth theater programs.

“The four days fully engaged the winning teachers in the Broadway musical theater world and provided one-of-a-kind learning opportunities for them to take back to their schools, students and communities,” said Freddie Gershon. “These teachers perform inspiring work with limited financial resources. We wanted to give them the opportunity to live the Broadway experience and interact with qualified professionals to reward them for all they do to introduce the next generations to live theater and simultaneously enhance their knowledge, skills and experience. 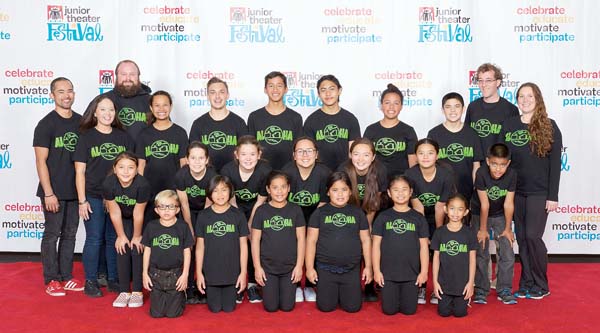 “Without teachers there is no Broadway Junior,” he added.

I shared with Glickstein that I wasn’t familiar with the Freddie G Fellowship and asked him to share his experience at the seminar.

“The experience was as amazing as it sounds. Freddie and Myrna Gershon, who created this award to support teachers and help grow musical theater programs across the country, are the kindest, most genuine people,” he revealed.

“They spent a lot of time with us, getting to know everyone and their program, and even asked for feedback how to make the experience better for the next year’s class. We got to attend the Broadway musical, ‘The Prom,’ and have a private backstage tour with a member of the cast.

“The best part to me was making new friendships with seven other teachers and being able to share our experiences and challenges together. This was the tenth year of the Freddie G Fellowship, so there is a network of about 80 other teachers from across the country, and now through a website and private Facebook group, these teachers are all connected. What an honor to be a part of this group, and a great resource.” 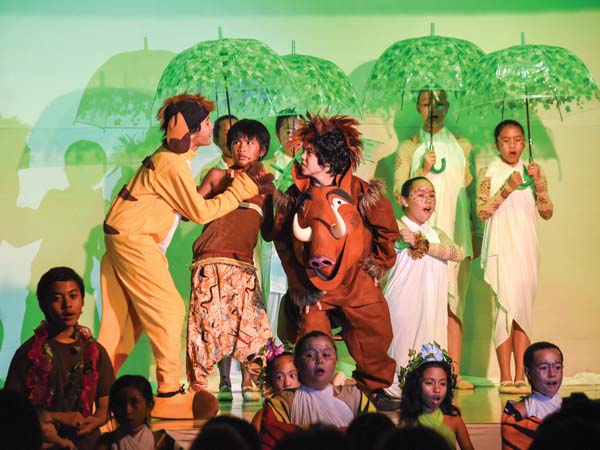 A scene from “The Lion King, JR” (courtesy Lanai Academy of Performing Arts).

Glickstein expounded on his hopes for the future of LAPA and how the awarded funds would be utilized.

“We’ll be using the money to purchase some new staging equipment — movable stairs, which will really come in handy in creating sets and different levels on our small stage [at the Lanai High and Elementary School cafeteria]. Our long-term goal is to get our own facility built — a theater that can be used as a shared space by the Lanai community.”

I asked how his interest in theater began.

“I took piano lessons since I was five and knew I wanted to do something with music, but it wasn’t until I was at the University of Redlands that I fell in love with theater,” he shared. “I wrote a musical and had it performed by students for my senior project, and it was the greatest experience of my life. Ever since then, I knew I wanted to be able to share the magic of theater with others.”

Originally from Oahu, I wondered how Glickstein ended up on Lanai doing youth theater. 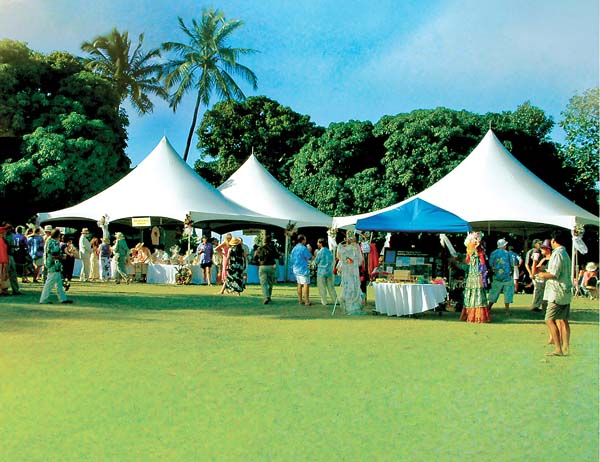 “After graduating, I spent a year working for a Disney composer and living in L.A. While I really enjoyed learning and songwriting with other musicians, I also had a passion for working with kids and wanted to find a way to combine these,” he explains. “I moved back home to Oahu and attended UH for a post-baccalaureate in music education. I wound up meeting my wife in those classes. She was offered a job as the band director on Lanai right after she graduated, and so we both moved here in 2008.

“While working at Lanai High & Elementary School as an educational assistant, I was able to bring music into the classroom. Doing these songs inspired me to write an original show called ‘Island Below the Star,’ based on a children’s book. That show was performed by Lanai high and elementary school students in the old movie theater. I saw that the students and the community loved theater, and I knew I had to continue to find a way to keep it going. I founded the Lanai Academy of Performing Arts during the process of putting on ‘Island Below the Star.’ “

Since 2013, Glickstein has staged several musicals and taken his students on many off-island theater field trips such as attending the national tour of “The Lion King” on Oahu (2013), presenting “Annie, JR” (2014), “Shrek the Musical, JR” (2016), “Lion King, JR” (2017), and “Aladdin, JR” (2018). The troupe of Lanai student actors has also attended performances of “Elf the Musical,” “Mary Poppins,” “Spamalot” and “Guys and Dolls” at the Historic Iao Theater as well as Maui Academy of Performing Arts youth productions of “The Little Mermaid,” “Mulan, JR” and last summer’s “The Lion King, JR.”

LAPA also attended the Junior Theater Festival West in Sacramento, Calif. this year where the students won an Excellence in Acting award and Glickstein was selected for the Freddie G Fellowship.

Although the school year has just begun, LAPA is already hard at work on their next show. 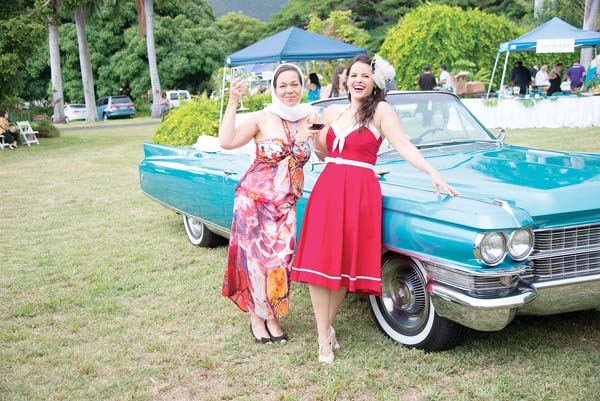 Lina Aiko Krueger (left) and Kathryn Holtkamp get into the spirit of the evening. Photo courtesy MAPA

“We’re excited about our upcoming original production, ‘Day of Conquest: The Story of Kaulula’au,’ “ said Glickstein. “We’ve been writing it for the past several years, and the LAPA students have even helped create characters and been part of the collaborative process.”

“We’re very excited to share this story so special to Lanai with the community here and beyond,” he stated.

Join the Maui Academy of Performing Arts for their 31st annual Garden Party on the beautiful shady lawn of the Yokouchi Family Estate in Wailuku from 1 to 5 p.m. Sunday, Oct. 6. Enjoy a chef’s festival with gourmet cuisine, fine wines, live music, and silent and live auctions including artwork that is created onsite by well-known Maui artists.

Proceeds benefit MAPA’s educational performing arts programs including their December production of “The Nutcracker” at the Maui Arts & Cultural Center. All-inclusive tickets are $85. The Garden Party is a 21 and over event.

For more information or to purchase tickets and reserved tables of ten visit www.mauiacademy.org.