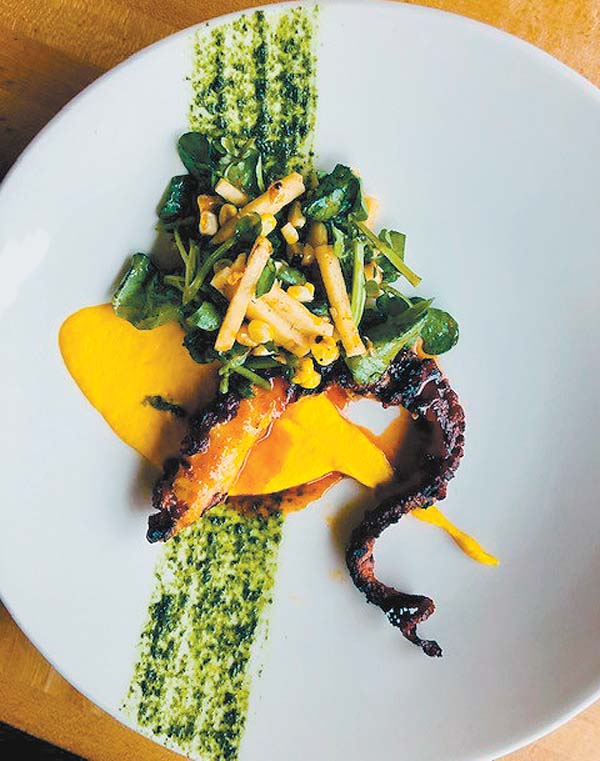 Spanish octopus will be charred in a gochujang sauce. Sansei photos

“Kampai!” is Japanese for “cheers” in a drinking toast. Its literal translation means “dry cup.”

The reception kicks off at 6 p.m. and the dinner follows at 6:30 p.m. at the award-winning restaurant near Foodland on South Kihei Road.

“In its purist form, sake brings forth the savory ‘umami’ magic that delights chefs and diners alike. Add it to craft cocktails created by talented hipster mixologists, and dinner becomes an exciting adventure,” he says. 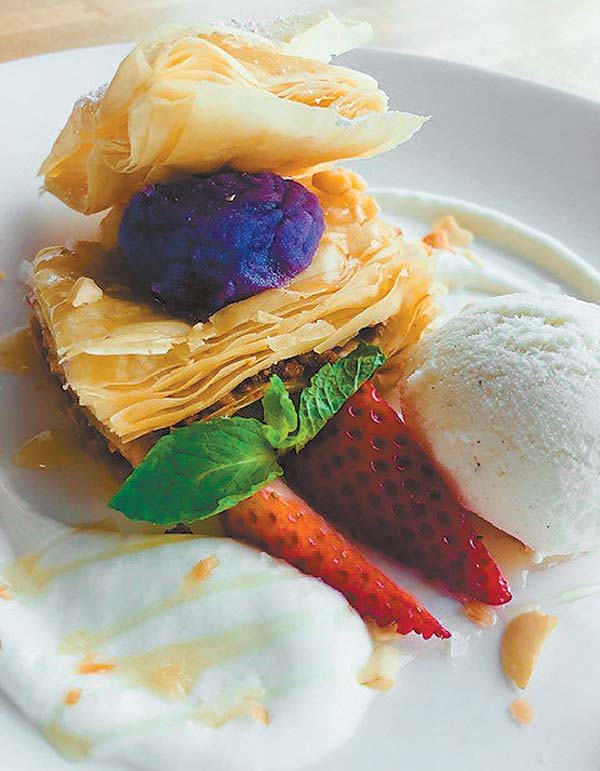 The appetizer Haru No Hassun Moriawase was designed by Sansei Corporate Sushi Chef Masa Hattori. It is the chef selection of sashimi and other delicacies such as crab and scallop with dashi jelly and tobiko; grilled shio-koji salmon and spring vegetables with sweet yuzu miso sauce; locally caught marlin Asian style with lobster ceviche and harusame salad; and housemade tamago yaki (Japanese omelet) and tsukemono (pickled vegetables).

Sip the A-lister of the sake world, Showers of Blossoms Junmai Daiginjo — Hyogo; and the Under the Influence cocktail with Showers in it. A cocktail made with Kotsuzumi Showers of Blossoms blends Gonzalez Byass Amontillado sherry, Ho Farms local grape tomatoes, fresh lemon, cane syrup, sesame salt. 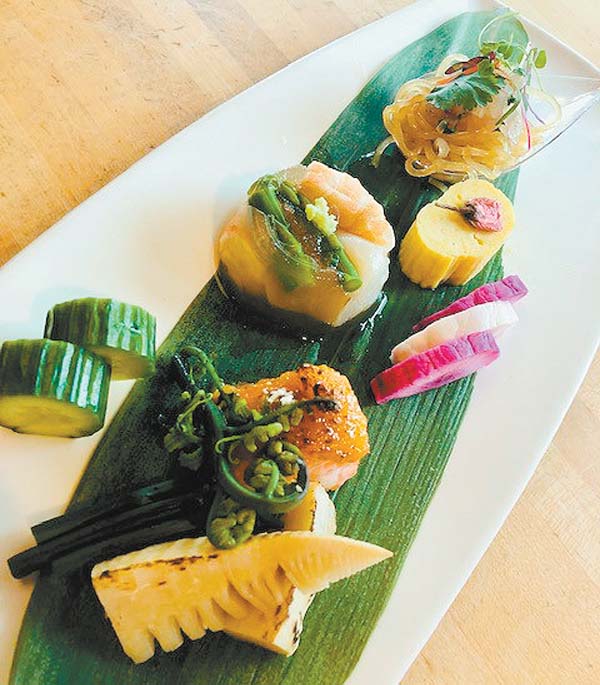 The moriawase appetizer is a chef’s selection of fine sushi, sashimi and other Japanese delicacies — all paired with craft sake and cocktails throughout the meal.

A sashimi and nigiri sushi course of the trendy kind and more drinks follow. Dessert by DK Restaurant Pastry Chef Cherie Pascual and coffee or tea tops it off. The cost is $89 per person, including tax and tip.