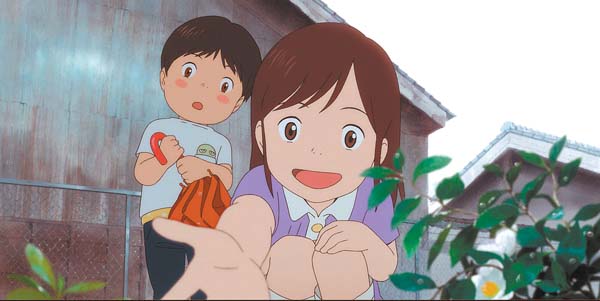 Maui Scene’s minireviews, excerpts of wire service reviews and previews are provided by studios and other sources.

Captured live from the National Theatre, Ralph Fiennes and Sophie Okonedo play Shakespeare’s famous fated couple in his great tragedy of politics, passion and power. Caesar and his assassins are dead. General Mark Antony now rules alongside his fellow defenders of Rome. But at the fringes of a war-torn empire the Egyptian Queen Cleopatra and Mark Antony have fallen fiercely in love. In a tragic fight between devotion and duty, obsession becomes a catalyst for war. Director Simon Godwin returns to National Theatre Live with this hotly anticipated production.

An uncontrolled forest fire rages close to the Canadian border, and when Jerry loses his job — and his sense of purpose –he decides to join the cause of fighting the fire, leaving his wife and son to fend for themselves. Starring Jake Gyllenhaal, Carey Mulligan and Ed Oxenbould.

In the 1940s, little Ralphie tries to convince his parents to get him a Red Ryder range-model BB gun for Christmas. Narrated by Jean Shepherd. Starring Peter Billingsley, Melinda Dillon and Darren McGavin.

Fathom Events and GKIDS bring the daringly original story of love from acclaimed director Mamoru Hosoda and Japan’s Studio Chizu. When four-year-old Kun meets his new baby sister, his world is turned upside down. Named Mirai (meaning “future”), the baby quickly wins the hearts of Kun’s entire family. Kun becomes increasingly jealous of baby Mirai . . . until one day he storms off into the garden, where he encounters strange guests from the past and future — including his sister Mirai, as a teenager. Together, Kun and Mirai go on a journey through time and space, uncovering their family’s incredible story.

Celebrate the holidays when Fathom Events and The Jim Henson Company present Emmet Otter’s Jug-Band Christmas and The Bells of Fraggle Rock. These two holiday classics have been remastered and will include an all-new featurette with a special celebrity guest and a greeting from Cheryl Henson, daughter of Jim Henson and president of the Jim Henson Foundation.

Fathom Events and Sing Out, Louise! Productions are excited to bring George Takei’s profound work, Allegiance: The Broadway Musical on the Big Screen, back for a special encore event. Straight from its Broadway run and inspired by the true-life experience of its star George Takei (“Star Trek,” “Heroes”), Allegiance follows one family’s extraordinary journey in this untold American story. Their loyalty was questioned, their freedom taken away, but their spirit could never be broken.

Freddie Mercury takes the music world by storm as the lead singer of the rock ‘n’ roll band Queen. Surrounded by darker influences, Mercury decides to leave Queen years later to pursue a solo career. Diagnosed with AIDS in the 1980s, the flamboyant frontman reunites with the group for the benefit concert Live Aid — leading the band in one of the greatest performances in rock history. Starring Rami Malek, Gwilym Lee and Ben Hardy.

Jared, the son of a Baptist pastor in a small American town, is outed to his parents at age 19. Jared is faced with an ultimatum: attend a conversion therapy program or be permanently exiled and shunned by his family, friends and faith. Starring Nicole Kidman, Russell Crowe and Lucas Hedges.

Life has become a balancing act for Adonis Creed, who is up against the challenge of his life. Facing an opponent with ties to his family’s past only intensifies his impending battle in the ring. Starring Michael B. Jordan, Sylvester Stallone and Tessa Thompson.

When the Whos declare they are going to make Christmas three times bigger this year, the Grinch realizes there is only one way for him to gain some peace and quiet: he must steal Christmas. Starring Benedict Cumberbatch, Rashida Jones and Angela Lansbury.

The film follows the rise and fall of Sen. Gary Hart, who was considered the overwhelming front runner for the 1988 Democratic presidential nomination when his campaign was sidelined by the story of an extramarital relationship with Donna Rice. Starring Hugh Jackman, Vera Farmiga and Molly Ephraim.

A couple find themselves in over their heads when they adopt three children. Starring Mark Wahlberg, Rose Byrne and Octavia Spencer.

Young Clara disappears into a strange and mysterious parallel world after following a golden thread in search of a magical key to unlock a special box. In that world, she meets a soldier named Phillip, a group of mice and the regents who preside over three realms. Clara and Phillip must now enter a fourth realm to retrieve the key and restore harmony to the unstable land. Starring Keira Knightley, Mackenzie Foy and Morgan Freeman.

A nighttime morgue worker starts to suspect that a disfigured body is possessed by a demonic force. Starring Shay Mitchell, Grey Damon and Kirby Johnson.

Ralph and Vanellope embark on an adventure inside the internet to find a spare part for a game. Starring John C. Reilly, Sarah Silverman and Alan Tudyk.

A war-hardened Crusader and his Moorish commander mount an audacious revolt against the corrupt English crown in a thrilling action-adventure packed with gritty battlefield exploits, mind-blowing fight choreography, and a timeless romance. Starring Taron Egerton, Eve Hewson and Jamie Foxx.

“Widows” is the story of four women with nothing in common except a debt left behind by their dead husbands’ criminal activities. Starring Viola Davis, Michelle Rodriguez and Liam Neeson.

* Movie listings reflect showings that are made available by theaters at press time. For up-to-date movies and showtimes, visit www.fandango.com.