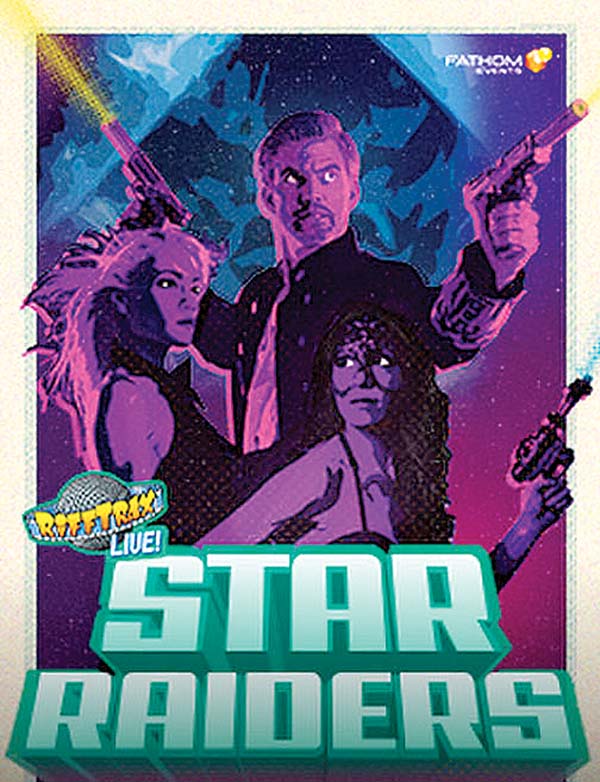 It’s the year 2762. The galaxy is plagued with warring factions using hokey special effects to destroy each other. Captain Saber Raine and his elite squad of commandos embark on a dangerous quest to save the prince and princess of an unnamed planet from the clutches of an evil overlord. Join in for an unforgettable sword-and-laser swashbuckling-ly fun time. Catch this celebration of the 10th anniversary of RiffTrax Live, brought to you by Fathom Events and Rifftrax.

Seeking to build a bond of mutual understanding, a Muslim entrepreneur elects to reach the people who fear him. Searching the U.S. to find those afraid of an Islamic threat, Tarek Mouniba make an intriguing offer … a free trip to Egypt.

A late-night talk show host’s world is turned upside down when she hires her first and only female staff writer. Originally intended to smooth over diversity concerns, her decision brings about unexpectedly hilarious consequences as the two women who are separated by culture and generation become united by their love of a biting punchline. Starring Emma Thompson, Mindy Kaling and Max Casella. 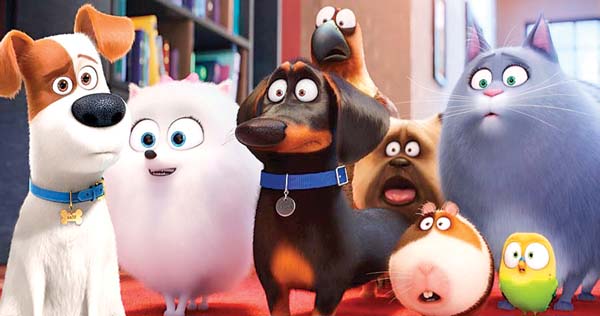 Max the Jack Russell terrier (right) gets dragged to the vet and encounters other pets in “The Secret Life of Pets 2.” Illumination via AP

During a mission in space, Jean is hit by a cosmic force that transforms her into one of the most powerful mutants of all. Wrestling with this increasingly unstable power, Jean spirals out of control, tearing the X-Men family apart. Starring Sophie Turner, James McAvoy and Michael Fassbender.

Max the Jack Russell terrier must cope with some major life changes when his owner gets married and has a baby. When the family takes a trip to the countryside, nervous Max has numerous run-ins with canine-intolerant cows, hostile foxes and a scary turkey. Luckily for Max, he soon catches a break when he meets Rooster, a gruff farm dog who tries to cure the lovable pooch of his neuroses. Starring Patton Oswalt (Max), Kevin Hart (Snowball), Tiffany Haddish (Daisy) and Harrison Ford (Rooster).