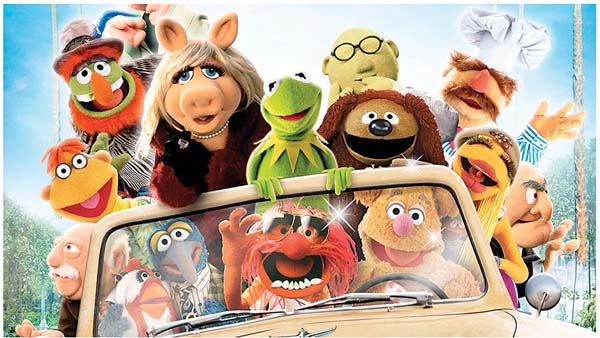 Kermit, Miss Piggy and the Muppet gang are back on the big screen for a special showing at 12:30 p.m. today. Courtesy Fathom Events

They’re irresistible! They’re irrepressible! They’re The Muppets and their first full-length movie is coming back to the big screen in celebration of its 40th anniversary!

Celebrate the 30th anniversary of “Kiki’s Delivery Service” when Fathom Events and GKIDS bring the beloved story back to the big screen as part of Studio Ghibli Fest 2019.

In this next chapter, Hiccup and Toothless will finally discover their true destinies: the village chief as ruler of Berk alongside Astrid, and the dragon as leader of his own kind. Starring Jay Baruchel, Gerard Butler and America Ferrera.

Fathom Events and GKIDS celebrates the 35th anniversary of “Nausicaa of the Valley of the Wind” with a special screening as part of Studio Ghibli Fest 2019.

Quentin Tarantino’s new film tells the story of a TV star and his longtime stunt double making their way around a changing industry in 1969 Hollywood. Starring Leonardo DiCaprio, Brad Pitt and Al Pacino.

Gigantic alligators swarm around a woman and her father as floodwaters engulf their family home. Starring Kaya Scodelario and Barry Pepper.

Regal Maui Mall Megaplex, A street urchin teams up with a wisecracking genie to save an exotic kingdom from an evil sorcerer. Starring Will Smith, Mena Massoud and Naomi Scott.

The story of Rose-Lynn Harlan, a rebellious country singer who dreams of trading the working-class streets of Glasgow for the Grand Ole Opry of Nashville. Starring Jessie Buckley, Julie Walters and Sophia Okonedo.

A struggling musician wakes up to discover that no one has ever heard of the Beatles. Starring Himesh Patel, Lily James and Sophia Dimartino.