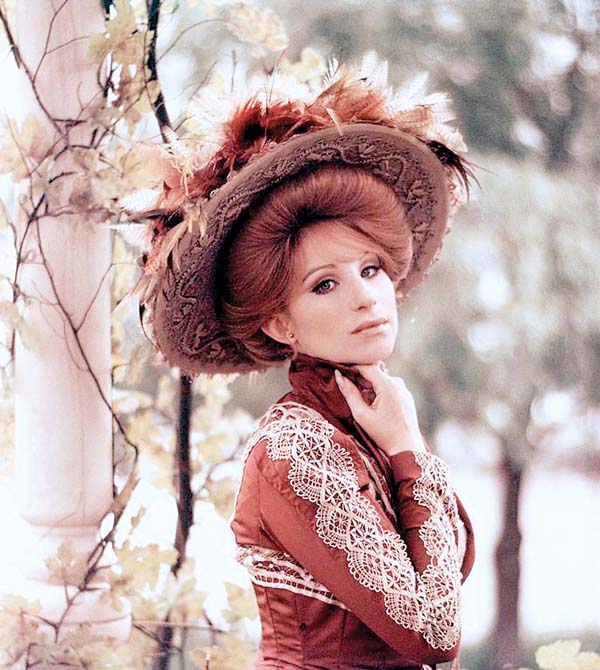 Barbra Steisand in a scene from the “Hello Dolly! 50th Anniversary.” 20th Centruy Fox via AP 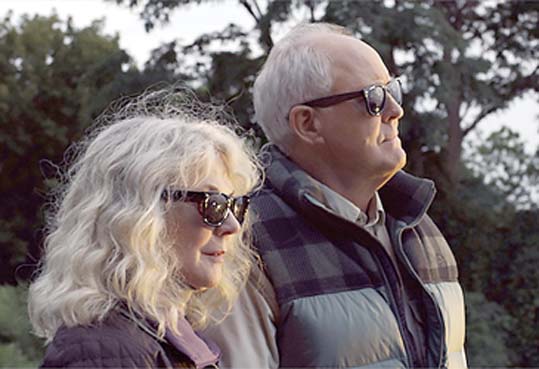 Blythe Danner (left), and John Lithgow in a scene from the “The Tomorrow Man.” Bleeker Street Media/Sundance Institute via AP

Fathom Events and Eleven Arts bring Millennium Actress, remastered in both subtitled and brand-new dub versions, back to the big screen for a special event featuring an exclusive conversation with producers Taro Maki and Masao Maruyama.

Taeko is 27 years old, unmarried, and has lived her whole life in Tokyo. She decides to visit her relatives in the countryside, and as the train travels through the night, memories flood back of her younger years.

Ed Hemsler spends his life preparing for a disaster that may never come. Ronnie Meisner spends her life shopping for things she may never use. These two people will try to find love while trying not to get lost in each other’s stuff. Starring John Lithgow, Blythe Danner and Derek Cecil 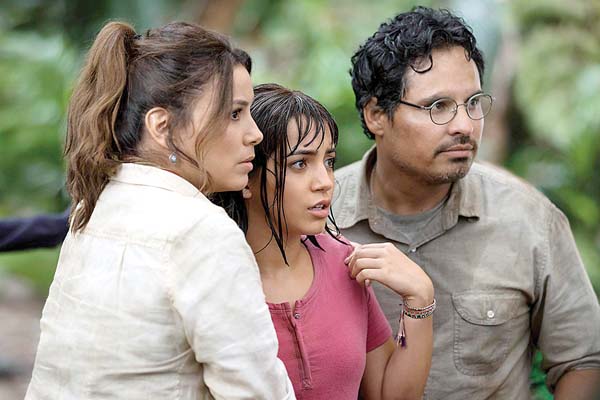 Eva Longoria (left), Isabela Moner (as Dora) and Michael Pena in a scene from “Dora and the Lost City of Gold.” Paramount Pictures via AP

Dora embarks on a quest to save her parents while probing the mystery behind a lost civilization. Starring Isabela Moner, Eugenio Derbez and Michael Pena.

Inspired by one of the most terrifying children’s book series of all time, SCARY STORIES TO TELL IN THE DARK follows a group of young teens who must solve the mystery surrounding sudden and macabre deaths in their small town. Starring Zoe Margaret Colletti, Michael Garza and Gabriel Rush.

Red, Chuck, Bomb and the rest of their feathered friends unite with the green pigs when aggressive birds from an ice-covered island plan to use an elaborate weapon to destroy them both.

Three 1978 Hell’s Kitchen housewives’ mobster husbands are sent to prison by the FBI. Left with little but a sharp ax to grind, the ladies take the Irish mafia’s matters into their own hands. Starring Melissa McCarthy, Domhnall Gleeson and Elisabeth Moss.

In 1987, during the austere days of Thatcher’s Britain, a Muslim teenager learns to live life, understand his family and find his own voice through the music of Bruce Springsteen.

An exiled lion cub tries to take back his royal destiny on the plains of the African savanna. Starring James Earl Jones, Donald Glover and Beyonce.

Gigantic alligators swarm around a woman and her father as floodwaters engulf their family home. Starring Kaya Scodelario and Barry Pepper.

A street urchin teams up with a wisecracking genie to save an exotic kingdom from an evil sorcerer. Starring Will Smith, Mena Massoud and Naomi Scott.

Following their landmark “Love Yourself” tour, BTS returns to screens and invites viewers behind the spotlight. On the day following the final concert of their Europe tour, BTS tells their own stories from experiencing new cities to performing in front of thousands. This film features intimate group discussions alongside concert performances from the tour.

A TV star and his longtime stunt double make their way around a changing industry in 1969 Hollywood. Starring Leonardo Dicaprio, Brad Pitt and Margot Robbie.