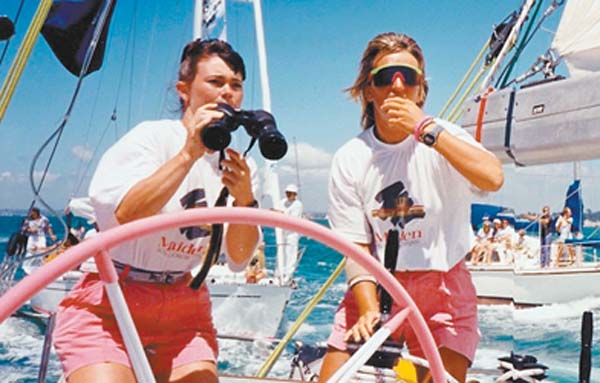 Scenes from the documentary “Maiden,” the true story of the first all-female competitors to enter a boat into the 1989 Whitbread Around the World Challenge. Courtesy Sony Pictures Classic

Just over 30 years ago, a woman named Tracy Edwards had the idea to lead an all-female crew in the Whitbread Round the World Yacht Race. It wasn’t exactly met with a groundswell of support, or any support, for that matter.

The thing is, for a pastime that has so many feminine terms associated with it, there was a lot of ingrained sexism among its participants. The idea of even having one woman on board who wasn’t doing the cooking and cleaning was seen as a liability. They’re too weak! And Edwards herself, who everyone points out is a slight “wisp of a woman,” was regarded as a nothing more than a side-show by the competitive yachting community and the journalists covering the sport.

Her unlikely journey from misfit teen to feminist symbol, despite her distaste for the term, is exhilaratingly chronicled in the documentary “Maiden ,” from director Alex Holmes. Told through interviews with the now 50-something Edwards, her crew, the men she raced against and the journalists who covered her at the time alongside riveting footage from their harrowing trip around the world, “Maiden” is the best adventure film of the year so far.

The story is so inherently cinematic you have to wonder why some enterprising Hollywood producer hasn’t scooped up the rights to make an epic scripted film out of it already. Daisy Ridley is right there! But maybe the world just needed a little (re)introduction to Edwards and the tale of the Maiden. 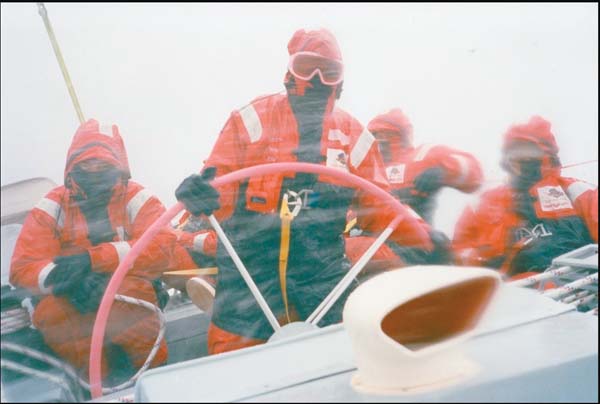 It was quite a feat for these women to even get the chance to compete at all. Edwards spent two years looking for sponsorship to offset the costs of the pricey endeavor and was met with hundreds of declines, even from those who supported the mission. Companies were genuinely afraid that the women would all die and worried about the optics. They weren’t wrong that death was a possibility. As Edwards says, the ocean is “always trying to kill you,” but somehow the male competitors were able to convince corporate sponsors to deal with the risk.

In a move she seems to regret now, she finally found support from King Hussein of Jordan who arranged for Royal Jordanian Airlines to support Maiden.

“Maiden” is not presented through rose-colored glasses either. There was a lot of conflict among Edwards’ crew before they even set sail, and she ended up firing the most experienced sailor she’d recruited.

It is a delight watching these now middle-aged women recount the details of their big youthful adventure, not to mention hearing from the men who doubted and dismissed them at every step. For the women, their gender was a non-issue. They were simply athletes in competition who wanted to win. For everyone else, it was all they could see. One journalist, Bob Fisher, is reminded of how he called them a “tin full of tarts” in an article. A contemporary admits that while his coverage wouldn’t pass modern standards that he wasn’t “quite as chauvinistic as Bob Fisher.”

Edwards said in a 1989 interview that she hates the word feminist and doesn’t consider herself one at all, while also basically giving the textbook definition of feminism (she just wants equal treatment). Whether or not she knew it at the time, her little personal rebellion in this insulated community was something that affected people, and truly tore down a barrier.

By the end of their journey you really feel like you’ve been through something significant. “Maiden” is simply magnificent storytelling and a must-see for all ages and genders.