Review: A spinoff happily spins its wheels in ‘Hobbs & Shaw’

Add an “e” and “Hobbs & Shaw” might have been a time-traveling thriller about playwright George Bernard Shaw and 17th century philosopher Thomas Hobbes.

Tantalizing as such a pairing may have been to the makers of “Fast & Furious,” they have instead opted to, in the franchise’s first spinoff, combine two of the series’ supporting standouts, Dwayne Johnson’s U.S. government agent Luke Hobbs and Jason Statham’s former British agent Deckard Shaw, for another ballet of Buicks and bullets. Probably a wise choice. It’s difficult to imagine the writer of “Pygmalion” careening down the side of a skyscraper in hot pursuit of Idris Elba.

And when it comes to high-octane action spectacles, few are better suited to the task than The Rock and Statham, who both make up with brawn and charisma what they lack in hair. In the “Fast & Furious” franchise, which now numbers eight films and more than $5 billion in box office, they’ve found a comfortable home — aside any headaches for Johnson caused by co-star Vin Diesel.

That friction between Johnson and Diesel was reportedly part of the benefit of this pit stop, without the whole gang, in between continuing “Fast & Furious” adventures. But those off-camera tiffs are also perfect for the speedy but soapy “Fast & Furious” world, where family squabbles and questions of loyalty play out in between death-defying automotive stunts. 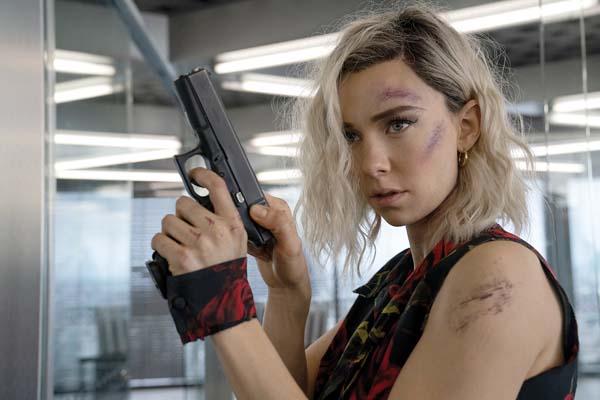 If “Fast & Furious Presents: Hobbs & Shaw” has a hard road to travel, it’s because the franchise has consistently ratcheted up its stunt game. One of the real pleasures of the last decade’s blockbuster parade has been to watch the “Fast & Furious” movies morph from a more simple L.A. street-racing tale into an increasingly absurd and over-the-top action extravaganza of muscle cars and muscle, where hot rods don’t just go fast but occasionally leap between buildings and parachute from the sky. “Hobbs & Shaw” seeks to answer that age-old question: What do you do for your next act after you’ve blown up a submarine with a Dodge?

“Hobbs & Shaw” has some nifty moves (in one scene, a Chevy flies a helicopter like a kite), but it’s slightly disappointing in terms of sheer ridiculousness. It earns some points for a centerpiece showdown, seemingly designed for “Chernobyl” fans, set among reactors at a Russian nuclear power plant. But at this point, we expect — no, demand — to see Lamborghinis on the moon.

Instead, the entertainment of “Hobbs & Shaw,” directed by stunt coordinator-turned-director David Leitch (“Deadpool 2,” “Atomic Blonde”), rests more with its cast, including its two leads. But just as significant are two major new additions: Elba’s villain, a cyborg mercenary named Brixton, and Shaw’s sister Hattie (Vanessa Kirby), an MI6 agent whose theft of a super virus from Brixton sets the globe-trotting plot in motion.

Hobbs and Shaw are called in to the save the world, a job they are both eager for. (Hobbs says, seriously, that he had been “tracking some dark web chatter” on the virus.) But it’s a partnership they loath. If “Hobbs & Shaw” lacks in memorable stunt work, it tries to make it up with bickering and put-downs between the two, a shtick that vacillates between funny and tiresome. But it’s the kind of stuff Johnson excels at.

They also have reinforcements. Elba’s character, who boasts digital eyes and a self-driving motorcycle, takes the franchise in a more sci-fi direction that doesn’t fit the street-level nature of “Fast & Furious.” But Elba is never not an imposing presence; the movie straightens up whenever he’s in it. 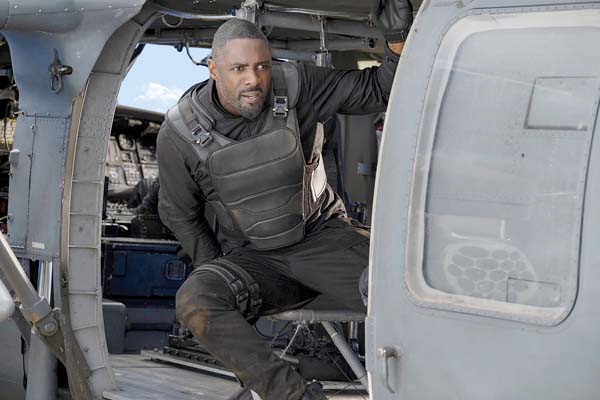 With such titans as Elba and Johnson in the movie, it’s a wonder how smoothly and completely Kirby stakes her claim, too. In a movie full of the expected, she’s the happy surprise and a breath of fresh air. In the miles between “The Crown” and “Hobbs & Shaw,” Kirby has swiftly proven herself capable of an extraordinary range.

The chemistry between the four, along with welcome comic cameos from Ryan Reynolds and Kevin Hart, fuel “Hobbs & Shaw” more than its mostly familiar action scenes and plot turns. It’s a herky-jerky ride, with genial company.

Usually, it’s pleasingly aware of its own silliness. But there are blind spots. The third act shifts to an old-school fight in Samoa and speeches about having “heart” that build on a man vs. machine dynamic set up by Elba’s part-robot character. But if ever there was a movie franchise that believes, with operatic fervor, in well-oiled machines, it’s “Fast & Furious.”

“Fast & Furious Presents: Hobbs & Shaw” is rated PG-13 by the Motion Picture Association of America for prolonged sequences of action and violence, suggestive material and some strong language. Running time: 136 minutes. Three stars out of four.