Review: ‘Scary Stories’ is a likable Frankenstein of a movie 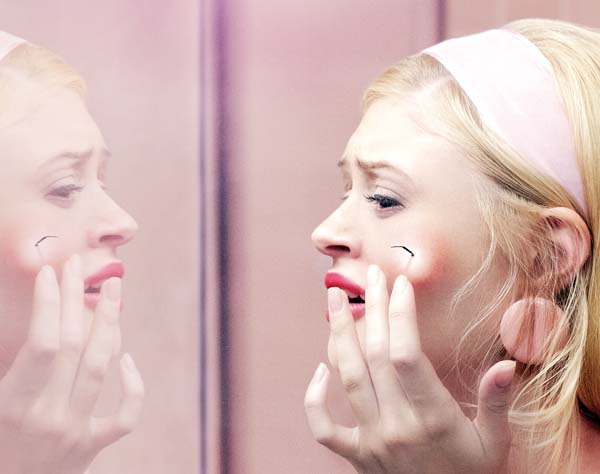 Natalie Ganzhorn as Ruth appears in “Scary Stories to Tell in the Dark,” released by CBS Films and Lionsgate. George Kraychyk/CBS Films via AP

“Scary Stories to Tell in the Dark” is, likably, a Frankenstein of a movie that stitches together tales from the cultishly beloved 1980s book series by Alvin Schwartz and illustrated by Stephen Gammell.

Schwartz’s stories, culled from folklore and urban legend, are mostly just a page or two. But they feel like shared nightmares, told round an eternal campfire. One is about a game of hide-and-seek gone wrong for a newly wed minister’s daughter. Another begins simply: “There was a haunted house where every night a bloody head fell down the chimney. At least that’s what people said.”

Gammell’s wondrously frightful black-and-white sketches made the tales that much more vivid and haunting. They are the sort you don’t ever forget.

The same can’t be said of Andre Ovredal’s “Scary Stories to Tell in the Dark,” though it tries gamely and inventively to pay homage to its source material. It uses Schwartz’s stories and Gammell’s pictures imaginatively, blending them into one narrative propelled along by a found book, penned in blood, that writes the film’s teenage characters into the horrors conjured into the horror fables (among them “Harold,” ”The Big Toe” and “The Red Spot”).

It’s a noble enough mission, made with evident devotion to the authors’ creation and a sincere desire to capture the magical ability of books to, page by page, work their way into the darkest recesses of our minds. 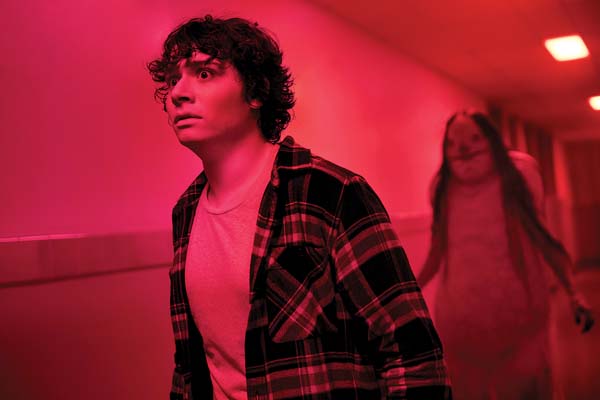 Austin Zajur in a scene from “Scary Stories to Tell in the Dark.” George Kraychyk/CBS Films via AP

Of course, books do that on their own, without the help of movies. And Ovredal’s film, by weaving together the supernatural creations of Schwartz and Gammell, blunts their effect, rendering them more like tropes within a familiar horror-movie context.

Yet even if the material–a haunted scarecrow, a young woman’s vengeful ghost–can feel stale off the page, Ovredal’s filmmaking is fresh and vibrant. The Norwegian director of “Trollhunter,” working with producer and monster maestro Guillermo Del Toro, composes the film with frames full of texture and shadow. It glows with both a familiar nostalgia (the film is set in 1968 and a drive-in makes the setting for one pivotal scene, with “Night of the Living Dead” playing behind) and a vibrancy that pushes the genre forward ever so slightly.

Schwartz’s books were for kids but they bore a darkness that has ever since probably startled quite a few disapproving parents. Ovredal’s film, rated PG-13, tries to straddle a similar line and mostly does so, falling somewhere in between Amblin and Blumhouse.

Dan and Kevin Hageman’s script invents a trio of teenagers–the nebbish, aspiring writer Stella (Zoe Colletti) and her two pals (Gabriel Rush, Austin Zajur)–î who, along with a new kid in town (Michael Garza, as a Mexican-American urged to “move along” by the local police). On a Halloween night, they escape bullies by hiding in an abandoned mansion that once belonged to the family that ruled over the town, Mill Valley, Pennsylvania, but left behind a mysterious scandal. There they find the book and soon realize that they, almost literally, can’t put it down.

There are bits here that feel cliched. Donovan’s “Season of the Witch,” which already belongs to David Fincher’s “Zodiac,” opens the film, as sung by Lana Del Rey. The period detail, with Nixon on TV and the Vietnam draft unfolding, isn’t much more than window dressing. Same goes for the backstory that left Stella living with a single father.

But “Scary Stories to Tell in the Dark,” like the books, only needs to be so deep to cast a spell. Even if some stories are still best told by fireside.

“Scary Stories to Tell in the Dark,” a CBS Films and Lionsgate release, is rated PG-13 by the Motion Picture Association of America for terror/violence, disturbing images, thematic elements, language including racial epithets, and brief sexual references. Running time: 108 minutes. Two and a half Stars out of four.