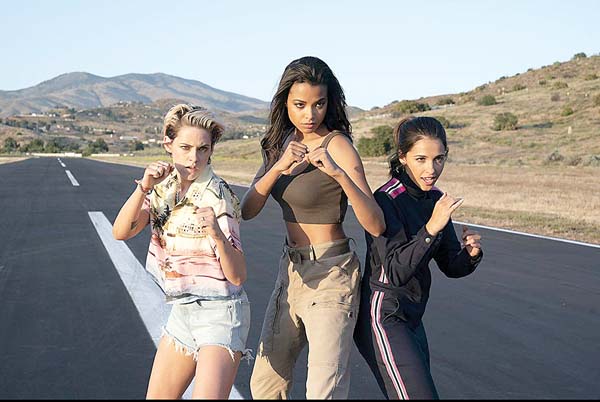 Fleabag is a rip-roaring look at some sort of woman living her sort of life. She may seem oversexed, emotionally unfiltered, and self-obsessed, but that’s just the tip of the iceberg. With family and friendships under strain and a guinea pig cafe struggling to keep afloat, Fleabag suddenly finds herself with nothing to lose.

When a young systems engineer blows the whistle on a dangerous technology, Charlie’s Angels are called into action, putting their lives on the line to protect us all.

American car designer Carroll Shelby and driver Ken Miles battle corporate interference, the laws of physics and their own personal demons to build a revolutionary race car for Ford and challenge Ferrari at the 24 Hours of Le Mans in 1966.

Career con artist Roy Courtnay can hardly believe his luck when he meets well-to-do widow Betty McLeish online. As Betty opens her home and life to him, Roy is surprised to find himself caring about her, turning what should be a cut-and-dry swindle into the most treacherous tightrope walk of his life.