Simon Mead and Lily Donoghue are shown in a scene from “Black Christmas.” In the film, sorority girls on the campus of Hawthorne College mount a fight to the finish against an unknown killer. Universal Pictures photo

In “Jumanji: The Next Level,” the gang is back, but the game has changed. As they return to rescue one of their own, the players will have to brave parts unknown, from arid deserts to snowy mountains, to escape the world’s most dangerous game. 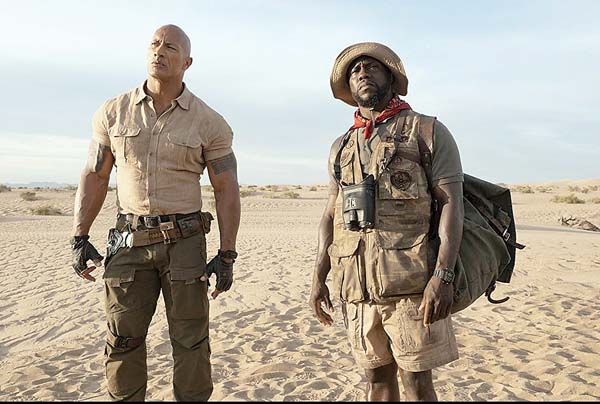 Dwayne Johnson (left) and Kevin Hart must attempt to escape the world’s most dangerous game in “Jumanji: The Next Level.” Sony Pictures photo

A group of female students are stalked by a stranger during their Christmas break. That is until the young sorority pledges discover that the killer is part of an underground college conspiracy.

On Christmas Eve, a young boy embarks on a magical adventure to the North Pole on the Polar Express. 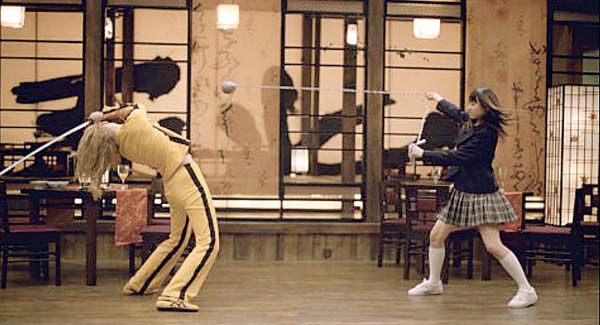 The last female bee-hunter in Europe must save the bees and return the natural balance in Honeyland, when a family of nomadic beekeepers invade her land and threaten her livelihood.

Focused on the life of the band and their collaborators over the 3 vital years in which they developed critically acclaimed albums, ‘Humanz’ and ‘The Now Now,’ and undertook their most ambitious world tour to date.

Based on a Japanese folktale, this animated story is from director and Studio Ghibli co-founder Isao Takahata.

After awakening from a four-year coma, a former assassin wreaks vengeance on the team of assassins who betrayed her.