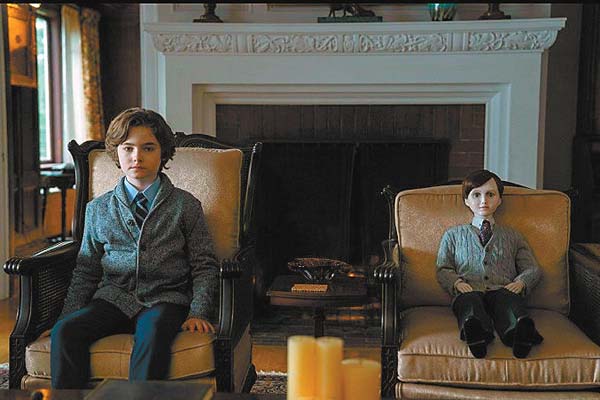 Christopher Convery in a scene from “Brahms: The Boy II.” STX Entertainment photo

After a family moves into the Heelshire Mansion, their young son soon makes friends with a lifelike doll called Brahms.

A sled dog struggles for survival in the wilds of the Yukon.

James McAvoy returns to the stage in an inventive new adaptation of Cyrano de Bergerac, broadcast live from the West End in London.

Two sisters born in Rio de Janeiro make their way through life, each mistakenly believing the other is living out her dreams half a world away.

A black Southern woman struggles to find her identity after suffering abuse from her father and others over four decades.

The film follows Dave, Karen and their three young children, as they venture into war zones where they are fighting to bring hope. Viewers will follow the family into firefights, heroic rescues and experience life-changing ministry.

Youths aspiring to become professional superheroes fight in a world full of people with abilities, also known as quirks. Deku and his fellow classmates from Hero Academy face Nine, the strongest villain yet.