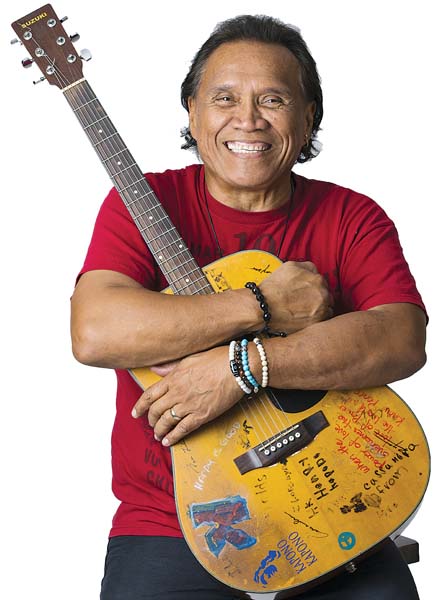 Henry Kapono has gathered a terrific lineup of Hawaii talent to join him in concert at 5 p.m. Sunday at the “Henry Kapono & Friends” show at the Maui Arts & Cultural Center’s A&B Amphitheater in Kahului. Around 15 acclaimed veteran and talented younger artists will perform at the historic event.

“Everyone will play their hit songs, and will do a couple of songs each,” Kapono says. “Everybody is really excited.”

All the award-winning younger artists sing on the new CD, “The Songs of C&K,” which features a fresh spin, from reggae and country to jazz and rock, on some of Cecilio and Kapono’s timeless classics.

Many of the veteran artists have previously performed with Kapono at “Back in the Day” events. The Maui show is presented a day after a star-studded “Friends” show at the Waikiki Shell. 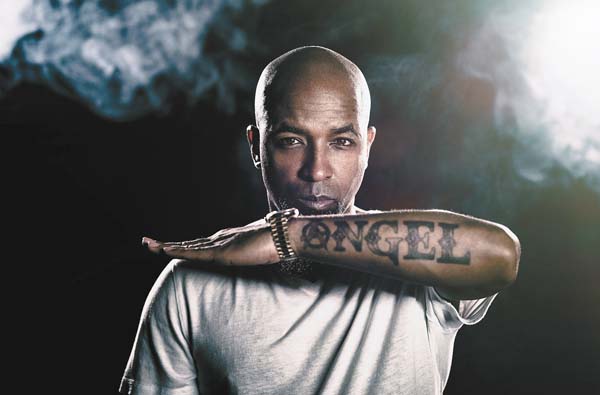 Hip-hop artist Tech N9ne performs at Mulligans on the Blue in Wailea at 9 p.m. Tuesday.

“We will all get together at the end and do something special,” he says. “It’s going to be a great show.”

* The “Henry Kapono & Friends” concert is presented at 5 p.m. Sunday at the MACC’s A&B Amphitheater. Doors open at 4 p.m. Tickets are $40 for general admission and $15 for kids 2 to 12; $55 and $75 for reserved seating; and $150 for VIP tickets, which include access to dedicated bars and restrooms, and an opportunity to mingle with the artists (plus applicable fees). For tickets or more information, visit the box office, call 242-7469 or go online to www.mauiarts.org.

During an interview last year with Elton John, the rock superstar asked Eminem what music lately impressed him most. The handful of artists the hip-hop legend cited included veteran rapper Tech N9ne, who will play Mulligans on the Blue in Wailea at 7 p.m. Tuesday. John agreed, reporting in Interview Magazine, “I love his stuff too.”

One of the most successful independent hip-hop artists in the world, Tech N9ne (pronounced Tech Nine) has sold more than two million albums and had his music featured in movies, TV and video games. He even has his own beer brand, Bou Lou. 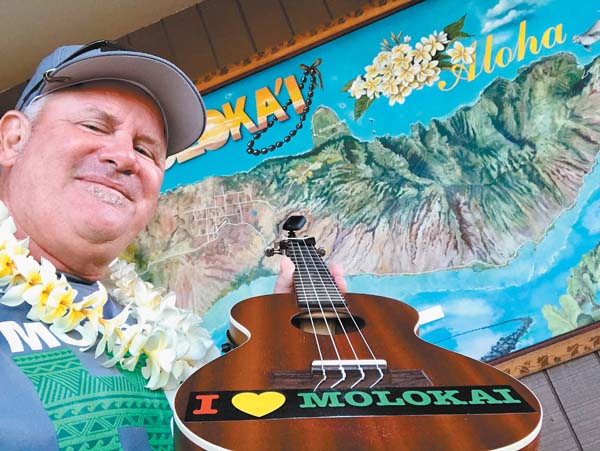 With some of his videos amassing more than 50 million views, over the years Tech has collaborated with the likes of Eminem, Lil Wayne, B.o.B, Kendrick Lamar, T-Pain and Snoop Dogg.

Born Aaron Dontez Yates in Kansas City, Miss., Tech learned to read and do math through educational raps. Later, music helped him deal with his mother’s ongoing struggle with lupus.

Dissatisfied with the control of record labels, he co-founded Strange Music, which became one of the world’s most successful independent rap labels.

“The beautiful thing about being independent and having my own label is I can say whatever the hell I want,” he told Complex.com.

A prolific artist, Tech is known for his dynamic rhyme schemes and speed-rap abilities, an approach which has been described as “bizarre hardcore rap.”

In 2015, he released his 13th album, “Something Else,” which was praised by HotNewHipHop as, “one of 2015’s standout rap albums. Tech exploits every aspect of current music, chews it out and spits it out into what sometimes feels like a cyborg meltdown.”

Guests on the album included Cee Lo Green, Wiz Khalifa and the Doors.

Yep, he got the Doors’ guitarist Robby Kreiger, drummer John Desmore and keyboardist Ray Manzarek to play on the track “Strange 2013,” rapping alongside the voice of Jim Morrison singing “Strange Days.”

“I’m a big Doors fan,” Tech reported. “I made my dream come true. That’s a milestone for me.”

In 2016 he produced “The Storm,” featuring another eclectic guest list including Korn’s Jonathan Davis, the sweet harmonies of Boyz II Men and blues musician Gary Clark, Jr. HipHopDX called it, “a monster hurricane of a project boasting an unbelievable 33 tracks.”

His latest release, “Planet,” was also widely acclaimed. AllMusic praised: “Tech is still a master of intense and overwrought hardcore rap, even after 20 years and as many albums.”

Tech reported he composed the album because he was fed up with all the evil in the world.

“I had to leave this planet mentally and spiritually, and create my own planet.”

That planet, “P.Y.U.N.E.” (Peaceful Youth Unit Neutralizing Earth), has its own language dubbed “Pyuneguistics,” with terms peppered throughout the album’s lyrics.

A powerful force in concert, the Washington Times praised, “Nobody can beat his live show. Nobody.”

“The reason why people still come to Tech N9ne shows is because they never know what to expect,” Tech told the Des Moines Register. “They know it’s going to be something wild. From generation to generation, I’ve seen it. The parents are bringing the kids, and then the kids start coming themselves. It’s crazy, man.”

* Tech N9ne performs at 9 p.m. Tuesday at Mulligans on the Blue in Wailea, with special guest Krizz Kaliko. Doors open at 7 p.m. Tickets are $45 and are available at www.eventbrite.com.

The Maui Pops Orchestra will kick off its 2018-19 season Dec. 2, with a Holiday Pops concert featuring Henry Kapono. It will be followed Jan. 13 with a Broadway Pops show; a Winter Pops concert Feb. 17; and concludes March 10 with a Spring Pops concert.

* For more information or to purchase tickets, call 868-2639 or visit www.mauipops.org.

A member of the groups Six Pak, the Mobettah Band and Eddie Tanaka and Friends, Schonely recorded the songs with Kapena “Pena Bu” Delima.

Living on Molokai since 1980, Schonely spent 28 years with the Maui County Fire Department and currently teaches at Molokai High School, writes for the Molokai Dispatch and leads tours to Kalaupapa.

“I fell in love with the aloha spirit and, of course, the music of Hawaii,” he says. “I play guitar on the weekends in many bands, and I sing on my tours.”

Performing music most of his life, he says, “I love the rural lifestyle here on Molokai and love the music. I finally got in the studio with Kapena De Lima to record a couple songs and put them on CD for prosperity, and for our ancestors who were the musicians before us as we follow in their footsteps. Dennis Kamakahi wrote many beautiful songs about Molokai, and we sing them daily to honor him and all of the Hawaiian musicians that have come before us.”

“Ernie Cruz Sr. wrote the song ‘Molokai Cowboy,’ and gave me his blessing to record it. I have been singing that song for almost 30 years, and finally got to record it and dedicate it to Ernie Sr. and his ohana.”

Maui’s stellar gypsy jazz ensemble, Gypsy Pacific, will perform at Casanova in Makawao on Sunday at 3 p.m. Admission is $10 at the door.

And finally, Maui’s annual tribute to rock gods Led Zeppelin, is moving to the MACC. ZepMaui IX will be presented at 7 p.m. Sept. 29 in the Yokouchi Pavilion & Courtyard. Gates open at 5:30 p.m.

What began in 2010 as an anniversary commemoration of the death of drummer John Bonham, Maui’s annual Zeptember event has grown into a popular rock concert. Traditionally held at Mulligans, the MACC move will allow more Zep fans to enjoy the event. A portion of proceeds will benefit the Willie K Cancer Fund.