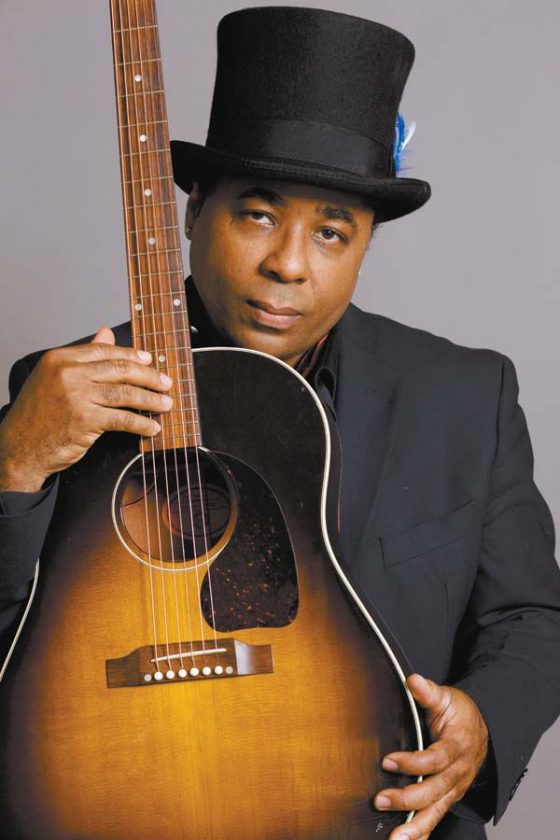 Acclaimed for singing and acting in the Oscar-winning movie “O Brother, Where Art Thou?” and for winning a Grammy with his work on the soundtrack of the Ray Charles biopic “Ray,” Chris Thomas King will perform at 7:30 p.m. June 6 in McCoy Studio Theater at Maui Arts & Cultural Center in Kahului.

Accomplished across a spectrum of styles from acoustic Delta blues to electric Chicago blues and country, King opens his most recent album, “Hotel Voodoo,” with the Bruce Springsteen-style rousing rocker, “American Man (In the Key of Free).”

From there, this versatile artist delivers a fervent declaration that New Orleans is the real home of the blues on “Les Bleus Was Born In Louisiana,” and unleashes his explosive guitar playing on “Friday Night Bleu.”

He ventures into Stevie Ray Vaughan rocking blues territory on “Have You Seen My Princess,” eases down with the Cajun-flavored “Rainbow Lullaby” and even covers an Adele song.

In King’s view, every track reflects the blues. 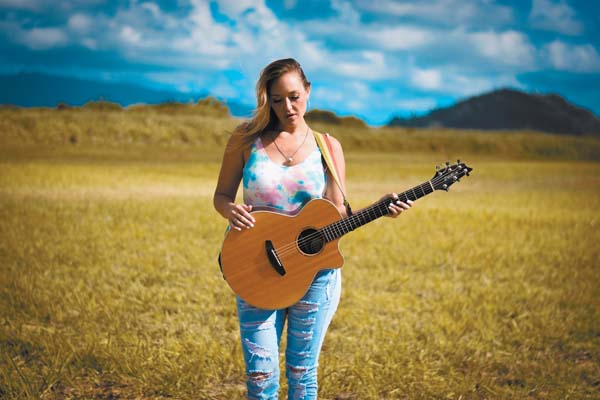 “My philosophy on the blues is unique,” he explains. “My philosophy is very broad. I feel I never have to leave the blues to do something unique and different musically. I’m from the culture that gave us the blues. It’s been around over 100 years, and it’s gone through so many facets. Sometimes, I delve into the blues from its roots, and then I can imagine its future. There’s a broad palette with lots of different colors to paint with.”

On earlier albums such as “21st Century Blues … From Da ‘Hood,” he merged blues and hip-hop. He embraced Prince-flavored funk on “Cry of the Prophets,” and in 1998 he released a country-acoustic blues album, “Red Mud.”

An AllMusic review of his album “Why My Guitar Screams & Moans” praised: “Most contemporary blues players use the blues as a way to connect with the past, while King uses the form as a fulcrum to vault into the 21st century, which explains why his guitar lines scream and moan more than they gently weep.”

While the Mississippi Delta is generally considered the birthplace of the blues, this Baton Rouge, La.-born musician disagrees, as he points out on “Les Bleus Was Born In Louisiana.”

“I’m kind of the lone voice,” he says. “This whole idea that blues came from the Mississippi Delta is a myth. It never happened. When Buddy Bolden was playing the blues in New Orleans and Jelly Roll Morton was creating music, people didn’t even live in the Mississippi Delta. There was nobody there to make music until the 20th century, and the blues had already been established in New Orleans. The blues left Louisiana and went to the Delta and Memphis and Chicago, and made its way to London and came back to us in the ’60s.”

Once hailed as “the last major folk blues discovery of the 20th Century,” King was shocked when the Grammy authorities informed him that his “Hotel Voodoo” record would not be considered in the “Best Contemporary Blues

Album” category last year — because it wasn’t blues, it was Americana. The Rolling Stones won the 2018 contemporary blues Grammy.

“It’s official,” King wrote on his website. “The blues is no longer an African-American music genre. I no longer fit the Grammys’ criteria for blues.”

“I do blues based on its roots in Louisiana, and somehow it’s rejected because it doesn’t sound quite like the Rolling Stones,” he says. “The album was a nod to my roots. You’re more accepted coming out of Britain playing this music than I am. It’s bordering on minstrelsy. I have to imitate them imitating my culture.”

A multi-talented artist who has played electric and acoustic guitars, accordion, harmonica, mandolin, banjo, bass and piano on his albums, King began his career as a teenager playing in his father’s club, Tabby’s Blues Box and Heritage Hall, in Baton Rouge. The blues venue became quite famous, attracting celebrities like Mike Tyson, Paul Newman, Bruce Springsteen and Shaquille O’Neal.

“I started there and my recording break came when a (Smithsonian) folklorist ‘discovered’ me at my dad’s place. I think I was the last blues artist to come into the business through a folklorist. Lead Belly and Muddy Waters came in through the Library of Congress. I was the last one to come out of that tradition.”

King’s role as Delta bluesman Tommy Johnson in the Coen Brothers’ film “O Brother, Where Art Thou?” earned him an Album of the Year Grammy Award for his contribution to the soundtrack.

“The movie and soundtrack and sold-out arena tour all over the United States put me in a different place,” he recalls. “It transformed me like taking a straitjacket off.”

Then came the Oscar-winning “Ray” in which he played band leader and blues guitar player Lowell Fulson, which increased his exposure.

“Both of these films were huge box office successes,” he notes. “I’ve been very fortunate.”

With more than 20 Maui groups and individual artists nominated for Na Hoku Hanohano Awards this year, only a handful won at the ceremony on Saturday. The winners included Anuhea for Female Vocalist of the Year for her album, “Follow Me: Deluxe Hawaii Edition,” and Na Wai ‘Eha for Most Promising Artist for their self-titled debut.

Arias has played guitar on a variety of artists’ albums, releasing his first solo album, “Dash-A,” in 2015. Kahula was the lead singer of the popular band, Nuff Sedd, whose debut album won Reggae Album of the Year at the 2005 Hoku Awards. He’s played with many island musicians, including keyboards with Natural Vibrations.

“The combined musical talents of Josh Kahula and Piʻilani Arias embody the spirit and essence of their chosen names,” says Keali’i Reichel. “Over the years, these two young men have established themselves as musicians and singers who are able to move effortlessly between the island music, reggae and traditional Hawaiian music genres. Now, in this collection of old and new Hawaiian language compositions, they continue to push themselves forward into the realm of blending the past and present.”

Music fans will likely not want to miss the screening of the documentary, “Echo in the Canyon,” at 10 p.m. at Celestial Cinema on June 16, as part of the Maui Film Festival at Wailea. It celebrates the influential music that came out of Los Angeles’ Laurel Canyon with bands like The Byrds, the Beach Boys, Buffalo Springfield and the Mamas and the Papas.

Italian guitarist Nino Toscano will present a free performance at The Shops at Wailea on Wednesday from 5:30 to 7 p.m. Using a guitar and synthesizer, he creates a range of tones from regular guitar to flute, violins, trumpet, vibes and even drums. Toscano plays jazz standards and jazz-flavored Latin and pop songs.