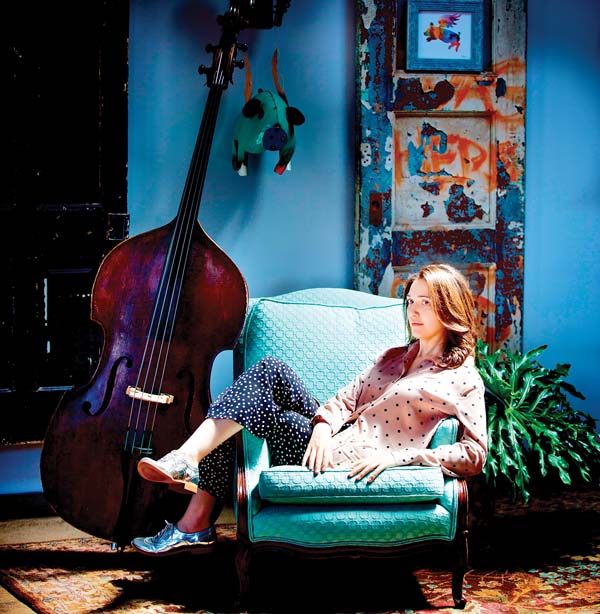 The East Meets West Festival finale concert, “Jazz Maui: Jazz, Blues, & Beyond!” takes place at 7:30 p.m. Saturday in Maui Arts & Cultural Center’s McCoy Studio Theater with headliner Katie Thiroux (pictured above) and her trio including Justin Kauflin and Matt Witek along with guest artists Paul Contos, Sheryl Renee and Mike Lewis. The pre-show will feature a performance by Jazz Camp students. Tickets are $35 and $45 (plus applicable fees). For tickets or more information, visit the box office, call 242-7469 or go online to www.mauiarts.org. Photo courtesy the artist

Hailed by The Boston Globe as, “an enchanting singer, a poised and polished acoustic bassist, and an accomplished composer,” acclaimed musician Katie Thiroux will perform in concert with her trio as part of the East Meets West Festival’s finale concert, “Jazz Maui: Jazz, Blues, & Beyond!” at 7:30 p.m. Saturday at the Maui Arts & Cultural Center’s McCoy Studio Theater in Kahului.

The Katie Thiroux Trio includes pianist Justin Kauflin and drummer Matt Witek. They will be joined at the MACC show by Paul Contos, Sheryl Renee and Mike Lewis.

“Both Justin and Matt have the ability to play in the moment,” enthuses Thiroux. “I just love it because anything can happen. You never know where a concert or piece of music is going to go.”

Virtuoso pianist Kauflin is an award-winning protege of Quincy Jones who has performed worldwide. A former member of the Clark Terry Ensemble, Kauflin has toured internationally with Jones, and his latest album, “Coming Home,” was produced by the music legend. A Downbeat review praised him: “Kauflin’s execution, his ability to ripple waves of notes from the keyboard flawlessly and evoke colorful meadows of sound is unquestionably superb.”

Witek is a Los Angeles-based drummer who graduated from the Berklee College of Music and went on to obtain a master’s degree in jazz studies. He has toured with many jazz musicians and recorded with Thiroux on her award winning album, “Introducing Katie Thiroux.” 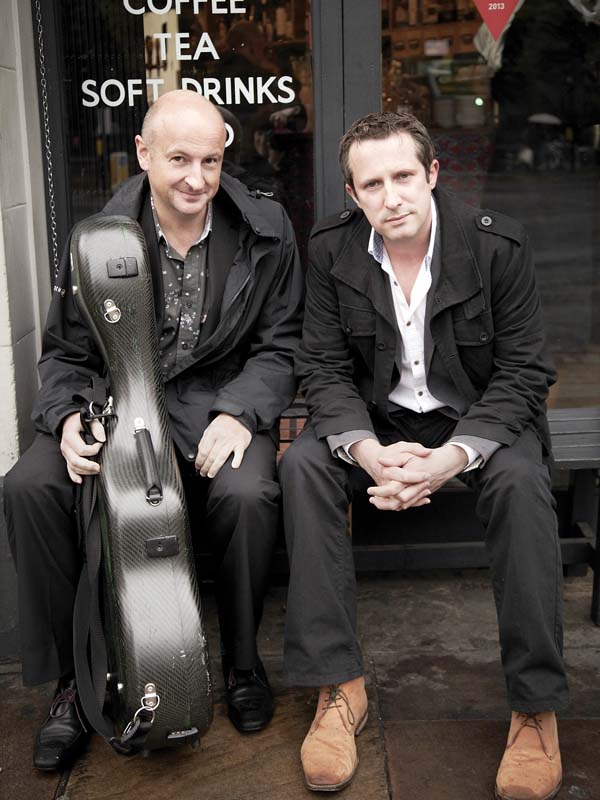 Before their public concerts, the visiting musicians have been teaching at the first Maui Jazz Camp at the Ka’anapali Beach Hotel. Designed for young players 13 and older, the idea for the camp grew out of a connection Thiroux made when she last played at the MACC.

Born in L.A., Thiroux began first playing violin and then gravitated to the acoustic bass at the age of 8, landing principal roles with the L.A. Opera by age 10. Her mom had told her, “everyone always needs a bass player, you’ll always have a job.”

“The moment I first held the instrument was really life changing, it was really comfortable,” admits Thiroux.

In her last year of high school, she decided to transition from playing classical music to embracing jazz.

“I would listen to the jazz (radio) station on the way to classical bass lessons,” she recalls. “I just loved the music — it was bebop, Charlie Parker and Dizzy Gillespie.”

Studying both bass and voice, she continued her musical education at the Berklee College of Music in Boston, and later earned a master’s degree in jazz studies from California State University, Long Beach.

Her debut album, “Introducing Katie Thiroux,” was hailed by All AboutJazz.com as, “flat out phenomenal,” proclaiming her “a young triple-threat talent,” for her artful bass playing, warm vocal style and compositional gift.

It ranged from slinky jazzy takes on Rogers and Hart’s “There’s a Small Hotel” and Burt Bacharach’s “Wives & Lovers,” to Ella Fitzgerald’s “Shiny Stockings” and a marvelous bass solo version of “Oh, What a Beautiful Morning.”

She followed up with “Off Beat,” another impressive recording of jazz standards and originals, featuring a classic vocal style mixed with instrumentals, cementing her reputation as, “a rising star in the jazz firmament” (AllAboutJazz.com).

In 2017, she caught the attention of music legend Quincy Jones, who picked her to perform at his first jazz club, Q’s Bar and Lounge located in Dubai, with a three-month summer residence.

Thiroux says she most loves the spontaneity of jazz, “the opportunity to create anything in the moment. I love playing the same song many performances in a row because you never know what’s going to happen. And through jazz I get to meet a lot of wonderful people.”

Other festival events include a screening of the Quincy Jones documentary, “Keep on Keeping On,” at the King Kekaulike Performing Arts Center in Makawao tonight at 7. Tickets are $10.

The festival will also include an intimate home concert hosted by Nam and Maryanne LeViet at their house in Ka’anapali featuring Kauflin playing a rare Bosendorfer piano on Friday at 6. Tickets are $100. Donations support scholarships for Jazz Camp.

Jazz Maui dance classes in hip hop and rooted rhythms will be offered by SAMMAY Dizon at the MACC’s Omori A studio on Friday and Saturday for $10 each class. To purchase tickets to the Kauflin/LeViet concert, Jazz Maui dance class times and more information, visit https://jazzmaui.org/.

When the Rolling Stones play Seattle on Aug. 14, Lukas Nelson & Promise of the Real will open for the rock legends. Not bad for some lads who grew up on Maui.

Renowned for their dynamism, innovation and virtuosity, the British duo comprises Mark Eden and Christopher Stell. Both graduates of the prestigious Royal Academy of Music, they were recipients of the Principal’s Prize and the Julian Bream Prize.

“We’re thrilled to have them,” says Verdery, the head of Yale University’s guitar program. “We’ve never had a duo before. They’re stellar musicians. They play like they’re one person.”

The duo were the first guitarists since Julian Bream to be the Editor’s Choice in Gramophone magazine with their “landmark recording” of works by Stephen Dodgson.

“The Eden Stell Guitar Duo continue to render superlatives redundant,” praised Classical Guitar Magazine, hailing them as, “one of the greatest duos of their generation.”

The Makawao Union Church program will include compositions by Scarlatti, Castelnuovo-Tedesco and O’Sullivan.

“I’ll play a new piece I’ve written called ‘The Rain Falls Equally on All Things,’ “ says Verdery. “I’m very excited about this piece. I’m about to record it.”

A classically-trained guitarist and composer, O’Sullivan has been a lecturer in classical guitar at University of Hawaii at Manoa since 2012. In addition to the Western classical repertoire, he is well-versed in Hawaiian slack key guitar and the ukulele. His debut album, “Born and Raised,” was nominated for a Na Hoku Hanohano Award.

• Suggested donation is $10 at the door, with proceeds benefitting the Boys & Girls Clubs of Maui, Makawao Clubhouse.

“Ever since our production in 2005, of ‘Yellow Sound,’ by Wassily Kandinsky, we enjoy the challenge of original stage composition,” says Ebb & Flow Arts Executive Director Robert Pollock. “On Saturday, we will delve into the ancient yet timely myth, ‘Echo and Narcissus.’ “

Featured films will include Carlin Ma’s “Unfolding Presence” (with music by Danny Clay), Peter Swanzy’s “Nalu,” Dom Walczuk’s “East Wind” (with music by Barry Truax) and Sandra Sprecher’s “Flash.” The films were screened at an earlier date on Oahu and Hawaii Island.

Francis Kane will present a dramatic reading of Jean Giono’s “The Man Who Planted Trees,” as well as selected poems by W.S. Merwin. Kane recently performed the one man show “The Albatross,” at the MACC’s McCoy Studio Theater.

Donations are appreciated. For more information, call 876-1854 or visit www.ebbandflowarts.org.