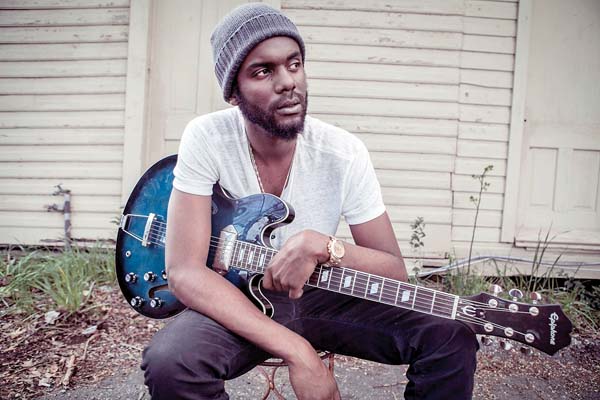 Gary Clark Jr. plays the Maui Arts & Cultural Center’s Castle Theater in Kahului at 7:30 p.m. Sunday. Tickets are $44, $54 and $64, and $150 for VIP (prices increase on day of show; plus applicable fees). The VIP guitar package includes priority entry and a GCJ 2019 guitar accessory pack. Every ticket purchased online includes choice of a CD or a digital copy of “This Land.” Instructions will be sent by email on how to receive the album after ticket purchase. For tickets or more information, visit the box office, call 242-7469 or go online to www.mauiarts.org. Photo courtesy the MACC

Eric Clapton was so impressed watching Gary Clark Jr.’s incendiary debut performance at the Crossroads Guitar Festival in 2010, he wrote him a note of gratitude, which stated, “Thank you, you make me want to play again.”

Likely to be remembered as one of the most memorable blues/rock performers in years, Clark will play the Maui Arts & Cultural Center’s Castle Theater in Kahului at 7:30 p.m. Sunday.

Famous fans of the Texas-born musician include the Rolling Stones, Prince and President Barack Obama.

A frequent opener for the Stones, including on their latest No Filter Tour, Clark typically has joined the rock gods on stage singing with Mick Jagger and injecting his fiery solos on classics like Freddie King’s “Going Down.”

“I spent a lot of time in Keith’s [Richards] dressing room listening to Howlin’ Wolf records, which was kind of surreal,” he told The Guardian. “He was like, ‘We’re from the same school, mate, we’re like brothers.’ I’ve gotten the chance to jam with some of the biggest artists in the world. Every day I’m just grateful.” 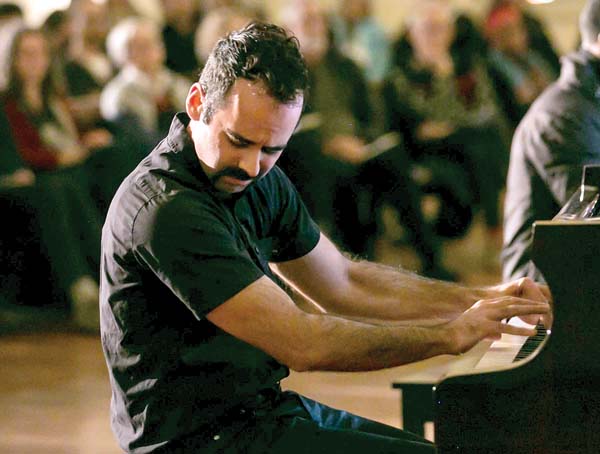 When a bunch of icons including Jagger, Jeff Beck and Buddy Guy played the Obama White House in 2012, they added Clark to the historic lineup. President Obama later praised him as “the future.”

Check out the YouTube video of Clark at the White House gig storming through “Catfish Blues” with the president smiling and grooving along in the front row and giving Clark a standing ovation.

Growing up in Austin, Texas, Clark was 12 years old when he got his first guitar. When he heard Stevie Ray Vaughan’s “Texas Flood” and Jimi Hendrix’s “The Ultimate Experience” his path was set.

“Those records spoke to me in a way I can’t describe,” he told Guitar World. “When I heard ‘Purple Haze’ in my headphones, I knew that was my thing.”

Clark made a name locally jamming with veteran musicians around nearby clubs, and eventually performing at Antone’s nightclub, where he began sharing the stage with local blues heroes like Jimmie Vaughan, Hubert Sumlin and Pinetop Perkins. 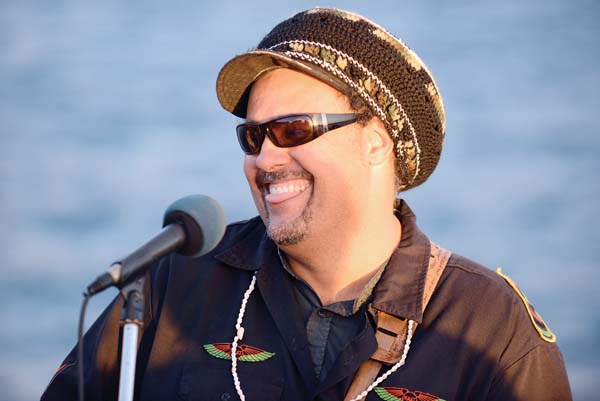 An amazing live performer, Clark became one of the brightest players on Austin’s blues and rock scene, and then the Crossroads Festival performance catapulted him to stardom.

“When I played Crossroads Festival in 2010, I walked across the stage for the finale and B.B. King grabbed my hand and looked at me and just kind of nodded, smiled at me,” Clark told The Guardian. “It was kind of like a welcome. I got teary-eyed.”

Earning rapturous reviews for his EP “The Bright Lights” in 2011, Clark followed up with “Blak And Blu,” which illuminated his stylistic range from the Smokey Robinson-flavored “Please Come Home” to “Ain’t Messin ‘Round,” which recalled Sly and the Family Stone’s funk.

“Clark’s penchant for restless, exploratory tangents ensures that ‘Blak and Blu’ hits like a ton of bricks,” praised Spin. “When his band gets a chance to stretch out, they burn through blues-based rock with the destructive, mountain-leveling force of a comic-book super-weapon.”

The double disc “Live” in 2014, demonstrated his amazing power.

“What’s it like to see him live, to believe with your eyes what your ears are hearing,” noted Pop Matters. “Pyrotechnics and sick skills backed with tons of soul and feeling you can’t fake. He mixes blues and rock, incorporating folk and jazzy elements as well as anyone since Hendrix.”

A year later, with “The Story of Sonny Boy Slim,” Clark produced his most soulful album to date.

“This music is my healing,” he sang on the opening track, backed up by a gospel-style choir. The smooth soul of “Cold Blooded” recalled Curtis Mayfield, while “Star” and “Down to Ride” jetted him into funky Prince territory, and “Church” took him to the heart of the Mississippi Delta.

In early 2019, Clark released the epic “This Land” where he addressed the racism he has faced on the powerful title track.

“My intention is to give people a perspective from someone who has felt belittled and frustrated and no longer wishes to deal with those situations,” he reported in a Variety interview.

“The album ranges from Delta blues to dub reggae, Stax-style soul anthems and Prince-like epics, capturing Clark’s promise at a mind-blowing level,” raved Rolling Stone. ” ‘This Land’ is the most important song Clark has ever written.”

Adam Tendler has been hailed as a “virtuoso pianist,” a “musical mastermind” and “modern-music evangelist.” Considered one of the nation’s leading interpreters of modern American music, he returns to Maui for a piano recital Sunday at 4 p.m. at the Makawao Union Church that celebrates Ebb & Flow Arts’ 20th anniversary.

“We are delighted to present Adam Tendler,” says Robert Pollock, executive director of E&FA. “Ever since his remarkable recital here in 2006, as part of his 50 state tour, ’88 x 50,’ we realized his astounding pianism.”

“If they gave medals for musical bravery, dexterity and perseverance, intrepid pianist Adam Tendler would earn them all,” praised The Baltimore Sun. “He has managed to get behind and underneath the notes . . . living inside the music and making poetic sense of it all.”

Growing up in Vermont, Tendler attended Indiana University, and later set out on the “88 x 50” tour, where he performed solo recitals across the country, eventually reaching all 50 states. He often performed for free and lived out of his car much of the time.

A correction from last week. My interview with Jimmy Dillon included a reference to Elton John’s historic show at the old Blue Max, and how the red piano he played was shipped over from Honolulu. Well, it actually came from the basement of The Lahaina Arts Society in the Lahaina Courthouse. Artist George Allan emailed how it was trucked to the Blue Max while he played, “old favorites to the Front Street crowd along the way.”

A big two-day, Republik Music Festival coming up on Sept. 27 and 28 at the MACC’s A&B Amphitheater will feature British and American reggae stars. Steel Pulse will headline the Sept. 27 show with The Original Wailers and Trevor Hall. Tribal Seeds headline on the 28th with Matisyahu and Groundation.

The Original Wailers are led by American guitarist Al Anderson, who played on such Bob Marley classics as “No Woman, No Cry,” and “Three O’Clock Roadblock,” and the “Babylon By Bus,” “Survival” and “Natty Dread” albums. Anderson also played on Peter Tosh’s albums “Legalize It” and “Equal Rights.”

“Steel Pulse delivers a rousing take on the world today, exploring issues from trafficking to climate change with sincerity and positivity,” praised a Guardian review.

When Hinds was looking for someone to produce dub versions of the album’s tracks, Marty Dread turned him on to Gaudi, who remixed Marty’s version of Edie Brickell’s “What I Am.”

• Tickets are $39.50 for general admission and $79.50 for VIP for each night (plus applicable fees). There is a $5 discount per night when purchasing tickets for both nights at same time. Prices will increase day of show.

Marty Dread will perform on July 28 at a free celebration marking the first anniversary of Maui Sunday Market at Kahului Shopping Center. The Homestead Band plays from 5:15 to 6:15 p.m., and Marty comes on at 6:30 p.m. The event will also feature food trucks, island vendors and family bingo from 4:30 to 5 p.m.