Have guitar … will travel 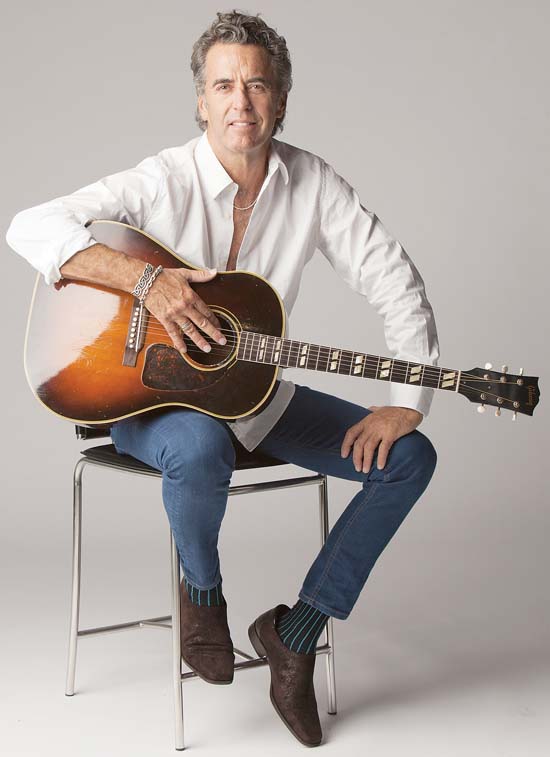 Jimmy Dillon plays a weekly acoustic show with Brooks Maguire at Mulligans on the Blue in Wailea every Thursday from 6:30 to 8:30 p.m. The Jimmy Dillon Band will play a “Dance Party” at Casanova Italian Restaurant and Deli in Makawao on July 21 from 3 to 5 p.m. Admission is $10 at the door.

When Elton John played at Lahaina’s Blue Max in 1977, Jimmy Dillon was in the audience for the historic event. His band, Oasis, had opened the show, and Dillon was hoping he could somehow jam with the rock legend.

So when John launched into “Rocket Man,” Dillon seized his chance and jumped on stage.

“I thought this might be inappropriate, but I am a slide guitarist and what the hell,” Dillon recalls. “I got up there and went [he imitates an ascending slide guitar riff] and I was done. He played a red piano he had flown in from Honolulu. He was great. The whole of Front Street was packed.”

Now back performing on Maui, Dillon relishes the time when our island, “wasn’t such a well-known place.”

Between 1974 and 1979, he played three nights a week at the Blue Max (now the site of Lahaina Pizza Company). 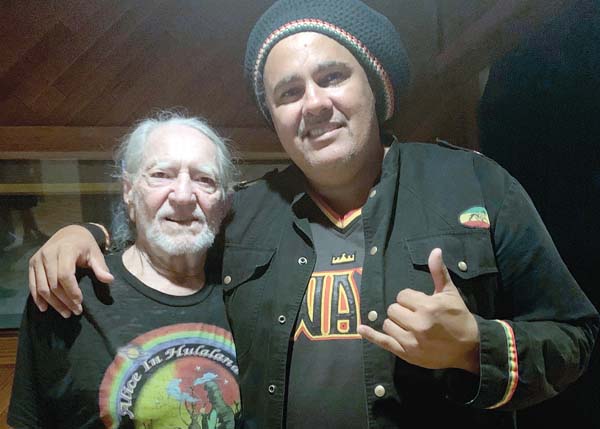 “If somebody wandered in, we got to play with them. So I played with Boz Scaggs when ‘Silk Degrees’ first came out, and Linda Ronstadt played there. It was amazing. It was a heady time to be on Maui.”

During this period, he ended up teaming on a recording project with Moody Blues’ founding keyboard player Michael Pinder.

“He came to Maui and asked me if I would like to collaborate on his first solo album, ‘The Promise,’ “ Dillon explains. “It helped me to make enough money to buy land in Olinda.”

Currently Dillon can be heard playing Thursday evenings with Brooks Maguire at Mulligans on the Blue in Wailea.

“It’s acoustic and I love that,” he enthuses.

And every third Sunday, he performs at Casanova with his group.

Dillon’s storied career has seen him touring the world with Bruce Springsteen’s saxophonist, the late Clarence Clemmons, opening for the Beach Boys, jamming with Carlos Santana, playing before President Clinton onstage with The Band and producing a musical, “Ascension of the Blues,” which explored the African origins of the blues.

“We played all through the ’80s in the Bay Area and toured with the Beach Boys,” he notes.

Meeting Springsteen’s saxophonist Clemmons was a pivotal moment in his life.

“I became his musical director and started writing and singing as a lead singer in his band,” he says. “I spent a decade on and off with him right up to his death. Clarence got his work ethic from Bruce, and he really impressed that upon me. Through him I got to play with all these heroes of mine.”

This included performing at one of the celebrations for President Clinton’s 1993 inauguration in Washington, D.C. Besides Clemmons’ Red Bank Rockers band, the lineup included Bob Dylan, The Band, Dr. John and Stephen Stills.

“I walked in and there was The Band on stage and Dr. John was on the keyboards and Dicky Betts (of the Allman Brothers) and Stephen Stills were on guitars,” he marvels. “I got to join that band that night. Then a funny looking guy in a blue suit walked up and he didn’t have a guitar, so I gave him one of mine — it was Dylan. It was surreal.”

Clemmons added his distinctive sax to Dillon’s rootsy rocking CD “Bad and Blue,” which featured a bunch of impressive originals along with a cover of the Stones’ “No Expectations.”

“About five years ago I became Tracy’s musical director and then her sister married Carlos Santana,” he explains. “Last year she called me and said, ‘Carlos likes your material,’ and he did a string of gigs with us. I was in rehearsal and he says, ‘Jimmy, you don’t play guitar, you play life.’ “

Dillon’s return to the islands was precipitated about four years ago when he was hired to present a major show in Kona.

“I got the Santana band minus Carlos and Lisa Fischer, who had just been in the (movie) ’20 Feet From Stardom.’ We did this gig, and it was the best night of my life — playing all Stones and Santana and a couple of my originals. Then I came over for New Year’s and played Fleetwood’s, and I got the bug. Four years later we’re Upcountry. It’s been really wonderful. It’s dream come true to be back on Maui.”

Maui’s Reggae Ambassador Marty Dread just returned from Texas where he recorded two new songs with country icon Willie Nelson for the forthcoming album, “Everything Must Change,” which will showcase his talent beyond reggae.

Over the years he’s fused reggae and country on his “Upcountry Boy” album and sung blues and rocked with Lukas Nelson in the band Harmonic Tribe, and now he’s looking forward to presenting another facet of his talent on the new work, which he will release under his birth name — Martin Hennessey.

“It’s nothing to do with Marty Dread the reggae guy,” he continues. “My fans might be taken aback by it. It’s very different.”

Marty had composed a song called “Jacaranda Tree,” which he hoped Willie would sing on.

“When he heard it, he asked if he could play Trigger on it,” says Marty. “He felt it was the right instrument for the tune. He doesn’t travel with Trigger to Maui so he said, ‘If you want me to play Trigger, you have to come to Austin.’ He’s such a busy guy, for him to donate a piece of his time, I felt really lucky.”

Marty and Willie share a long history of making music together, stretching back more than 15 years.

“I think Willie has sung on seven of my songs I wrote, and I sang on a couple he wrote,” he notes.

He sang “Lend a Hand to the Farmers,” with Willie at Farm Aid in 2010; released “Peace Works,” in 2014, which compiled duets with the country legend including the songs “Take No Part” and “Peaceful Solution”; and sang on Willie’s song “What Ever Happened to Peace on Earth?” about the Iraq War, alongside Michael McDonald, Ben Harper, Jack Johnson and Pat Simmons.

The first time they met in Paia, Willie had told him, “We should do something some day.”

While visiting Willie at his Maui home, Marty connected with his sons, Lukas and Micah Nelson, and they ended up forming the band Harmonic Tribe, which toured as the opening act for Willie.

A prolific musician who most recently released “Footprints,” which included covers of Creedence Clearwater Revival’s “Have You Ever Seen the Rain” and Harry Chapin’s “Cats in the Cradle,” Marty collaborated with guitarist Jeff Hornbeck on his new album.

“He’s a fantastic guitar player, arranger and producer,” says Marty. “He wanted to do some recording together, but he didn’t want to do a reggae record. He said, ‘You can send messages in different genres.’ I had been saving a lot of songs for an acoustic album, and then we got Kris Thomas playing drums and it became a band record. I’m really excited.”

Other musicians on board include keyboardist Jerry Kavarsky, bassists Ricieri Nascimento and Jay Molina, and Willy Wainwright on electric violin.

• Marty Dread plays every Friday on the Pacific Whale Foundation’s Island Rhythms Sunset Cocktail Cruise out of Maalaea Harbor. Cost is $85 for adults (ages 13 and older) and $45 for children (ages 12 and younger). A kamaaina discount is available with proof of residency. For tickets and more information, call 249-8811.