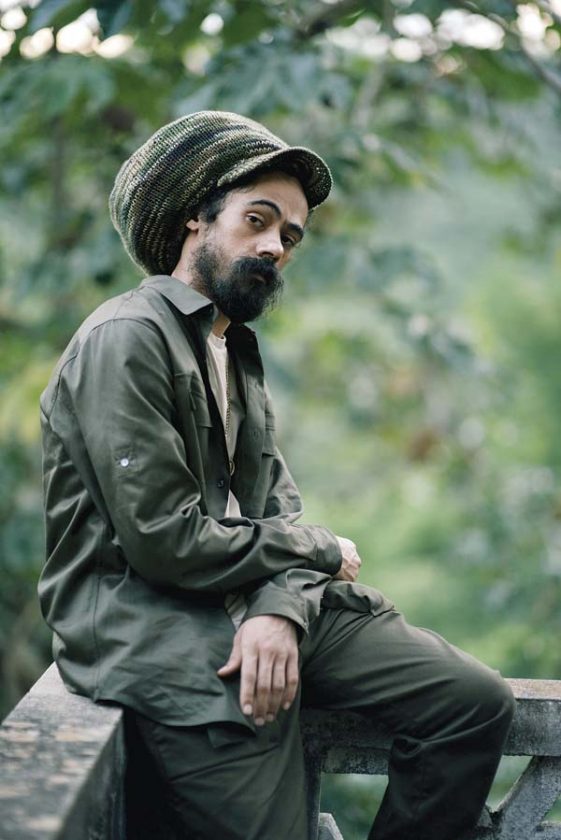 Before returning to the Maui Arts & Cultural Center on Friday for the MayJah RayJah 2019 10-Year Anniversary music festival, Damian “Jr. Gong” Marley has been touring Europe, headlining a Woodstock ’69 fest in the Netherlands, as well as festivals in the U.K., Belgium and Greece.

Along with his hits like “Welcome to Jamrock” and “Road to Zion,” he enthralled crowds with legendary classics by his father from “Could You Be Loved” to “War.”

One of the greatest contemporary reggae artists of our time, Damian was only two when his father died. Raised by his mother Cindy Breakspeare, who won the Miss World crown for Jamaica, it was natural that he would follow in the footsteps of his father and siblings.

“Growing up, when your father’s a musician and your brothers are musicians, it definitely helps,” he says. “When I was a little kid, my mother took me to concerts to see dancehall performers like Shabba Ranks, Tiger and Supercat. A lot of my influence comes from that dancehall era.”

A vital heir to his iconic father’s legacy, Damian says, “as the youngest, I have a lot of support and experience to draw from. My father laid a foundation, an infrastructure that we could plug our thing into. Having so many brothers and sisters that love and support you is a blessing. We have one of the greatest examples to follow. I’m always free with my music. I say whatever I want to say at a given time.” 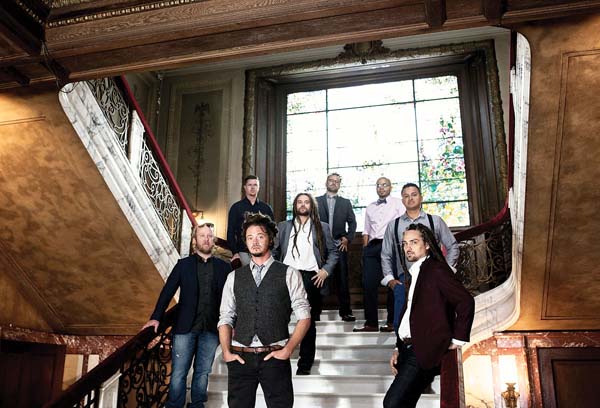 Known for inspiring messages with stirring roots rhythms, SOJA (above) is the headlining act on Saturday, day two of the MayJah RayJah 2019 10-Year Anniversary music festival at the MACC. Photo courtesy the artists

At the age of 13, he formed his first band, the Shepherds, which also included the son of Third World’s Cat Coore and the daughter of Freddie McGregor. The teen group opened up the 1992 Reggae Sunsplash festival.

By 1994, he was working on his own solo project, and with the help of his father’s label, Tuff Gong, he recorded “Mr. Marley.” Assisted by his brother Stephen, he next recorded “Halfway Tree,” which won a reggae Grammy in 2001.

Then came the double-Grammy-winning hit album, “Welcome to Jamrock,” in 2015. Guests on the album included brother Stephen Marley, Bounty Killer, Eek-A-Mouse, Bobby Brown and hip hop star Nas, who rapped on the track “Road to Zion.”

The accolades poured in for “Welcome to Jamrock,” with both Rolling Stone and Spin magazines including it in their annual lists of top recordings. The New York Times hailed the title track as “a contender for Reggae Song of the Decade,” and New York Magazine named it the Best Single of 2005.

The recording won Damian a Grammy for Best Reggae Album and another for Best Urban/Alternative Performance. He was especially pleased to win in a non-reggae category.

“It felt great making steps in the direction I want to be stepping toward, speaking about reggae winning Grammys outside of just the reggae category,” he reports.

Even though it took over a decade for Damian to follow up “Welcome to Jamrock,” he kept up a steady pace of guest appearances on albums for people like Gwen Stefani, Bruno Mars, Mariah Carey, Snoop Dogg and Joss Stone. He also recorded a single with Skrillex.

Collaborating with Nas, the two musicians released “Distant Relatives,” which celebrated the correlations between reggae and hip-hop, and traced the music’s common African roots.

“If you look at the history of hip-hop and reggae music, you can see that they’re both very much intertwined,” he explains. “A lot of ’80s hip-hop was influenced by Jamaican culture.”

Then in 2011, he was part of the SuperHeavy project, with Mick Jagger, Joss Stone, Dave Stewart and Bollywood composer A.R. Rahman.

“Among an overload of vocalists, it’s Damian Marley who steals the show,” praised U.K.’s The Telegraph.

The Jamaican star’s most recent album, “Stony Hill,” won him another Grammy. It was full of fierce, in-your-face reggae decrying the ills of the modern world.

“I use music as a means of communicating about what my thoughts and ideas are about the issues that face my generation today,” he explains. “It’s communication to learn from each other and uplift life globally. Music can

transcend a lot of barriers. Ultimately people have to make the change, but music helps to influence people.”

From the stirring dancehall sound of “Time Travel,” delivered in full Jamaican patois, Damian ranged wide to roots with “Slave Mill,” exuberant reggae/pop with the catchy “Living It Up” and even serenading Nat King Cole-style with the orchestrated, romantic ballad, “Autumn Leaves.”

Closing the album with the beautiful prayer, “Speak Life,” Damian offered guidance for weathering this time.

“Don’t concentrate to what’s bogus,” he sang. “Rise up to the challenge you’re faced with / Keep your head up and stay up / Live a humble and meek life / Life is sacred.”

” ‘Stony Hill’ not only marks the work of an artist that has, almost inconceivably, maintained the ‘Jamrock’ momentum from a dozen years ago, but has reloaded with jet fuel along the way,” raved a Reggaeville review.

The brilliant “Fire in the Sky” from their most recent album, “Poetry in Motion,” encapsulates their talent for espousing powerful, conscious lyrics that fuse various musical influences around a reggae foundation.

Over the years, they’ve sold thousands of albums, toured 20 countries and have generated an almost Grateful Dead-like international fan base.

Their 2014 album, “Amid the Noise and Haste,” featured collaborations with the likes of Damian Marley, Michael Franti, Nahko, Collie Buddz and Maui’s Anuhea.

Among the album highlights, the powerful opening “Tear it Down” was a cautionary tale about the coming tribulations, using symbolism of a great flood.

Jr. Gong appeared on the buoyant, hopeful tune “Your Song” that asked fans to help the band members remain righteous.

“If you see me forgetting / Forget who I am,” Hemphill sang, “Just try to remind me / And put up your hands in the stands.”

“It was incredible,” Hemphill recalls about working with Damian. “He’s one of my favorite musicians. You are kind of in awe the whole time he’s working with you because you are into his music so much. He must have liked the song because what he did is really good.”

“We love playing everywhere,” enthuses Hemphill on SOJA’s return to Maui. “We play reggae so we’re lucky. We play music that’s about change and love and compassion. It’s very anti-competition and accumulation of wealth.

“Everywhere we go, we look out at the audience and everyone is feeling the same vibe. And we ask them to take it home with them and keep it as long as they can.”

Barry Flanagan and Eric Gilliom will headline the entertainment at the free 12th annual Seed To Cup Coffee Festival at the Maui Tropical Plantation in Waikapu on Sunday, Aug. 4.

Presented by the Maui Coffee Association, the music lineup features Benny Uyetake at 9 a.m., the Ali’i Classical Trio at 10 a.m., the King Kekaulike High School Jazz Band at 11 a.m., Zenshin Daiko at noon, Mark Johnstone and John Zangrando at 12:30 p.m., rock and blues with Total Riff Raff at 2:30 p.m. and Flanagan performing with Gilliom at 3 p.m.