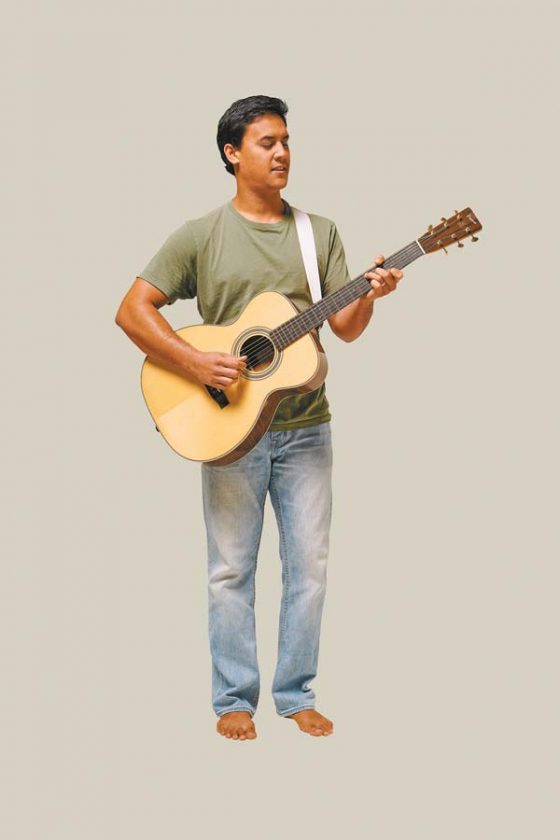 “Both are huge influences on my music,” says Asing. “I gravitated towards them because of their ability to write songs and perform them by themselves and to be able to captivate an audience in a way that’s almost other worldly. Growing up I said if I’m going to play music, I want to be like those guys.”

Opening and closing the album with two classic Hawaiian songs, “Ka Na’i Aupuni,” which honors the great chiefs of the islands, and “Aloha Ka Manini,” he ventures into country music territory on a couple of tracks with help from Tim McGraw’s pedal steel guitarist Denny Hemingson.

A resident of Molokai for the last three years, Asing won his second Hoku for a beautiful, lyrical homage to the island, “Molokai on My Mind,” which was honored as Single of the Year in 2017. 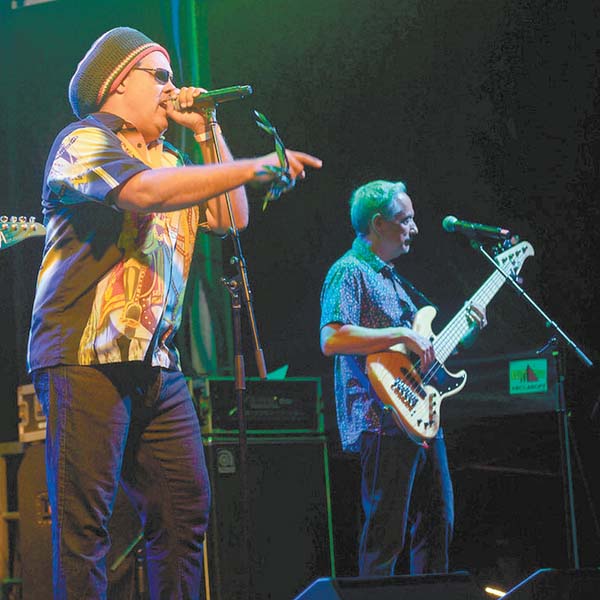 “Classmates would ask me to play at their graduation parties, but I didn’t think about (music) as a career until my early twenties,” he explains. “With my ‘Young, Old Soul,’ album, I found out I could make money doing it.”

Choosing “Young, Old Soul” as the title of his debut album, does he feel like an old soul?

“Friends in college and then peers playing music would always call me, ‘old soul, there he is,’ because of the songs I played and the way I wrote music and my approach to life and my core values. It just kind of fit.”

In the last few years, he began working with Henry Kapono, joining the Hawaiian legend as a member of The Songs of C&K band and appearing on the Hoku-winning compilation album, “The Songs of C&K,” performing the classic “Railway Stations.”

“That was the soundtrack of my childhood,” he says. “I grew up on the old stuff. To me that was good music.”

Feeling honored to work with Kapono, Asing relishes their time together.

“He’s still performing and writing and playing at a high level,” he says. “He does six to 10 gigs a week. For him to be playing that much and to sound that good is a huge inspiration for me.”

Catch Artist 2 Artist featuring Henry Kapono and Blayne Asing at 7:30 p.m. Friday in the Maui Arts & Cultural Center’s McCoy Studio Theater. Tickets are $35, $45 and $65 (plus applicable fees). A “Hangin’ with Henry” package is available for an additional $45 (plus applicable fees), which includes a backstage session from 6:30 to 7 p.m. with talk-story, music and photo/autograph opportunities. General concert ticket must be purchased prior to requesting a Hangin’ with Henry ticket. For tickets and more information, call 242-7469, visit www.mauiarts.org or head to the box office.

The 18th annual Richard Ho’opi’i Leo Ki’eki’e Falsetto competition will be held on Saturday at the Ritz Carlton Kapalua. This year’s theme is “E Ho’i Na Wai, E Ho’i ke Aloha i ke Ao” (“may the waters return, may the love for our world return”). The festival provides amateur falsetto singers with a platform to perpetuate a unique aspect of Hawaiian music.

Uncle Richard, who passed in 2018, worked for years to preserve the Hawaiian art of falsetto singing, launching the first Richard Ho’opi’i Falsetto Contest in 2002. In 2015, he was honored with the Hawaii Academy of Recording Arts Lifetime Achievement Award. With his late brother Solomon Ho’opi’i, they performed for years as the popular Maui duo, the Ho’opi’i Brothers, and were honored with a Folk Heritage Fellowship in 1996 from the National Endowment for the Arts in recognition of their cultural legacy.

“Here, in perhaps one of the most important recording projects in recent history, we lift our collective voices in tandem with thousands of others here in Hawaii and across the globe in support of Mauna A Wakea,” reported kumu hula Reichel.

The song, composed by Hinaleimoana Wong-Kalu, will be featured on a new album titled “Ku Ha’o Maunakea.” Featuring all new music composed and recorded since the TMT opponents started their encampment on the mountain, the album will be available soon on iTunes.

Maui’s Reggae Ambassador, Marty Dread, will perform a “Full Moon Reggae Party” to benefit radio station, Mana’o Radio at 7:30 p.m. Friday at Mulligan’s on the Blue in Wailea. He recently performed at the sold-out Mahi’ai Music and Food Festival fundraiser at the Maui Country Club.

Dread’s currently working on a non-reggae album of Americana rock, which features Willie Nelson on a track, and hopes it will be out by Halloween.

Maui-born musician Seda will open the show. She just completed recording her debut five-song EP, produced by Mike Pappas, who has worked with Courtney Love, Christina Aguilera and Everclear. The first single from the EP, “Sunflower,” will be released this week.

Admission is $20 at the door, with proceeds benefiting Mana’o Radio.

Country star Miranda Lambert returns to Maui on Dec. 7 for the fifth annual BMI Maui Songwriters Festival at the MACC. Lambert recently released the new single, “It All Comes Out in The Wash,” her first solo offering in three years. It’s the lead song from her forthcoming studio album, “Wildcard.”

The show also includes Maren Morris, a member of the country super-group, The Highwomen, who just released the album “Redesigning Women,” which Variety praised as, “the best country album in years.”

“I am thrilled to be returning to the Maui Songwriters Festival this year. I first attended two years ago and fell in love with the island,” reports Morris.