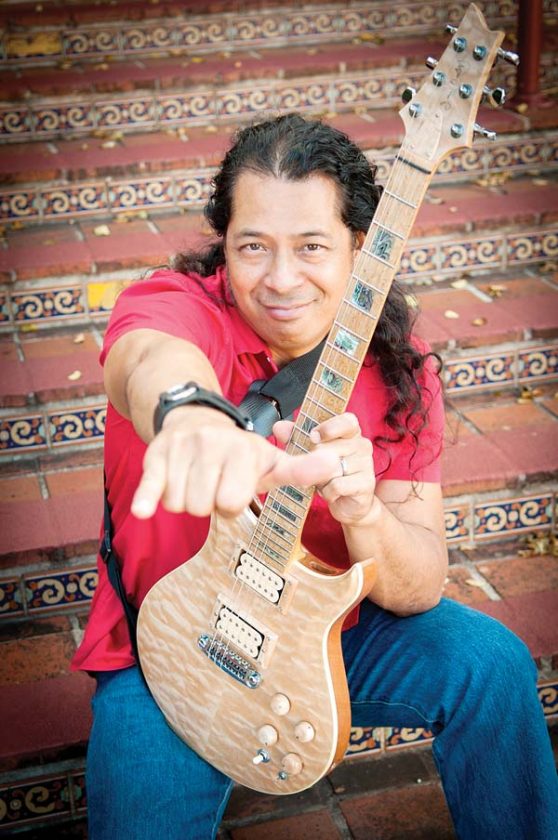 Describing his music as “jazz infused rock & roll with Hawaiian soul,” Halemanu produced the winning “So the Story Goes,” which featured a number of standouts like the jaunty original “Ala Kahikio o Hana” (Old Hana Road), the rockabilly swing of “Carwheelah Ride” with its tale of frozen Lahaina-bound traffic, and a cover of Palani Vaughan’s famous “Ka’a Ahi Kahului,” about Hawaii’s first passenger train.

An impressive jazz guitarist, Halemanu also expressed his talent on ukulele with Peter Moon’s “Pandanus” and his love for Hawaiian music with the classic “Waiulu.”

A very versatile artist, he can rock too, as seen in online videos such as unleashing “Stairway to Heaven” at a Zeptember show, and backing Aerosmith’s Steven Tyler on “Dream On” at a Mala Wailea New Year’s Eve event.

With Hawaiian music as a foundation, Halemanu likes to infuse some jazz into his songs, “and the rock and roll aspect is more along the lines of the ’50s and ’60s’ style,” he explains. “You might hear some surf beats like the Ventures and some rockabilly. 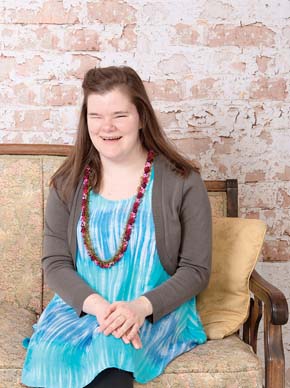 Makanaokahaku shares her love for traditional Hawaiian music at 7 p.m. at Maui Coffee Attic in Wailuku. Photo courtesy the artist

“I used to play in classic rock bands, and I grew up on my parents’ record collection which consisted of a lot of ’50s and ’60s’ popular music.”

Growing up between Hana and Kahului in a musical family combined with advanced education at the Musicians Institute in Los Angeles led to his fusion of Hawaiian rhythms, culture and storytelling with contemporary sounds.

“The concept is two local boys with similar backgrounds that love jazz and grew up with Hawaiian music,” he says. “We both play steel guitar, and I play slack key guitar and ukulele. We’re bringing together two different generations.”

He will also be heard on the soundtrack of an upcoming film shot on Maui, “Aloha Surf Hotel,” directed by Stefan Schaefer.

“Stefan asked me to score the movie,” says Halemanu. “I told him its right up my alley because I love the Ventures. I can give a Hawaiian spin on ukulele and guitar.”

Looking forward to his MACC show on Friday, Halemanu will be joined by James Somero on drums and Eddie Aviles on bass. In his shows, he plays a double-necked guitar and ukulele combo.

“I started playing guitar later in life; I only played ukulele,” he explains. “I would switch off on stage, and I thought it would be wonderful if I had a guitar ukulele combination. And about 16 years ago, I had someone build it. We have a good show planned at the MACC. I’m really excited.”

Halemanu and his band perform at 7:30 p.m. in McCoy Studio Theater at Maui Arts & Cultural Center in Kahului. A portion of ticket sales will benefit The Maui Farm, Aloha House and Imua Family Services. Tickets are $28 for general admission, $43 for VIP (includes seating in the first three rows and a signed CD) and $23 for kupuna ages 65 and older as well as students with valid ID (plus applicable fees). Tickets are available via the MACC box office, at www.mauiarts.org or by calling 242-7469.

A remarkable California-based musician who fell in love with Hawaiian music, Makanaokahaku will share her love for our traditional songs on Friday at Wailuku’s Maui Coffee Attic.

Born Madison Scott, she was given the Hawaiian name Makanaokahaku (“gift of God”) at an aloha festival. Hawaiian music became a passion at an early age for this artist who was born blind.

“It was the sound and the harmonies and steel guitar,” she recalls. “The whole style just appealed to me. It was beautiful.”

So far she has released two Hawaiian music albums, “Makanaokahaku” and “Na Mele Punahele,” that highlight both her impressive vocal ability (she’s an angelic falsetto singer) and her gift for composing Hawaiian language songs, as she is fluent in Hawaiian.

Her love for Hawaiian music began about 10 years when she became interested in songs about the moon.

While immersed in listening to Hawaiian music she kept coming across the phase “ha’ina ‘ia mai ana ka’puana.”

“I heard it over and over again and wanted to know what it meant,” she recalls. “We found out it means ‘the story is told,’ and then it was, ok, what stories are they telling?”

And thus Makanaokahaku began learning how to speak Hawaiian.

“The language was so beautiful,” she enthuses.

A home-schooled student living in Cambria, Calif., she found a Hawaiian curriculum online, “and the Lord worked it out for me to take Hawaiian as my foreign language in high school,” she says. “And since I’ve been to Hawaii eight years ago, I’ve connected with Hawaiian-speaking people, even people from the island of Ni’ihau. God has worked it out for me to keep learning.”

Her first Hawaiian music album, “Makahaokahaku,” was part of a high school senior project. Released in 2014, it featured covers of popular songs like “Hi’ilawe,” which she performed as a chant, and “Alika,” made famous by Aunty Genoa Keawe.

In the liner notes, she wrote about her original song, “Aloha Wau Ia Kaua’i.”

“Many people who visit Hawaii might experience the beauty of it by sightseeing. However, my experience on Kauai was full of enjoying the culture of Hawaii through sounds, since I am blind. Other than hearing beautiful Hawaiian music in several different ways, I heard ‘olelo Hawai’i (the Hawaiian language) being spoken. I not only had the amazing opportunity to speak Hawaiian with other native Hawaiians, but I also had the amazing privilege of hearing them speak Hawaiian to me.”