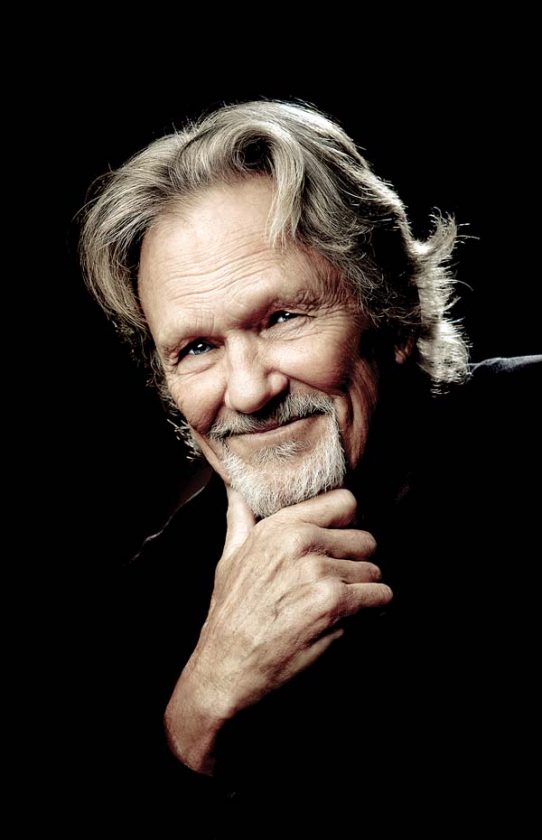 Kris Kristofferson & The Strangers perform in MACC’s Castle Theater on Saturday at 7:30 p.m. The show is a benefit concert for Na Keiki O Emalia and the MACC. Na Keiki O Emalia is a Maui-based nonprofit organization that provides support to grieving children, teens, and their families to help them heal after the death of a loved one.

During her sold-out show in July before 65,000 fans at London’s Hyde Park, Barbra Streisand reunited with, “one of my favorite leading men,” her “A Star is Born” costar Kris Kristofferson, for a historic duet on the ballad “Lost Inside of You.”

“Though it had been 43 years since Streisand and Kristofferson first starred together, the chemistry between the two seemed as strong as ever,” noted People magazine.

A Golden Globe-winner for his role in “A Star is Born,” Kristofferson has recorded more than 30 albums throughout his career, and written some of the greatest songs of all time, including “Me and Bobby McGee,” “For the Good Times,” “Sunday Mornin’ Comin’ Down,” and “Help Me Make It Through the Night.”

On Saturday, the Grammy-winning legend returns to Castle Theater for a concert to benefit Na Keiki O Emalia and Maui Arts & Cultural Center. He will be backed at the show by The Strangers, who were best known as the back-up band for country icon Merle Haggard.

Just before Haggard passed away, he requested that The Strangers continue without him, which inspired Kristofferson to tour with the band. “I had the highest respect for him,” Kristofferson told Rolling Stone. “Knowing him and Willie and Waylon and Johnny Cash, that’s been one of the biggest blessings in my life.” 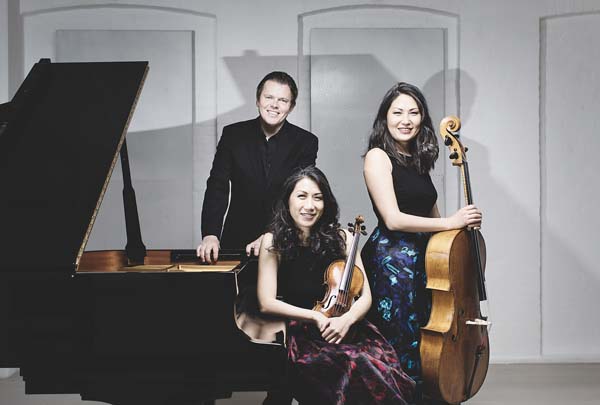 Before becoming one of country’s greatest composers, Kristofferson began writing songs while studying English literature at Oxford University in the UK. Winning a prestigious Rhodes scholarship, he studied at the same college where “Lord of the Rings” author J.R.R. Tolkien was a professor. Dubbed the “Yank at Oxford,” he performed as Kris Carson in local clubs.

Inspired by visionary poet/painter William Blake, Kristofferson told The Independent: “Blake thought that if you were called by the Divine to be creative, you were obligated. He said that if you buried your talent, sorrow and desperation would pursue you throughout life. For a young guy like me who wanted to be creative against everybody else’s advice, that was powerful stuff.”

After graduating from Oxford, Kristofferson joined the Army, serving as an Airborne Ranger helicopter pilot achieving the rank of captain. While stationed in Germany, he formed a band called The Losers.

To his parent’s chagrin, he quit the Army, and with dreams of becoming a song writer, moved to Nashville, eventually working as a janitor at Columbia Studios, where Bob Dylan was recording “Blonde on Blonde.” He would later report moving to Nashville saved his life.

Composing distinctive, illuminating songs unlike any other artist in Nashville, Kristofferson soon attracted the attention of country’s leading stars. Waylon Jennings marveled he was like nothing Nashville had heard before, bringing “a new maturity and sophistication to country lyrics and explicitness to the verse.”

Kristofferson’s self-titled debut album in 1970, was filled with timeless songs. “Everything was working magically,” he told Uncut. “Johnny Cash was my friend and was doing my song, ‘Sunday Mornin’ Comin’ Down,’ and suddenly everything seemed to be turning out for the best.”

Kristofferson took home the Grammy for country song of the year for “Help Me Make It Through the Night” in 1971. Then when Janis Joplin recorded his iconic song “Me and Bobby McGee,” his popularity was sealed.

“Janis having a hit with ‘Me And Bobby McGee’ changed everything,” he told Uncut. “I think it probably got me in the movies too. Everything just seemed to fall into place. From then on, it was all a big blur.”

By the time of his top-charting 1973 album “Jesus was a Capricorn,” even Frank Sinatra and Elvis Presley were recording his songs.

“(His) lyrics are literature whether you sing them or read them,” Nelson told the Washington Post. “They’re words to live by, and that’s about as much praise as you can say about any writer.”

In 1985, Kristofferson teamed with Nelson, Cash, and Waylon Jennings to form The Highwaymen, the greatest country music super group in history. Revered as country’s “Mount Rushmore,” the group recorded three acclaimed albums and a number one single, “Highwayman.”

“Those records we made were a great time,” recalled Kristofferson in a 2010 Classic Rock interview. “I had all my heroes with me. These are guys whose ashtrays I used to clean.”

In 2014, Kristofferson received a Grammy Lifetime Achievement Award. At the ceremony he was joined by Nelson, Haggard, and Blake Shelton.

“It’s so much of a pleasure to be with these guys,” Kristofferson reported. “One of the best parts of my life has been the guys who are my real heroes are my closest friends. Willie is the closest friend I have. And Merle, the first time I met him in Nashville, people told me to stay away from him because I had a beard and the hair. I was supposed to be one of them long-haired hippies, and we were friends from the moment that we met.”

Released around his 80th birthday, Kristofferson’s most recent album, 2016’s “The Cedar Creek Sessions,” was nominated for the Grammy for best Americana album, his 13th nomination. It featured live in the studio re-recordings of his best known and less familiar songs. A Country Standard Time review praised: “Hardly anyone else in memory has written such a stock of all-time great songs that became signatures for others.”

Still winning accolades at the age of 83, this year he’s been featured on the recordings, “Joni 75: A Birthday Celebration,” singing “A Case of You” with Brandi Carlile, and “Imagine: John Lennon 75th Birthday Celebration,” on “You’ve Got To Hide Your Love Away,” with Nelson, along with Sheryl Crow’s latest release, “Threads.”

“Kris made his own rules, did it his own way,” Nelson once noted.

“I’ve always felt that it was my was my job to tell the truth as I saw it, just the same as Hank Williams did and the way Bob Dylan did,” Kristofferson reported in Clash Music. “It was important to me.”

* Kris Kristofferson & The Strangers perform in MACC’s Castle Theater on Saturday at 7:30 p.m. The show is a benefit concert for Na Keiki O Emalia and MACC. Na Keiki O Emalia is a Maui-based nonprofit organization that provides support to grieving children, teens, and their families to help them heal after the death of a loved one. Tickets are $35, $55, $85, and $125, and a limited number of $500 VIP seats (plus applicable fees). VIP tickets includes a meet-and-greet with the artist, a seat in the first four rows, and a souvenir show laminate. For tickets or more information, visit the box office, call 242-6469, or go online to www.mauiarts.org.

* Celebrated Trio con Brio Copenhagen plays MACC’s Castle Theater on Sunday at 3 p.m. The Trio comprises Korean-born sisters, Soo-Kyung Hong (cello) and Soo-Jin Hong (violin), along with Danish pianist, Jens Elvekjaer. They will play a selection of works by Haydn, Beethoven, and Tchaikovsky. Tickets are $40, $50, and half price kids 12 and under (plus applicable fees). 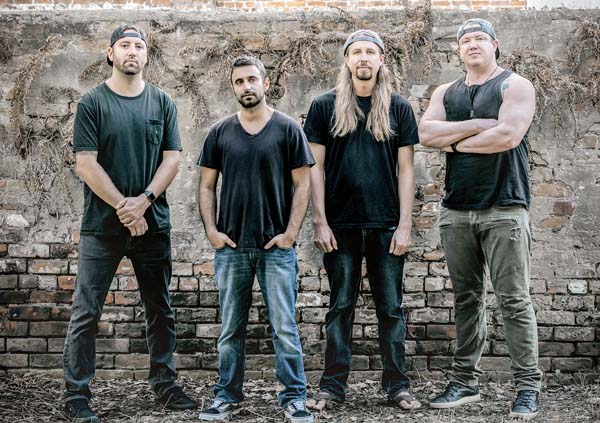