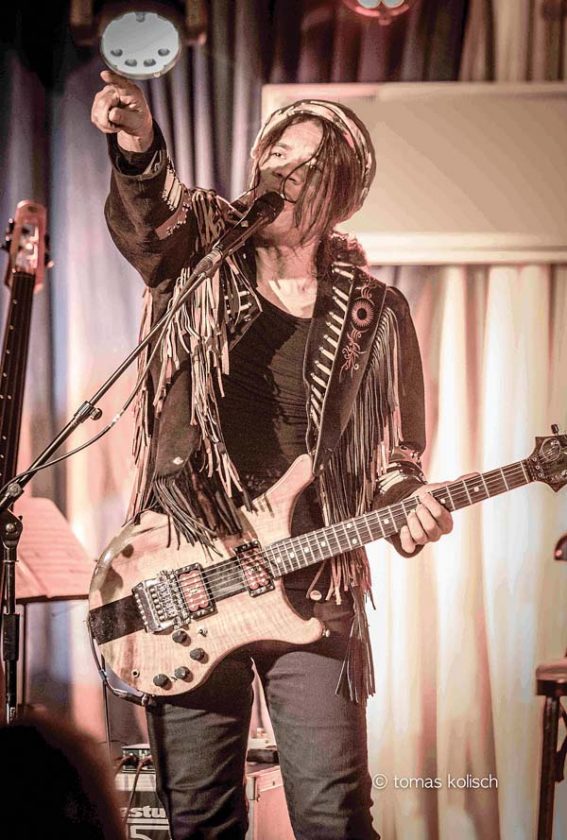 “This is my fantasy of what Jimi would be playing today,” says Stanley Jordan of his show scheduled at MACC’s McCoy Studio Theater at 7:30 p.m. Friday.

To call guitarist Stanley Jordan a genius is a bit of an understatement — he’s jaw-dropping incredible. One of the world’s greatest guitarists, Jordan became famous for an innovative touch-tapping technique (instead of conventional strumming and picking), where he plays melodies and chords simultaneously.

A classically trained pianist, he can play piano and guitar simultaneously, and also two guitars at once. Dazzling audiences, his varied repertoire may range from Bach, Bartok and Miles Davis, to the Beatles, Led Zeppelin and Adele.

Reviewing his debut album “Magic Touch,” the Washington Post marveled: “Stanley Jordan sounds as though he has four arms. Even though he uses no overdubbing or double tracking techniques, Jordan sounds like two jazz guitarists in a duet setting.”

Making his Maui debut on Friday, this virtuoso guitarist has developed a love for Jimi Hendrix into an homage he calls “Stanley Jordan Plays Jimi.”

“This is my fantasy of what Jimi would be playing today,” Jordan explains. “Jimi inspired me from the start as a guitarist. I was a pianist when I got the news that he had died and in that moment I decided I wanted to learn guitar. I felt we needed to keep his legacy alive and I learnt all his solos note for note.” 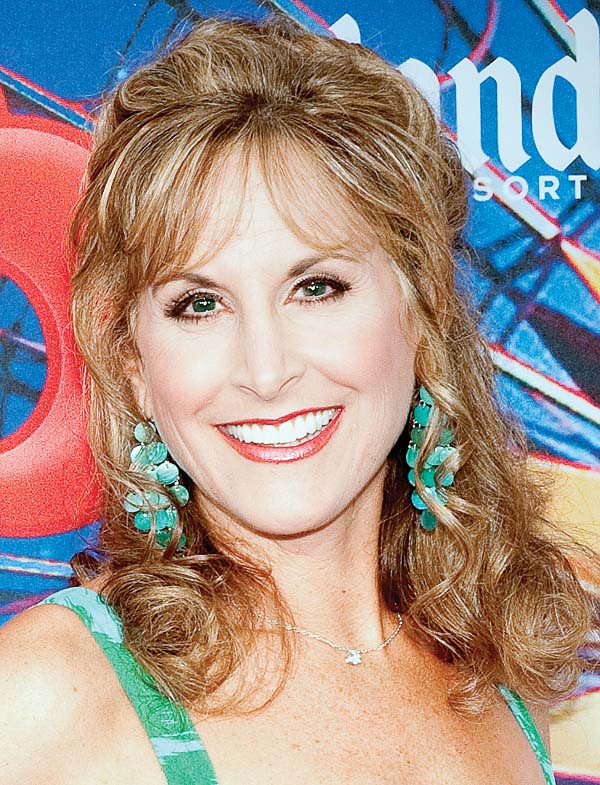 While he pays tribute to Hendrix, his show is not just pure imitation. “I didn’t want to be a Jimi Hendrix clone,” he continues. “I started thinking maybe the time is ripe to do an actual tribute, going deeper into the essence of what he played and recreate the full Jimi Hendrix experience. I’m trying to act and dress like the Jimi we know, but I’m not playing his music note for note. I’m imagining this is Jimi Hendrix today, so there’s room for creativity.”

Asked to name a Hendrix favorite, he cites the brilliant 13-minute “1983 . . . (A Merman I Should Turn to Be).” An epic track on the “Electric Ladyland” album, it’s been described as a “brain-frying psychedelic epic,” which forecast the jazz fusion era of groups like the Mahavishni Orchestra.

“It shows another side, branching off into more open, improvisational things,” he notes. “The lyrics are sort of post-apocalyptic, dystopian where he and his lady have a way of finding peace.”

A graduate of Princeton University, Jordan became the first musician signed to the relaunched Blue Note Records label. His debut album set a record, topping the Billboard’s jazz chart for 51 weeks. It’s since been hailed as one of the definitive moments of modern jazz guitar. Highlights included a novel solo interpretation of the Beatles’ “Eleanor Rigby,” a marvelous impression of Miles Davis’ “Round Midnight” and a spellbinding cover of Hendrix’s “Angel.”

He followed up with “Standards Vol. 1,” featuring brilliant solo guitar interpretations of tunes as varied as Paul Simon’s “The Sounds of Silence,” the Beatles “Because,” and the classic “Georgia On My Mind.”

Later on he produced another epic work with a funky jazz/rock, 22-minute version of Ravel’s “Bolero” on his album “Touch.”

” ‘Bolero’ was dance music and we thought why not take some of the beats that people are dancing to today and do a remake,” he explains. “Sequencing was just starting to be practical, so we jumped right in and went nuts with it. I really enjoyed working on that project.”

More recently, he teamed with fellow guitar great Kevin Eubanks for “Duets,” delivering an exquisite rendition of Gershwin’s “Summertime,” and playing guitar and piano at the same time on a beautiful version of Adele’s “Someone Like You.”

Jordan had begun playing guitar and piano simultaneously on his “State of Nature” album in 2009. “I love doing it, but I had avoided performing it, worried that people might think it was some kind of gimmick,” he says. “A big theme of my ‘State of Nature’ album was getting back to nature from different perspectives, and one was being true to yourself on an individual level. I wasn’t being true to myself by not sharing everything with the world because I had some fear. So I decided to incorporate the piano and not worry about it.”

“I’ve always been drawn to health and healing and I had an idea to connect that with music,” he says. “I was amazed how much really good quality scientific research has been done with music therapy. Barbara Crowe, in the book ‘Music and Soulmaking,’ gets into some of the more recent paradigms like non-linear chaos and complexity theory, and she says you kind of need to go there to fully understand the value of music therapy.

“I’ve been working with massage therapists to develop an approach to music healing with live music improvising in each moment with the massage. We’ve had great reports for the people we worked with. I want to continue to cultivate that.”

“For a surgical operation, I used everything that I had learned,” he explains. “During the induction phase, you don’t want to play recognizable songs because you don’t want to engage their conscious mind, and you want to check for what I call musical allergies. I found the patient was allergic to ‘Peter and the Wolf.’ So typical New Age music fits that time. And when the patient is waking up, it makes sense to play music that has a recognizable theme, and in this case I played the Beatles’ ‘Here Comes the Sun’.”

For his Maui show, Jordan will perform with renowned bassist Gary Kelly, and acclaimed drummer Kenwood Dennard, who has performed with such legends as Miles Davis, Dizzy Gillespie, Sting, Herbie Hancock, Whitney Houston and the Allman Brothers. Dennard is known as a pioneer of mastering simultaneous multi instrumental live performance, playing two keyboards, drums and singing all at once.

Great news that the Doobie Brothers have finally made it to the Rock and Roll Hall of fame. The legendary band, including Maui’s Pat Simmons, will be inducted on May 2. In an interview with Rolling Stone, Simmons gave a shout-out to Shep Gordan and his annual Wailea benefit. “I just played with Mike (McDonald) here in Maui,” he said. “We do this yearly benefit for Shep Gordon, Alice Cooper’s manager. We do it every year and Mike was just at the top of his game.”

Best known for the speaking and the singing voice of Disney’s Princess Ariel in “The Little Mermaid,” Jodi Benson will perform with the Maui Pops Orchestra at their annual Broadway Pops concert on Sunday at 3 p.m. in MACC’s Castle Theater.

An acclaimed actress and singer, Benson’s Broadway credits include winning a Tony Award for the starring role of Polly Baker in the Gershwin musical “Crazy For You.” As a concert soloist, she has performed with symphonies all over the world, including The Boston Pops, The Philly Pops, The Hollywood Bowl Orchestra, and The National Symphony, conducted by Marvin Hamlisch.

* Maui Pops Orchestra presents Broadway Pops with Jodi Benson. The program will include such favorites as “Don’t Rain on My Parade,” “Someone to Watch Over Me,” “Broadway Baby,” music from “The King and I” and “Fiddler on the Roof,” and a tribute to Walt Disney at 3 p.m. Sunday in MACC’s Castle Theater. Tickets are $22, $35, $50, and $60 (plus applicable fees), and half-price for students 18 and under w/ID except for $22 seats.

Grammy nominee Josh Tatofi will perform a free concert at The Shops at Wailea on Wednesday, from 5:30 p.m. to 7 p.m. A two- time Na Hoku Hanohano Award winner for Best Male Vocalist of the Year and Best Island Album of the Year, he has been dubbed “The Polynesian Luther Vandross” for his smooth vocals. During the concert, Tatofi will perform favorites from his hit album “Pua Kiele,” and introduce music from his latest album, “Ua Ki A Lawa,” released in December.

“This is my fantasy of what Jimi would be playing today,” says Stanley Jordan of his show scheduled at MACC’s McCoy Studio Theater at 7:30 p.m. Friday.

David Kleinberg in “He Wants to Run.” These and other artists will be featured in the Maui Fringe Theater Festival. 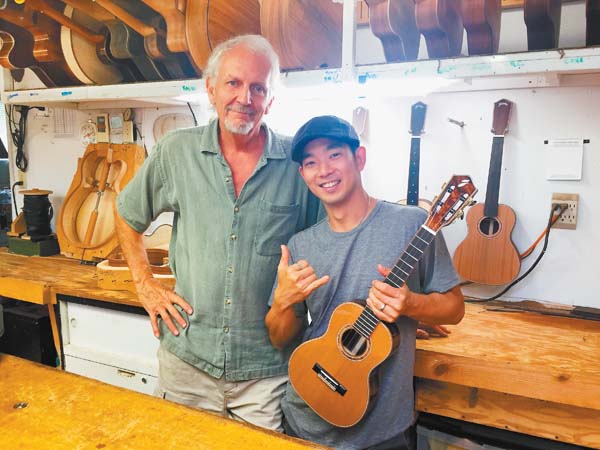 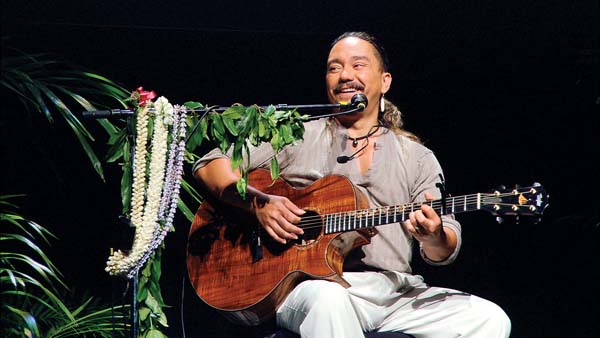 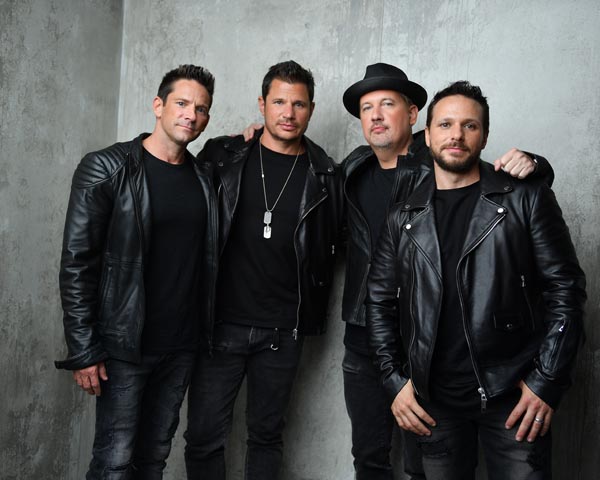 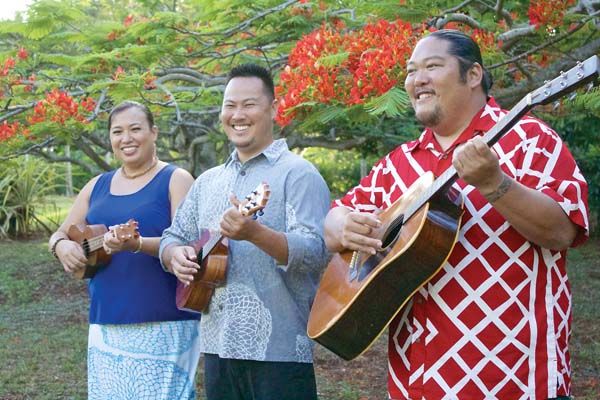