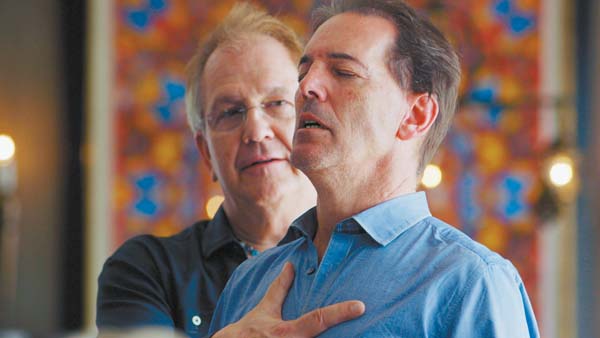 In the new documentary film “Heal,” director/writer/producer Kelly Noonan Gores and producer Adam Schomer reveal that we have more control over our health and life than we have been taught to believe. The 105-minute documentary embarks on a scientific and spiritual journey and theorizes that the power of belief is everything. The film follows two people on healing journeys who gain powerful revelations on the incredible influence the mind has on our ability to heal, and on our overall health.

“Heal” will premiere at the Maui Film Festival at 5 p.m. today at the Castle Theater in Maui Arts & Cultural Center in Kahului, and will continue to unveil at various film festivals across the country.

Audiences discover that we are not victims of our family genes, but truly have the power to heal virtually any “dis-ease” through our thoughts, beliefs, perceptions and emotions.

The film features interviews with Deepak Chopra, Bruce Lipton, Marianne Williamson, Michael Beckwith, Gregg Braden, Anita Moorjani and other leading scientists, experts and teachers on the mind-body connection, who describe and highlight the relationship between spirituality and science.

“One of the biggest influences I had in why I decided to make this film was reading Anita Moorjani’s book, ‘What If This is Heaven,’ and her amazing recovery from Stage 4 cancer,” said Gores. “I learned that it’s never too late for the body to heal. I realized that I must do something to send this powerful message to as many people as I can.”

“I really connected with this idea of empowering people to take charge of their own health outcomes,” said Schomer. “I believe in what we’ve accomplished with the ‘Heal’ documentary, and that is to really open audiences’ eyes to the science behind mindfulness. There is a deep connection between our immune system’s ability to function and our brain function.”

At the core of “Heal,” we uncover that everything starts in the mind and that it’s both complex and personal.