Music is good for the soul 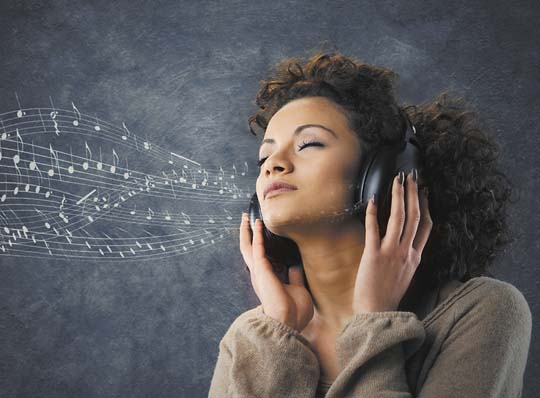 Illustrating the uplifting and restorative power of music, these three images represent the myriad ways in which music can be enjoyed — from listening on headphones -- Metro Creative photo

Plato said, “Music gives a soul to the universe, wings to the mind, flight to the imagination, and life to everything.”

Music often communicates messages that are not easily expressed, which is one reason why music is such an integral part of so many people’s lives.

While many people love music for its entertainment value, there is growing evidence that music can be good for overall health as well. A study from researchers at the Cleveland Clinic focused on the use of music for brain surgery patients who must be awake during their procedures. Researchers found that music enabled the patients to manage anxiety, reduce pain and relax more fully during their procedures.

In a study titled, “The effect of music intervention in stress response to cardiac surgery in a randomized clinical trial,” a team of Swedish researchers measured serum cortisol, heart rate, respiratory rate, mean arterial pressure, arterial oxygen tension, arterial oxygen saturation, and subjective pain and anxiety levels for patients who had undergone cardiothoracic surgery. Those who were allowed to listen to music during recuperation and bed rest had lower cortisol levels than those who rested without music.

Many doctors now play music while operating or enable patients to listen to music to calm their nerves during in-office procedures. 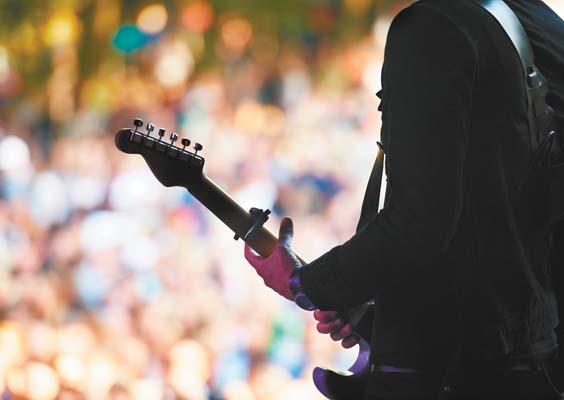 According to Caring Voice Coalition, an organization dedicated to improving the lives of patients with chronic illnesses, music has also been shown to enhance memory and stimulate both sides of the brain, which may help individuals recover from stroke or those suffering from cognitive impairments.

Some researchers think that music may help improve immune response, promoting faster recovery from illness. Undergraduate students at Wilkes University measured the levels of IgA — an important antibody for the immune system’s first line of defense against disease — from saliva. Levels were measured before and after 30 minutes of exposure to various sounds, including music. Soothing music produced significantly greater increases in IgA than any of the other conditions.

These findings illustrate how music can help improve physical and mental health when used in concert with other strategies. The American Music Therapy Association reports that music therapy programs can be used to manage stress, enhance memory and alleviate pain.

Neuroscientists have discovered that listening to music heightens positive emotions through the reward centers of the brain. Music stimulates the production of dopamine, creating positive feelings as a result.

Another way music has been linked to improved health is its ability to make physical activity seem less mundane. Listening to songs can distract one from the task at hand, pushing focus onto the music rather than the hard work being done. When exercising, upbeat music can help a person go a little further as they work to achieve their fitness goals than working out without music. 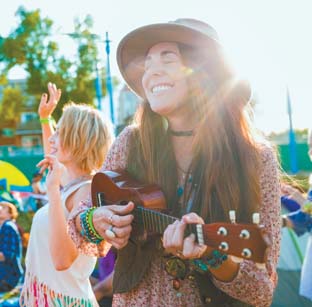 to happily strumming your own ukulele. -- Metro Creative photo

MUSIC AND YOUR EMOTIONS

As an integral part of the human experience, music also can have a positive impact on mood.

Researchers have had an interest in music and its impact on human emotion and perceptions for many years. Music of all genres and styles can be therapeutic and boost mood while bringing listeners pleasure and comfort. Sad music may intensify grief. Music can evoke strong feelings and may influence how individuals perceive other people and things.

Songs have been sung for centuries, and music plays an integral role in many cultural ceremonies, rites of passage and other traditions.

According to a recent study by researchers Nidhya Logeswaran and Joydeep Bhattacharya from the University of London, music affects how people see visual images. In an experiment, 30 subjects were presented with a series of happy or sad musical excerpts. After listening to the songs, the subjects were shown a photograph of a face. Some people were shown a happy face — the person was smiling — while others were exposed to a face with sad or neutral facial expressions. The participants were then asked to rate the emotional content of the face. Researchers found that happy music made happy faces seem that much more pleasant, while sad music exaggerated frowns. Similar effects were found with neutral faces. 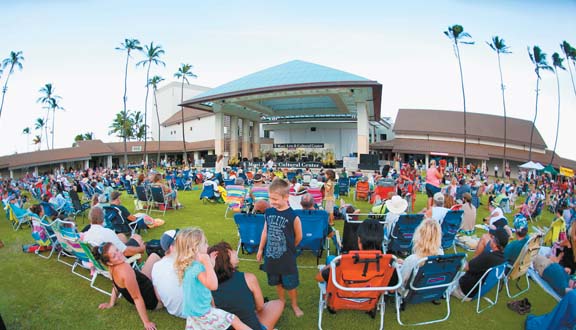 The right music also can serve as a catalyst for romance. Men and women can increase feelings of affection in their romantic partners by playing love songs in the background while offering gifts and tokens of their love.

Indeed, the benefits of music extend beyond enjoying a favorite song, as music can do much to contribute to one’s overall well-being. 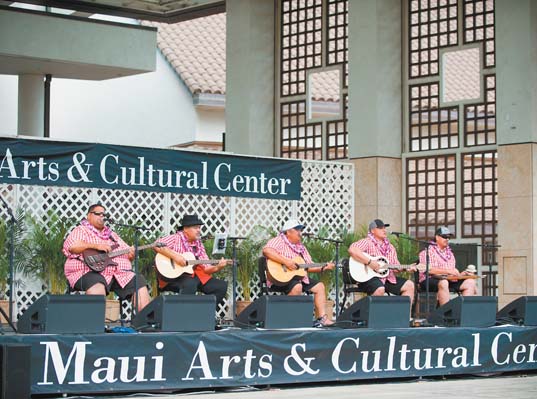 Come celebrate the best in Ki Ho’alu, literally translated as “loosen the key.” Slack key guitar is traditional Hawaiian music dating back to the 19th-century paniolo who played around the campfire after completing a long day of ranch work.

Since then, the technique has evolved into one of the world’s great acoustic guitar genres with even the Grammy’s taking notice, devoting an entire awards category to Hawaiian music. 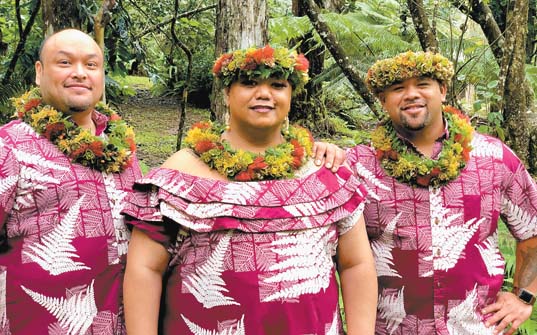 NA PALAPALAI: BACK TO THE PATCH

Celebrating the aloha spirit of Hawaiian music as well as their reunion, the trio Na Palapalai returns for a free music and hula extravaganza at 7 p.m. Friday, June 21 in the MACC’s A&B Amphitheater/ Yokouchi Pavilion.

Bring blankets or low-back beach chairs. Food and beverages will be available for purchase. For more information, visit www.mauiarts.org.