Renowned poet W.S. Merwin died in March but through his conservancy, lives on 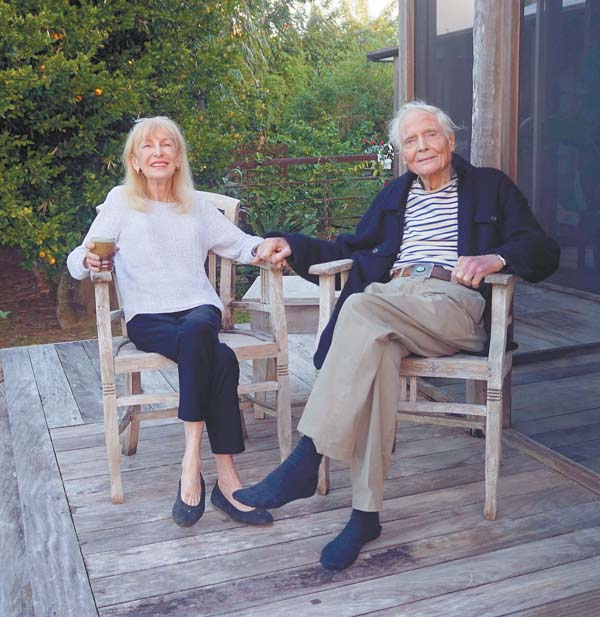 The first time Sonnet Coggins paid a visit to W.S. Merwin’s palm forest, she was rendered speechless. She had read extensively about the 19-acre property, but seeing it firsthand left her awestruck.

“To be inside someone’s lifelong practice of caring for the world was profoundly moving,” she said.

Coggins is the executive director of The Merwin Conservancy, a nonprofit organization established in 2010 to preserve and protect the legacy of the late poet W.S. Merwin and his wife, Paula; their Peahi home and palm garden. Merwin died in March at the age of 91; Paula Merwin died in 2017 at the age of 80.

To say that Merwin was one of the most influential American poets of our time would be an understatement. William Stanley Merwin was born on Sept. 30, 1927, in New York City and was raised in New Jersey and Pennsylvania. The son of a Presbyterian minister, Merwin began writing poems as he penned hymns for his father’s congregation. 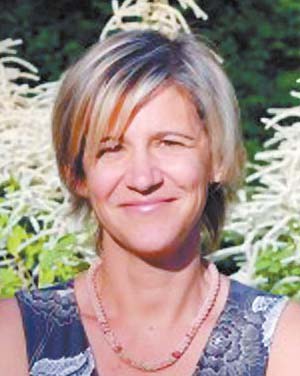 In 1948, he graduated from Princeton University, where he studied with renowned poets John Berryman and R.P. Blackmur. Merwin’s first book of poetry, “A Mask for Janus,” was selected by W.H. Auden for the Yale Younger Poets Prize in 1952. He went on to write more than 50 books of poetry and prose and translated dozens more from French, Spanish, Latin, Japanese and Portuguese.

Merwin received nearly every major literary award, as well as fellowships from the Academy of American Poets, the Guggenheim Foundation, the National Endowment for the Arts and the Rockefeller Foundation. He was appointed U.S. Poet Laureate twice, in 1999 and 2010, and won the Pulitzer Prize for poetry twice, in 1971 (for “The Carrier of Ladders”) and in 2009 (for “The Shadow of Sirius”).

In 1977, Merwin purchased a parcel of land in the Peahi Stream valley — a real estate transaction that likely raised a few eyebrows at the time. Once a thriving native forest, the land had been decimated by a failed pineapple farm and was deemed an “agricultural wasteland.”

In the decades that followed, he and Paula painstakingly restored the land — seed by seed, plant by plant. It was a passion project that evolved into one of the largest and most comprehensive private palm collections in the world.

Today, the property is home to nearly 3,000 palms, many of them rare or endangered. The land is protected by a conservation easement, and in late December, The Merwin Conservancy will become its permanent custodian.

Apart from caretaking the property, the nonprofit will carry on Merwin’s literary legacy. The conservancy recently concluded a yearlong creative teaching fellowship for Hawaii educators, and plans are underway for a multidisciplinary residency program that will invite visionaries of all stripes — poets, writers, artists, scientists and thinkers — into the Merwin home and palm garden.

Additionally, beginning in January, the conservancy will expand its monthly open garden day program (prescheduled private visits to the property) to twice a month.

The conservancy also will continue to host The Green Room, an acclaimed environmental and literary salon series that brings authors, poets, musicians, botanists, environmentalists, artists and actors to Maui for public presentations. The 2019-20 series will pay tribute to the conservancy’s founders, W.S. and Paula Merwin. Presented by Aqua Aston Hospitality, the Memorial Series of The Green Room begins this weekend and will feature a total of eight presentations on Oahu and Maui. The series’ impressive lineup of presenters reflects the breadth of Merwin’s impact, Coggins said, “and the different realms his life touched.”

All presentations begin at 7 p.m.

To purchase tickets for the Memorial Series of The Green Room, visit www.mauiarts.org or call 242-SHOW (7469).

Open garden day visits must be booked in advance through the conservancy and are on a first-come, first-served basis depending on availability. To learn more about The Merwin Conservancy, visit www.merwinconservancy.org.

Middle-linebacker No. 42 Josiah Sniffen helps Best Buddy Brandon Cachola, seated in his wheelchair, with the coin toss before the game

A crew from the Conservation Department of Pulama Lana‘i scour the grassy slopes searching for a particular grass — the fire-promoting fountain grass. This invasive bunchgrass could be eliminated from Lanai entirely. Pulama Lana‘i photo

Parthenium is a common widespread weed on Maui, but it has nearly been eradicated from Lanai thanks to the long-term efforts of Pulama Lana‘i. Parthenium is extremely invasive, taking over cropland and pasture, poisoning cattle, and triggering hay fever in people. Pulama Lana‘i photo