To protect, serve and help find a cure 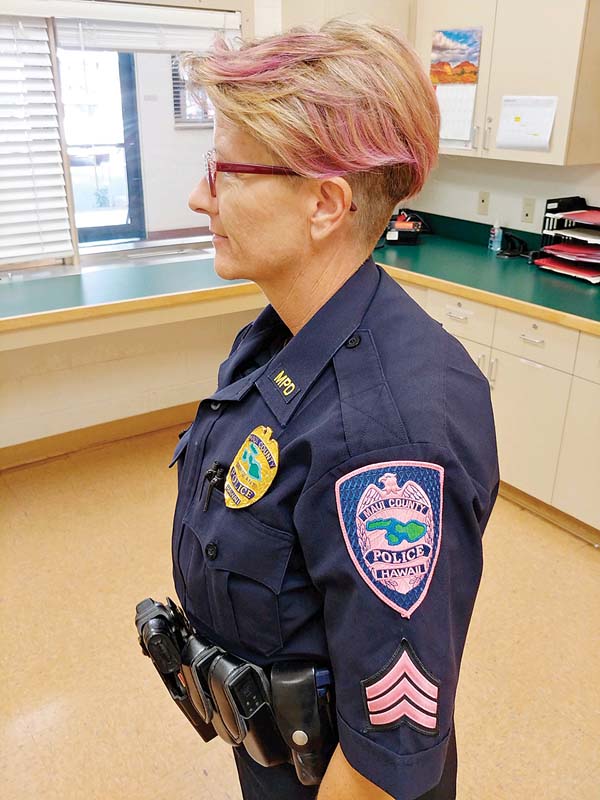 Sgt. Kimberly Masse of the Lanai Patrol Division dyed her locks to raise awareness and funds for The Cure Starts Now, a nonprofit dedicated to finding a “home run cure” for all cancers. -- Photo courtesy of the Maui Police Department

Don’t be surprised if you see a police officer with neon-pink hair directing traffic this month. Or if you pass by an officer with a five o’clock shadow at the scene of a fender bender.

In fact, it’s shaping up to be quite a colorful and hairy month for the Maui Police Department, which is actively raising awareness and money for pediatric cancer research through The Cure Starts Now’s annual Beard It Up and Color for the Cure campaigns. It’s the second time the department has taken part in the national challenge, and as of Nov. 1, 160 civilian and sworn personnel — 136 men and 24 women — had signed up to dye their locks, paint their nails or grow beards to show their support for kids who are battling cancer.

And they didn’t shy away from making a bold statement.

Apart from growing some fancy-looking beards, participants have dyed their hair vibrant shades of pink, teal, blue and purple — some opted for all-over color, while others chose peekaboo highlights. This year’s challenge began in late September and will run through the end of November, but could possibly be extended through December if the department decides to participate in “Double-Up December.”

Police departments across the country are participating in the Beard It Up and Color for the Cure campaigns, and while the ZIP codes may vary, all have the same goal in mind: to put an end to childhood cancer. 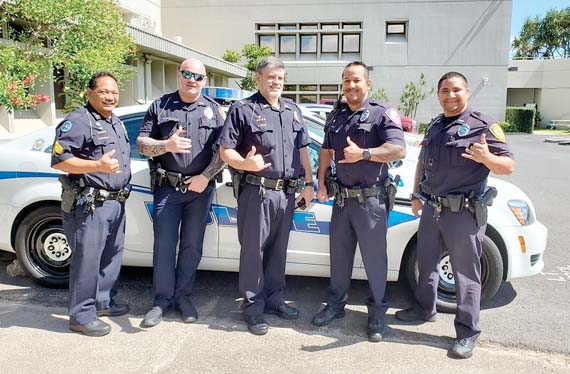 According to the National Pediatric Cancer Foundation, 1 in every 285 kids will be diagnosed with cancer, and it is the No. 1 cause of death by disease among children. Even so, pediatric cancer research is consistently underfunded, receiving only 4 percent of federal funding for cancer research.

That’s where organizations like The Cure Starts Now step in to help.

Founded in 2007, The Cure Starts Now is fiercely committed to finding a “home run cure” for all cancers by focusing on the “biggest bullies” (that is, the most deadly and difficult to treat) and finding successful treatments that can be broadly applied.

And there’s one form of cancer directly in the crosshairs: diffuse intrinsic pontine gliomas (DIPG), highly aggressive pediatric brainstem tumors. With the help of fundraising efforts like the Beard It Up and Color for the Cure campaigns, The Cure Starts Now has funded more than $12 million in innovative research since its inception and is the leader in DIPG research worldwide.

As of Wednesday, MPD had raised $6,075.30 for The Cure Starts Now and hopes to raise even more in the days to come. One hundred percent of the funds raised will go directly to pediatric cancer research, which means every donation — and every dollar — will make a difference. 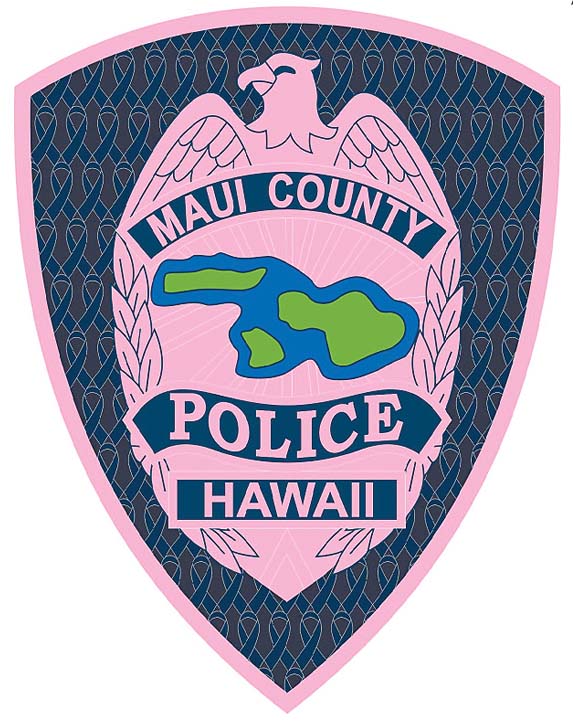 This isn’t the first time the department has rallied around a good cause.

Among other things, MPD became the first agency in Hawaii to participate in the Pink Patch Project, a national public awareness campaign that brings attention to the fight against breast cancer and support breast cancer research organizations. Throughout October, which is Breast Cancer Awareness Month, participating officers wore pink patches on their uniforms. MPD also sold patches to the general public and dedicated the proceeds to the Pacific Cancer Foundation, a Maui-based nonprofit that provides a variety of services to cancer patients and their families.

MPD also will take part in the 16th annual Shop with a Cop event on Dec. 14 at the Target store in Kahului. Sponsored by the Kiwanis Club of Kahului, the holiday shopping spree brings extra cheer to deserving kids selected by the Friends of the Children’s Justice Center of Maui. Each child is paired with a shopping buddy — a uniformed police officer or cadet — who takes them around the store to pick out presents with a $100 Target gift card.

To make a contribution to MPD’s Beard It Up and Color for the Cure campaigns, visit the curestartsnow.salsalabs.org/beard-it-up-2019-first-responders/p/mauipolicedepartment.

For more information about The Cure Starts Now, visit thecurestartsnow.org. To learn more about the Shop with a Cop program or to make a donation, contact Bruce McDonald at Bruce@BruceOnMaui.com.