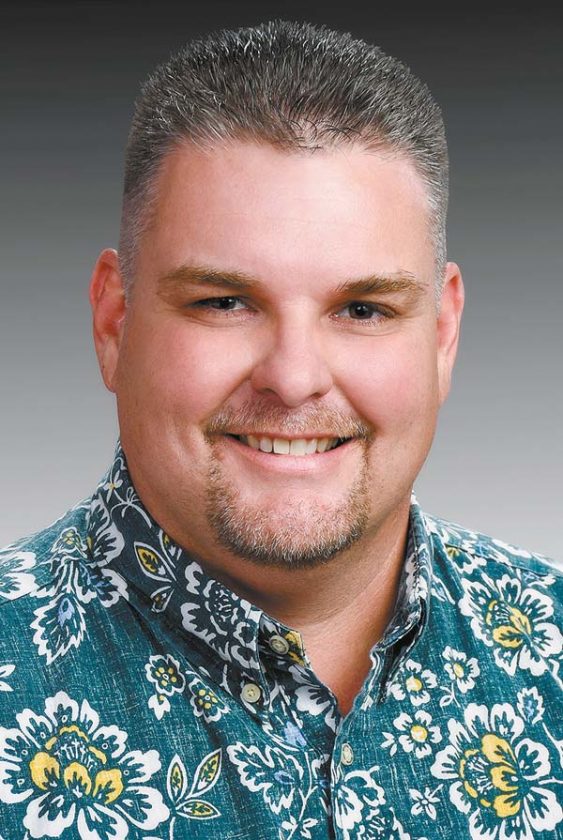 Bank of Hawaii recently named two new vice presidents on Maui, according to a news release.

Chuck Dando has joined BOH as vice president and market manager of the West Maui market, where he leads the management teams of branches in Kihei, Lahaina, Kahana, Molokai and Lanai.

Dando has 21 years of experience in the financial services industry, previously holding managerial positions with American Savings Bank and Wells Fargo Financial. He earned his Bachelor of Business Administration degree from the University of Hawaii at Hilo in 1997. He is a board member for Maui Behavioral Health Resources. 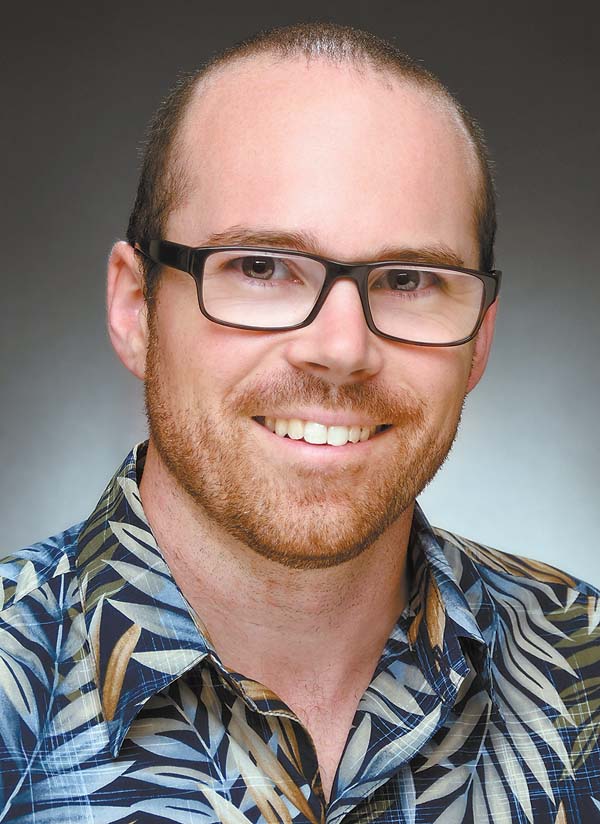 Simons received his bachelor’s degree in finance and marketing from the University of Washington in 2009. He is the vice president of the Maui Commercial Realtors Roundtable, treasurer of the Tri Isle Resource Conservation and a board member for the Boy Scouts of America, Maui County Council.

What started 10 years ago as a 65-square-foot shop in Lahaina is now a shave ice franchise. Ululani’s Hawaiian Shave Ice celebrated its 10th anniversary Jan. 26, according to an announcement.

To thank its Maui customers for their support, Ululani’s rolled back prices to its original 2009 menu for the day, with small shave ice selling for $3.50 and a large for $4.

The company now has six shave ice shops on Maui and one shave ice franchise in Kona. The company also owns Sugar Beach Bake Shop in Kihei and Lahainaluna Cafe in Lahaina. Franchise opportunities in California are planned for later in the year.

With the goal of servicing both residents and visitors, Canyon Beachwear opened Jan. 16 in the Outlets of Maui in Lahaina.

Canyon Beachwear carries a variety of designer swimsuits drawn from over 50 manufacturers along with swim cover-ups, resort wear and accessories, according to an announcement.

The new store not only prides itself in offering a merchandise selection for every body type, but personnel services including expert shopper assistance as well, the announcement said.

The 1,400-square-foot retail spot is located next to Ruth’s Chris Steak House on Front Street.

In a recent news release, AAA announced its annual Five Diamond Award list of hotels, with three of the four Hawaii resorts in Maui County.

Hotels receiving a Five Diamond Rating undergo in-person inspections, anonymous overnight stays and, finally, an expert panel review to ensure credibility. Fewer than half of 1 percent of the more than 27,000 AAA Inspected & Approved hotels receive the AAA Five Diamond Rating, according to the news release.

Travelers can find Diamond Rated establishments and inspector insight on the AAA Mobile app for tablets and smartphones, on AAA.com and in tour book guides available at AAA offices.

Lahaina Gateway, West Maui’s largest open-air shopping center, is under new management, according to an announcement.

Developer The Festival Companies is taking over property management duties at the center and aims to offer more options and conveniences to the community, the announcement said.

Lahaina Gateway boasts 137,000 square feet of retail space, anchored by Foodland Farms grocery store and more than 22 specialty retailers. The center is located at 305 Keawe St. and is open daily from 9 a.m. to 11 p.m. For more information, visit www.lahainagateway.com.

Bank of Hawaii has announced a new, fully integrated mortgage application process that allows customers in Hawaii to complete the application entirely online while offering direct access to the bank’s residential loan officers, according to a news release in January.

The program, SimpliFi Mortgage by Bank of Hawaii, follows an industry trend that sees customers preferring a combination of technology and in-person interaction when applying for a home loan, according to an American Bankers Association study and an 2018 borrower survey.

“Bank of Hawaii is excited to continue addressing the growing demand for digital conveniences in our local community,” said Matthew Emerson, BOH’s senior executive vice president and director of e-commerce. “With SimpliFi Mortgage by Bank of Hawaii, we are enhancing the experience for both first-time homebuyers and those who want to refinance.”

Bank of Hawaii is the state’s No. 1 residential lender, according to the release, both for the number of loans recorded and the total dollars loaned in 2018.

Island Art Party, located in Kihei’s Azeka Shopping Center Mauka and known for its afternoon and evening art parties that bring together artists, visitors and residents, has new owners.

Gary and Mary Albitz of Pukalani have acquired the business from Alma and Curt Winn, according to a news release.

For more information about Island Art Party, contact Mary Albitz at (808) 269-2445 or info@islandartparty.com or visit www.IslandArtParty.com.

“Hawaii’s Tupper-Man,” Shawn Fujisawa of Makawao, is featured in the January sales brochure for Tupperware USA/CAN. The company’s advertising literature is distributed within the entire Tupperware sales force community in North America.

Fujisawa started his Tupperware career in 2016 as a consultant, building his team with leaders and quickly rising to the top of the Tupperware sales hierarchy, first as a director in 2017 and then a star director in 2018. Fujisawa leads a team of 55 and an organization of 89 Tupperware consultants.

Fujisawa is the first Hawaii director ever selected and featured in Tupperware sales materials and the only male director in the state. He can be reached at my.tupperware.com/sfujisawa or email hitupperman@gmail.com.

The Wharf Cinema Center in Lahaina welcomed in the Chinese Year of the Boar on Wednesday with firecrackers, a traditional lion dance and a martial arts demonstration by Au’s Shaolin Arts Society from Oahu.

This is the 34th year that The Wharf has hosted Ben Se Au and his troupe to ring in the Chinese New Year.

Special guests of the center included nearly 300 schoolchildren from Kamehameha III and Punana Leo O Lahaina Hawaiian Immersion School, as well as preschoolers from Sacred Hearts, Holy Innocents and Kama’aina Kids programs. The keiki were provided with red lai see envelopes to “feed” the lions as they danced through all three levels of the shopping center.

* Local Business in Brief is published on the second Monday of the month and welcomes news releases and announcements regarding businesses in Maui County. To submit material or for more information, contact citydesk@mauinews.com or (808) 242-6343.