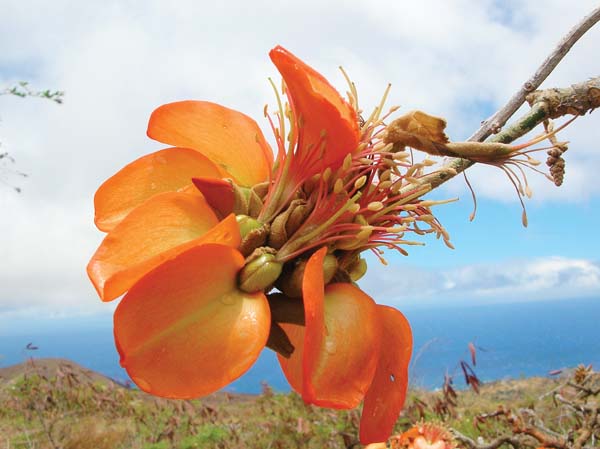 Biological control saved the wiliwili trees. When a leaf-gall forming wasp showed up in Hawaii, native wiliwili trees began to decline. The pest wasp is still here, but thanks to the careful selection and introduction of a pest-specific natural enemy, a parasatiod wasp, the pest can’t do the same damage to wiliwili. FOREST and KIM STARR photos

Living creatures can be grouped as specialists or generalists based on their strategies for finding food and habitat.

Generalists thrive in a variety of conditions and eat a range of foods; specialists rely on a particular environmental condition or a food type. For example, specialist species like koalas only eat eucalyptus leaves, Kamehameha caterpillars rely on mamaki, and our iconic silverswords are found only in high-elevation alpine environments in Hawaii.

“There have been no unpredicted nontarget impacts in that time,” says Darcy Oishi, biological control section chief at the state Department of Agriculture. He oversees the efforts to find, test and release biological control in Hawaii.

“We worry most about specificity,” says Oishi. Host-specificity, the relationship between the pest and the natural enemy, is the creed of modern biological control. By seeking out species that have evolved to be dependent on the target host, there is less risk that the natural enemy will have unintended consequences. 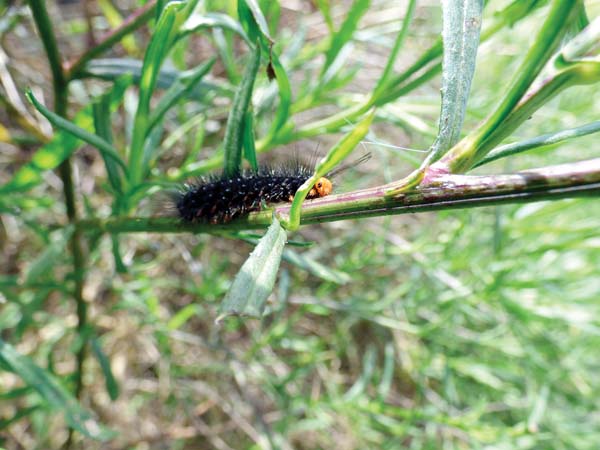 A natural enemy of the pasture-invading fireweed climbs along the stem of the pest. This biological control, a caterpillar with a specialized diet of fireweed and the related cape ivy, went through extensive testing to ensure it would not cause any unanticipated impacts in Hawaii.

As new pests arrive in Hawaii (and sometimes even before), the state Department of Agriculture compiles lists of possible natural enemies, specialist species that could act to lessen the invasiveness and impacts of the pest in Hawaii. Scientists comb through the scientific literature, call and visit natural history museums, and consult with entomologists and researchers worldwide, learning what species live in close association with the pest in its native habitat.

Exploratory entomologists then travel to the pest’s native range to collect candidates. Each potential natural enemy is studied further in its host range. After ruling out potential candidates, entomologists collect several species for additional testing.

Back in Hawaii, the biological control agents are quarantined, raised and tested again for host specificity. In a process called no-choice testing, a potential agent is evaluated throughout its life stages to see if it will eat species it is likely to encounter in Hawaii. For example, in introducing a biocontrol for a plant, the agent is isolated with other nontarget plants to find out whether any unintended plants could be affected.

Researchers evaluate host specificity by looking at genetically related species as well as unrelated species that evolved similar characteristics to the target. For example, pasture-invading fireweed is in the aster family, but the phytoalkaloid — the toxic chemical that sickens animals — is what attracts one natural enemy, a caterpillar, to the plant. The caterpillar is tested to see if it can feed on related plants in the aster family as well as those containing a similar toxic chemical.

Until the 1970s, biocontrol agents were selected primarily based on the impact they would have on the pest, an approach which has unfortunately biased people against biological control today. Since then, though, rigorous selection and testing has gone into preventing unintended consequence.

Another challenge is caused by misinformation. Some invasive pests are inaccurately equated with biological control. For example, ohia rust, a leaf fungus that threatens our native ohia, decimated populations of rose apple, leading some to inaccurately assume it was an intentional introduction. Instead, it was another of the thousands of unwanted pests that arrive in Hawaii accidentally.

Restaurants and eateries are available for takeout — some with delivery and curbside pickup — all over the ... 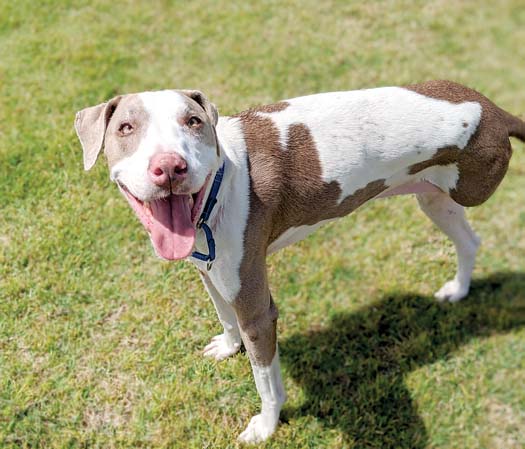 The Maui Haleakala Chapter of National Society of the Daughters of the American Revolution is sponsoring a “Best ...