For the first time in 16 years, state Department of Agriculture workers used a court-ordered warrant Monday to survey a Huelo property for the invasive little fire ant over the objections of the lessees of the 1.75-acre property.

Department crews will return to the Huelo property to begin treatment of the infestation, though spokeswoman Janelle Saneishi said Thursday that the department did not want to disclose the date. The warrant says that the landowner and property occupants need to allow access to the property every six weeks for one year and to allow follow-up surveys for three years.

Agriculture Department crews may be assisted by Maui police or other officers to enforce the warrant.

Eradicating the little fire ant on the Huelo property will include appropriate treatment for the kalo, because it is an edible crop. Cas Vanderwoude, research manager of the Hilo-based Hawaii Ant Lab, has said that crews were using Tango on the property previously, and that Tango is registered for use on food crops. The insecticide, which contains the active ingredient methoprene, causes queen ants to stop laying eggs.

A native of Central and South America, the little fire ant was first detected on Hawaii island in 1999 and on Maui in 2009. The ants deliver a painful sting to humans, blind pets and threaten the state’s visitor and agriculture industries.

The little fire ant was detected in the Huelo neighborhood in early 2015 and surrounding properties have been treated to eradicate the stinging ants.

However, the lessees of the one property, Brian Bardellini and Lauren Ampolos, have refused entry to Agriculture Department officials, according to the warrant signed by Wailuku District Judge Adrianne Heely on Sept. 8.

Crews initially were allowed to treat the property occupied by Bardellini, but he has blocked treatments for the last nine months, according to the Maui Invasive Species Committee, which has been assisting the Agriculture Department in eradicating the little fire ants.

“After months of unsuccessful discussions with the resident, the department was forced to take legal action in order to have any chance of eradicating this serious threat to the state,” said Enright.

Saneishi said that Bardellini was not home at the time of the survey, but “there were two people who did not live on the property who were there videotaping and verbally harassing the crew as they conducted the survey.”

The order does require cooperation and assistance from all people on the property. Landowner Jennifer Wakefield has given permission to the Agriculture Department to enter and treat the little fire ant infestation, the warrant said.

Attempts to obtain comment from Bardellini on Wednesday afternoon were not successful.

The Agriculture Department has not sought a warrant like this since the banana bunchy top virus outbreak on the Big Island in 2000, according to the department news release. Usually, the department tries to work cooperatively with residents, farms and nurseries to eradicate invasive pests, and eradication efforts have been extremely successful on Oahu, mainly due to the cooperation of residents and residential associations.

Little fire ants were first found in Waihee in 2009, then in Nahiku in 2014 and in Huelo and Hana in 2015. Teams have been working in the areas to treat and destroy colonies, and most residents have been supportive of efforts, MISC officials have said.

Vanderwoude has said that the ants have spread so far across Hawaii island that full eradication is no longer possible – only treatment. Maui, however, still has a chance, he said.

With the Huelo infestation, Saneishi said it would have been much easier to eradicate when it was smaller “but our plant pest control staff believes that the infestation on the property can be eradicated.” However, it is not known if plants or green waste – with the little fire ant – have been removed from the property.

For more information on the little fire ant in Hawaii, go to the Agriculture Department website at hdoa.hawaii.gov/pi/main/lfainfo.

Some mistakenly throwing out their stimulus debit cards

The Maui News IRS stimulus payments arriving in the mail as debit cards, rather than Treasury checks, are causing ... 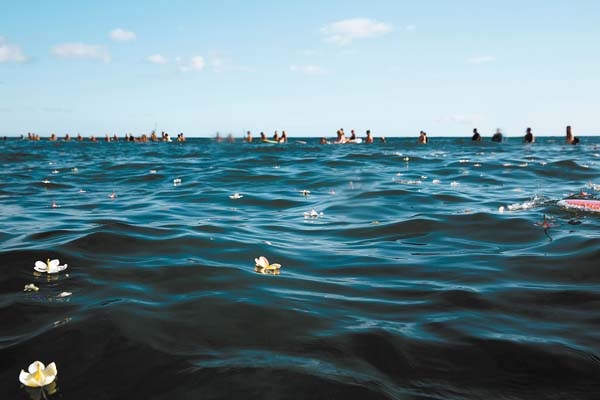 Blow-drying of hair is now being allowed at salons while the driving range and pro shop at the Waiehu Golf Course ... 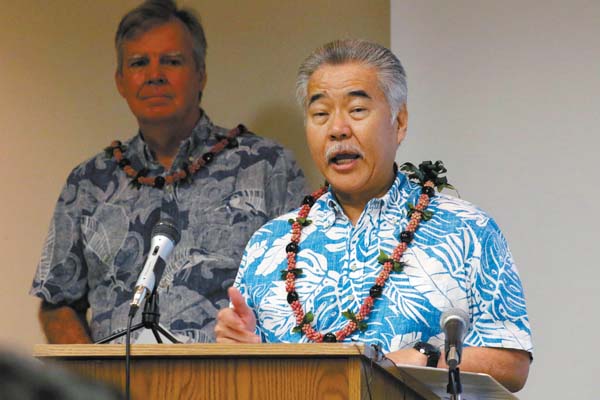