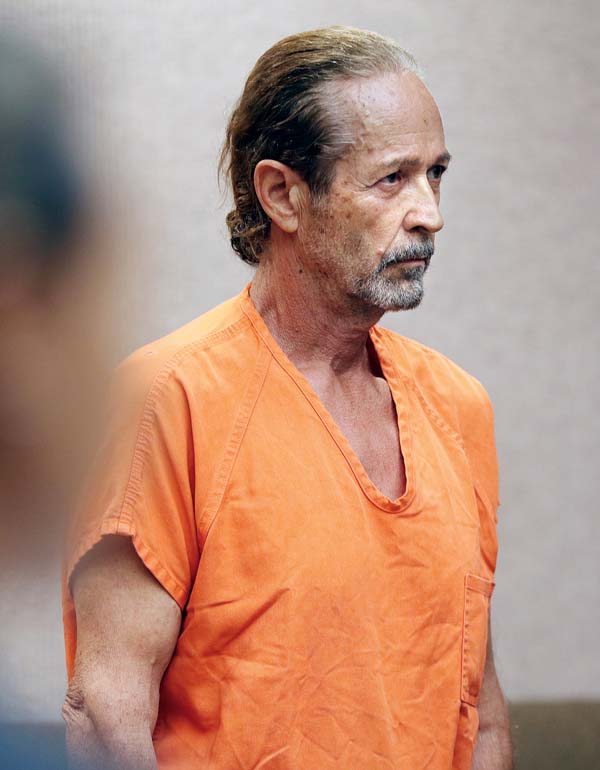 Second Circuit Court Judge Peter Cahill maintained bail for Marten and ordered him to have not contact with the victim.

The alleged sexual assaults occurred between Dec. 6, 2007, and Dec. 6, 2010, Deputy Prosecutor Annalisa Bernard said. She said that Marten “engaged in sexual contact and sexual penetration both digital and penile” on the girl, who was between the ages of 7 and 10 at the time of the alleged assaults.

The girl has been placed in Child Protective Services, Bernard said.

Marten spoke before the hearing and said that this is the first time he has ever been in jail or accused of a crime. He added that he does a lot of volunteer work for the American Red Cross and American Heart Association.

“I’m also the three-time GOP nominee for the West Maui state legislative office,” he said to Cahill. “My family is here today. My mom, one of my triplets and my wife. We have a good home, a good strong home.”

Cahill acknowledged that the bail study did not list any prior criminal history, but recognized the actions CPS has already taken “based upon this very limited information.” He added that Marten may not be a flight risk given his ties to the community and family, but he expressed concern for the safety of the girl and other family members.

Some of Marten’s family members attended Friday’s proceedings. His mother shouted, “lies,” as Bernard read aloud the accusations against him. His wife said, “I love you,” as he walked out of the courtroom.

As a candidate, Marten was unopposed this year for the GOP nomination for the West Maui-north Kihei 10th House seat held by Democratic Rep. Angus McKelvey. It is Marten’s third bid to unseat McKelvey.

Marten’s name will appear on the Nov. 8 general election ballot and he could be voted into office, Joshua Wisch, special assistant to the state attorney general, said via email Friday. Wisch said Marten’s candidacy depends on whether he is convicted of a felony.

Under the “Uniform Act on Status of Convicted Persons,” a person sentenced for a felony may not become a candidate for or hold public office from the time of the person’s sentence until the person’s final discharge. A felon must receive and present his or her final discharge papers before he or she is eligible to file a nomination paper.

If Marten is elected while his case is ongoing, the state House would have the power to remove him from office, Wisch said. The Hawaii Constitution states that “each house shall be the judge of the elections, returns and qualifications of its own members and shall have, for misconduct, disorderly behavior or neglect of duty of any member, power to punish such member by censure or upon a two-thirds vote of all members to which such house is entitled, by suspension or expulsion of such member.”

Fritz Rohlfing, state chairman of the Hawaii Republican Party, said Friday that he did not know about Marten’s arrest and that he was “totally” surprised. He said he has not met Marten personally, but acknowledged that he has been endorsed by the party over the past three elections.

“The Republican Party is concerned about any criminal activity, and sexual assault is very pernicious,” Rohlfing said. “We want the police and criminal justice system to be vigilant in preventing all sexual assaults.”

Rohlfing did not want to prejudge Marten, noting that he is innocent until proved guilty, but said that he hopes that “justice is done in this matter.” He said he had “no inkling or knowledge” that Marten had “any problems in this area.”

“I’m just sad anytime I hear about a sexual assault and even more sad that it is a candidate for a public office,” Rohlfing said.

Rohlfing said that the party is unable to replace Marten with another candidate. He said state law allows candidates to be replaced only if they are facing serious health issues.

“As it stands now, the arrest of a candidate for political office is not given as a basis for the withdrawal of a candidate from a ballot,” Rohlfing said. “It’s unfortunate, but we would just encourage all the voters in that district to get the best information they can and vote their conscience.”

Rohlfing hopes the law might be changed in the future given the list of restrictions and time deadlines that are already “onerous.” He said it could even be done in a court hearing and may draw support from the Democratic Party.

“When it becomes clear that the party does not support a candidate, it seems unfair that the state law would not allow the party to withdraw its candidate,” he said.

McKelvey, who has represented the West Maui-Maalaea-north Kihei district since 2007, declined to comment on Marten’s case Friday afternoon.

“I’m just focusing on what I’ve been doing all along, which is going out in the community and having a positive campaign, and looking at seawalls and other pressing issues facing West Maui,” McKelvey said.

In biographical candidate information provided to The Maui News, Marten said that he’s married and has three children. He works as a green energy consultant.