Ethics Board declines to investigate complaint against council member

Couch given chance to revise his financial disclosure statement 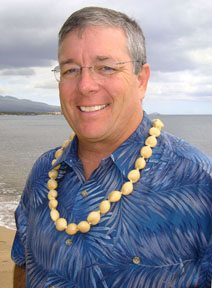 The county Ethics Board has declined to investigate a complaint against Council Member Don Couch over his purchase of an affordable-priced home because the allegations were “vague,” exceeded the statute of limitations and did not cite a specific Code of Ethics violation that the board could act on.

The board, which made its decision in a closed executive session Oct. 12, sent out letters dated Thursday to Couch, who is in a tough re-election battle with Kelly King, and Sean Lester, who filed the complaint.

Lester has questioned how Couch and his wife were able to qualify as buyers for an affordable home in 2005 and later, in May 2007, to buy that home at Kai Makani Villas in Kihei for $389,088 — two months after purchasing a Waikapu Gardens market-priced home for $595,900 in March 2007.

Couch has explained that his job

changed and that his income increased from the time he and his wife signed an agreement to purchase the affordable home to when they actually bought it. Current and past county officials said that Couch’s income qualification was tied to the lower amount he was earning when he originally qualified for the affordable home.

The council member, who holds the South Maui residency seat, also said that the unit had been released from the affordable housing umbrella by the developer when the purchase was made. However, the purchase was at the same price as an affordable unit.

Couch also said that he and his wife intended to back out of the Kai Makani home after securing the Waikapu home but learned that they could not renege on the deal without losing “a substantial sum of money.” Instead, they decided to keep both homes, renting out the Waikapu Gardens home before selling it in August for $669,000.

Lester questioned the absence from Couch’s financial disclosures of rental income derived from the Waikapu home. Couch told The Maui News that he did report the rental income, but that it was included in his wife’s income because she collected the rent.

The board did not directly address the housing qualification and purchase issues, but did allow Couch to amend his 2015 income statement filed in March.

The board gave Couch until Nov. 1 to amend the financial disclosure statement, which will be taken up at its Nov. 9 meeting — the day after the general election.

Couch said Wednesday that he will “state more clearly the rental income I reported under my wife’s income” and file the amended disclosure statement before Nov. 1.

“I would like to thank the Board of Ethics for doing its job, and I am pleased with the outcome,” Couch said Wednesday. “I believe their determination upholds my prior comments that Mr. Lester’s accusations were unfounded, baseless and a politically motivated move to discredit me right before an election.”

The letter said that the Ethics Board “found the allegations of the complaint were vague and did not allege a violation of the Code of Ethics upon which the board could act.”

In a footnote, the letter said that the complaint alleged a violation of a section pertaining to “a statement of purpose for the Code of Ethics and lacks measurable standards to determine a violation.”

The footnote went on to say that the board “lacks the authority to hear complaints of violation of the Code of Ethics that occurred more than one year prior to the filing of the complaint.”

Lester was undaunted by the board’s action and said Wednesday that he plans to refile his complaint and tighten up references to the County Charter and offer other allegations pertaining to Couch’s affordable housing dealings.

“It does not dismiss the complaint as baseless,” Lester said. “It states the allegations are vague regarding the charter sections that apply.”

“I believe citizens have to be involved to stop unethical officials from using their positions to obstruct our community plans and for personal gain,” Lester said.

Lester has said that his filing of the complaint was not politically motivated. He admitted to attending a couple of campaign events for King and was part of a crowd photo at her primary election event, but that he is “not involved in her campaign” and has not given her campaign contributions.

King also has said that Lester is not a member of her campaign.