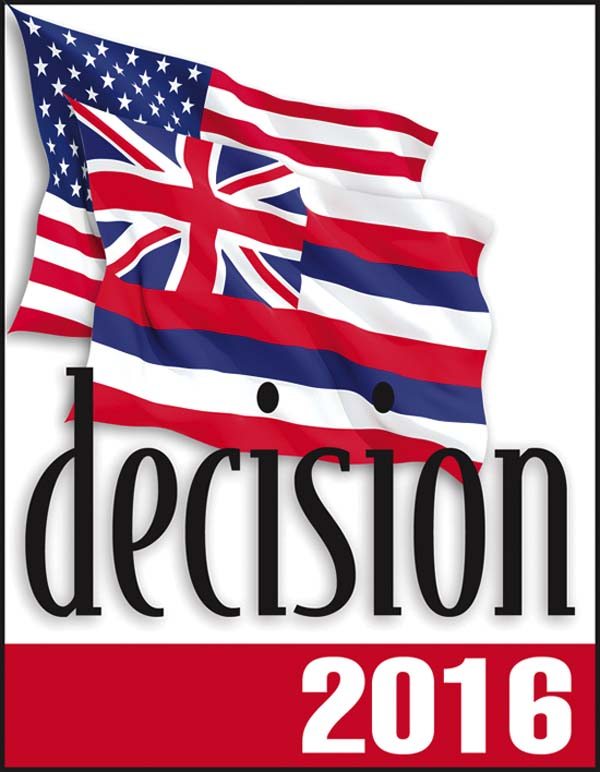 DECISION 2016 EDITOR’S NOTE: This is the first in a series of feature stories on contested races in the Nov. 8 general election. Stories will appear most days through Nov. 6. A complete look at all Maui County Council and state House contests can be found in a special section in today’s newspaper.

But at community forums over the past couple of months, the two candidates have put distance between each other in terms of style and goals. On Nov. 8, voters will choose between two familiar faces to replace Council Member Mike Victorino, who’s stepping down because of term limits.

To understand Alika Atay and Dain Kane’s past approaches to public service, voters can rewind to 2002 when Maui County was on the verge of banning smoking in island restaurants. 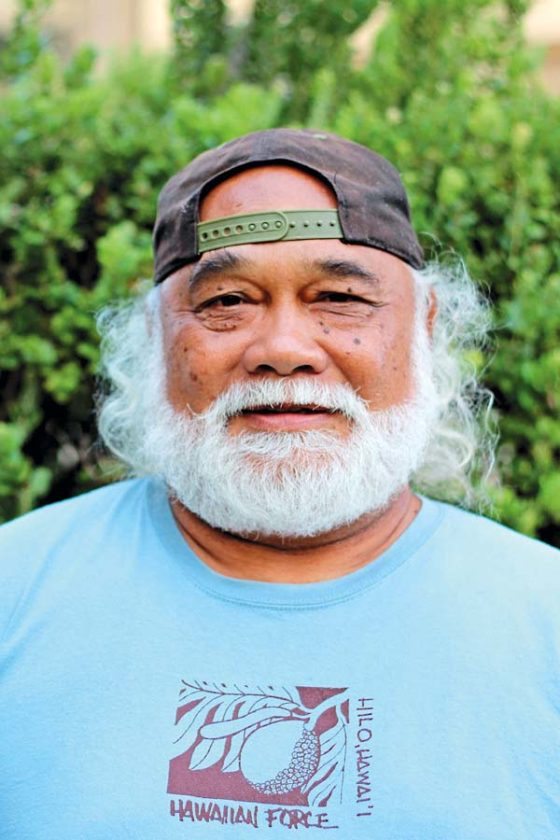 It was Kane, a council member at the time, who authored the anti-smoking bill and worked to get restaurants’ feedback. And it was Atay, back then a program specialist with Maui Economic Opportunity’s YouthBank program, who lobbied for tobacco prevention in the community and trained young people to do the same.

Both came up against opposition. The state Legislature refused to institute a ban despite the requests of Kane and representatives from other counties. Restaurant and bar owners were upset with Atay because they thought they would lose business. But the bill passed.

“Now I walk in and (owners are) all happy,” Atay said. “Because the opposite happened, and they gained (customers), and families are now able to go into a restaurant smoke-free.”

Over the years, the two men have found ways to serve the community in different capacities, but both believe their work has well equipped them for a spot on the County Council. With just under a third of a percentage point, or 90 votes, separating the two in the primary election, it’s a race where every ballot will count and each candidate must distinguish himself from the other. 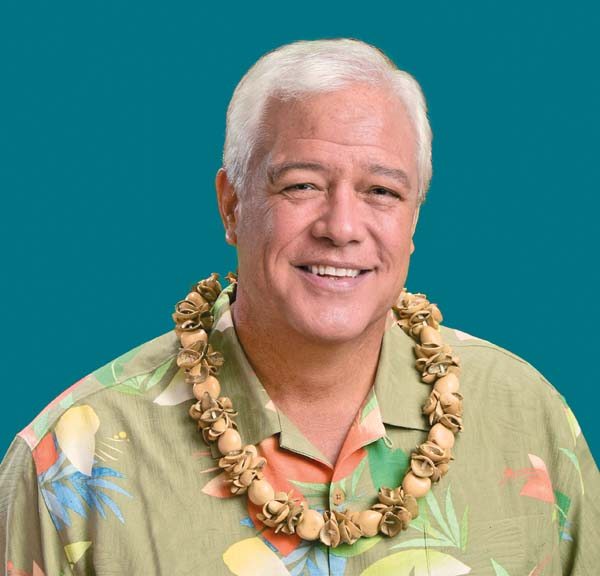 Both candidates’ main messages reflect the roles that many in the community have come to know them for. Kane, the former council member who held the Wailuku-Waihee-Waikapu seat from 1999 to 2006, pointed to his experience and track record of legislation.

“I think ultimately my message has been from the beginning, experience,” Kane said. “I’m coming into this having some intimate knowledge of how county governance works, which really takes into account achieving the ideals that communities reach for with the realities of resources.”

Atay, a community advocate who helped spearhead the 2014 voter initiative for a moratorium on farming genetically modified organisms, wanted to elevate the voices that he believes government too often ignores.

“My platform definitely is community and people first,” Atay said. “I’ve been witness to hours upon hours of public testimony coming directly from the people. . . . It’s like all these hours of testimony fall on deaf ears.”

The 62-year-old, Hana-born Atay works at a 240-acre Piiholo regenerative farm, turning former pineapple land organic. He’s spent more than 30 years working in youth development, from executive director of the Kihei Youth Center to director of youth services for Maui Economic Opportunity. He’s been a coach for canoe clubs and Baldwin High School. All this “eclectic experience” has not only prepared him to be a “servant leader” but has also helped him understand funding and the county’s budgeting process, he said.

The 54-year-old, Lihue-born Kane is a self-employed public relations and government affairs consultant and small farmer. While on the council, he was chairman for a term and served as the council’s representative on the Hawaii State Association of Counties. In addition to the anti-smoking bill, he’s also known for laying the groundwork for the controversial “Show Me the Water” bill, which requires developers to show adequate water sources before building. Kane said his legislative efforts prove he’s “able to accomplish some really tough stuff” and forge good relationships.

With their background in farming, Atay and Kane are “on the same page” in understanding the importance of agriculture to Maui’s future, Kane said at the Sept. 12 Waikapu Community Association forum. They see farming opportunities in their district and across the island, but while Atay has big dreams, Kane emphasized caution.

Atay said there are many job opportunities “just around the corner” for farmers. He pointed out that the vast majority of cattle produced on island is shipped away and wondered why residents couldn’t just “grow what we eat.” The state has estimated that Hawaii imports 85 to 90 percent of its food. If Maui could set up its own slaughtering, rendering and meat-packing facilities, it would create jobs, feed residents and supply hotels, which also consume large amounts of meat, Atay said. The island could also benefit from food processing and storage plants.

“No one little or no 10 little farmers are going to be able to afford the construction of these processing plants,” he said. during a later interview with The Maui News. “It’s going to take some combined efforts. . . . We’re talking game-changing food production involvement that the state of Hawaii has never committed to.”

Kane said during the forum that he shared Atay’s passion, but didn’t think it was realistic. People wouldn’t farm if they couldn’t make money, and locally grown food has to compete with cheaper, and sometimes better looking, imported products, he said.

“When we talk about all these things that have potential and dreams, we need to take a step back and realize that there are realities in front of us,” he said.

Kane said the council could help in some ways, by creating policies to encourage agriculture or by giving grants to help farmers get started. But he added that it’s more of the state and federal government’s job to assist with agriculture.

“When the federal and state governments fall short, we at the local level, we catch it all,” Kane said, also in a later interview. “People have come to expect more than what the county has authority over . . . We do our best to help as much as we can without overextending ourselves.”

Atay is known for many environmental causes, but also wanted to make it clear that he supports tourism as well as construction and development, as long as it’s “pono.” While activists and the county have often butted heads over development, Atay said it’s in everyone’s interest to take care of the environment, especially given that tourism is the top industry.

Kane gave the “Show Me the Water” bill as an example of a time he had to balance development and natural resources on the council. The law, which passed after Kane left the council, protected groundwater resources in Central Maui and encouraged sustainable development, he said. Since then, it’s come under fire from some who believe it’s slowing the housing construction process.

“Even if there are questions right now, I don’t think there should be a repeal,” Kane said. “But I have no problem revisiting it. Like any piece of legislation, you should be able to go back and look at it.”

Kane is open to looking at other policies that may be “causing a logjam” in the building process, as he said at the Waikapu forum. He said the community also has to weigh the need for affordable housing with the oft-heard argument of “not in my backyard.”

Many people weren’t happy about the 400-home Spencer project in Waikapu that was approved when Kane was on the council, but many other families were “relieved to have the chance” at homeownership, he said.

Atay often tells a story of going door-to-door and meeting four or more families living in a single-family home. He said he thinks the stress leads to many social issues like domestic violence, and says affordable rentals need to be a part of the picture to ease the pressure on these crowded homes.

It’s not an easy solution, Atay admitted. He said everyone involved in the housing industry “needs to come to the table” and find out what is holding back the process and what is driving up the cost of affordable homes. Some developers say they’ve gotten projects approved but have no finances, Atay said. Is the issue a lack of financing on island, and does the county need to solicit financing from outside sources? he wondered.

Amid the housing crisis, Kane said residents may be reluctant to bring up other problems that are not seen as “hot button” issues. However, he’s seen and heard from families about degrading parks, baseball fields and public bathrooms, and he wants to find funding to improve them.

“I would be interested in taking a hard look at the public facilities in our parks system,” he said. “These are facilities that get (families) away from the bump and grind of life.  . . . It’s a key component for keeping our community strong.”

Atay’s budgeting plans also focus on “taking care of what we’ve got first,” making sure that public facilities are funded and repaired. He said he wants to make sure public safety services like police and fire have enough resources and staffing. Atay also saw potential for the county to generate more income by funding staff positions to verify the claims of residents who say they farm to get tax breaks.

Kane said he believes what distinguishes him from Atay is “very clear.” He said Atay “wants to finish what he started,” in reference to the GMO initiative that passed but was later struck down by a federal judge.

“I don’t go into this with preconceived notions,” Kane said. “He has an agenda.”

While Atay has said he wants to re-examine the initiative, he emphasized that he has “no planned approach” as Kane claims. He added that his mantra of “aloha aina” is not just an environmentalist’s cry, it’s a shared respect for the land.

“It’s not about appeasing the environmentalists or appeasing the developers,” Atay said. “It’s about having balance and applying hindsight and foresight to make good decisions.”