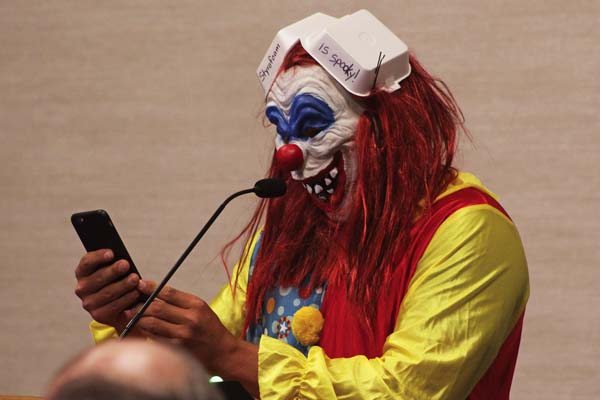 WAILUKU — Two proposals that would extend the ban on plastic bags to reusable ones and polystyrene food container products in Maui County were deferred Monday afternoon by a County Council committee.

Testifiers in favor of the measures said the products were damaging to the environment and that their usage should be stopped “at the source.” But others said that the ban would affect businesses and that the real problem was not with the products, but with littering.

Both items were deferred until Corporation Counsel can review them.

“We have litter collectively, regardless of what it’s made of,” said Council Member Elle Cochran, who chairs the Infrastructure and Environmental Management Committee. “(Plastics are) one key component that . . . breaks down but never goes away. It’s just one of those items that everyone in the environment would be a lot better off without.”

In 2011, Maui County became the first in the state to ban single-use plastic bags at checkout. However, the law allows for the use of thicker, reusable plastic bags, which Cochran said “still end up in our landfills and take longer to break down.” 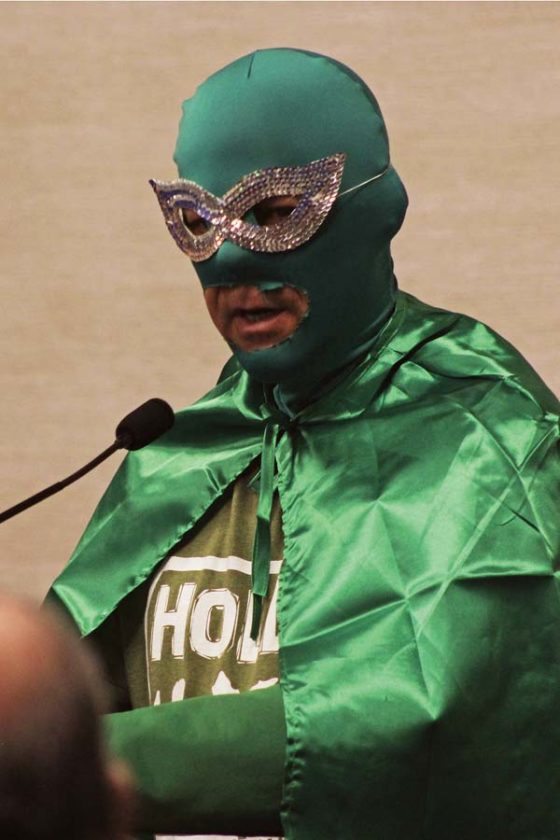 The bill proposed by Cochran would prohibit businesses from providing plastic bags at checkout or any other point. Some exemptions would include plastic bags used to package loose items such as fruits and vegetables, to wrap frozen foods and potted plants and to deliver newspapers to subscribers.

The second proposal, which supporters want to see added to the County Code, would ban single-use expanded polystyrene food service ware. Polystyrene foam is often referred to as Styrofoam, but while the products are similar they are separate items, Maui County Environmental Coordinator Robert Parsons said. Styrofoam is a registered trademark of Dow Chemical Co., and like Kleenex and Band-Aid, is a brand name that has come to be known as the product itself.

Parsons explained that Styrofoam is not banned in the bill, which focuses more on single-use food containers. Exemptions would include polystyrene foam coolers and ice chests, foam blocks used in shipping and food items filled and sealed out of state.

The majority of the two dozen testifiers — some of whom came dressed up for Halloween — supported both bills Monday. Many agreed that the material they most often found littering beaches was foam.

“A lot of people say that the problem is too big to stop. Well, I’m saying that problem can be stopped at its source,” said 18-year-old Kaimana Idica, a student at Kamehameha Schools Maui, who has worked with local nonprofits to get businesses to switch to environmentally friendly food containers.

Choice Health Bar in Lahaina is one business that tries to encourage customers to use compostable containers.

“The reason people want to visit this island is because of the beautiful environment we have,” owner Emily Kunz said. “We were ranked again the number one island in the world. It should coincide with us having the number one best environmental protection laws.”

However, Stella Yasuda, a sales representative with Honolulu-based KYD Inc., defended polystyrene, saying that, unlike recycled paper, which must be mixed with “virgin paper,” melted-down polystyrene is completely reusable. She added that compostable products require heavier materials like bagasse and bamboo, and that shipping would lead to higher costs for businesses. KYD manufactures polystyrene products and also distributes compostable materials. Yasuda feared KYD’s 90 employees might lose their jobs if the polystyrene ban went into effect.

But Lauren Blickley, Rise Above Plastics coordinator with the environmentally focused Surfrider Foundation, said these costs were more likely to get passed on to the consumer.

“Nobody’s going to remember how much they paid for a plate lunch,” said Malia Cahill, executive director of the nonprofit Maui Huliau. “Businesses raise prices for all kinds of reasons, and I think this is a really good reason to raise the price.”

In 2014, Council Member Mike Victorino headed up a task force made up of food service providers, disposable food service container manufacturers and environmental advocates. They met to discuss a similar polystyrene bill introduced in the 2009-2010 council term. While members agreed that the county should do work to protect the environment, they did not agree on whether the bill was the best way to do so.

Pamela Tumpap, president of the Maui Chamber of Commerce and a member of the task force, said that the group found the amount of polystyrene trash in landfills to be less than 1 percent. Looking at evidence such as the dissection of an albatross’ stomach, she added that litter of all types seemed to be the problem.

“The issue was bigger than just polystyrene,” Tumpap said. “From that task force, we hoped to see a litter control program. . . . To date that has not occurred.”

Council members agreed with testifiers that the big-picture problem was that of pollution, and they wanted to see “a more intensive anti-litter campaign,” as Council Member Gladys Baisa said.

But Baisa also worried that, since the 2011 plastic bag ban, the decrease in plastics has led to a rise in paper bag litter.

“But the big difference is if you’ve got trash that can disintegrate . . . you’re not going to see a paper bag waving around by the roadside like we used to see all of the disposable plastics,” Bonar said. “The first time it rains, it gets plastered down and starts to rot.”

County recycling specialist Stacia Ash said that since the plastic bag ban went into effect, the county has seen a significant decrease in plastic bags in its landfill, the ocean and sugar cane fields. At first, there was opposition from businesses about the cost, “but since then we really haven’t heard much,” Ash said. She added that businesses were good about getting on board, and that the county hasn’t had to levy a single fine thus far.