Some familiar faces take on new jobs in the county building 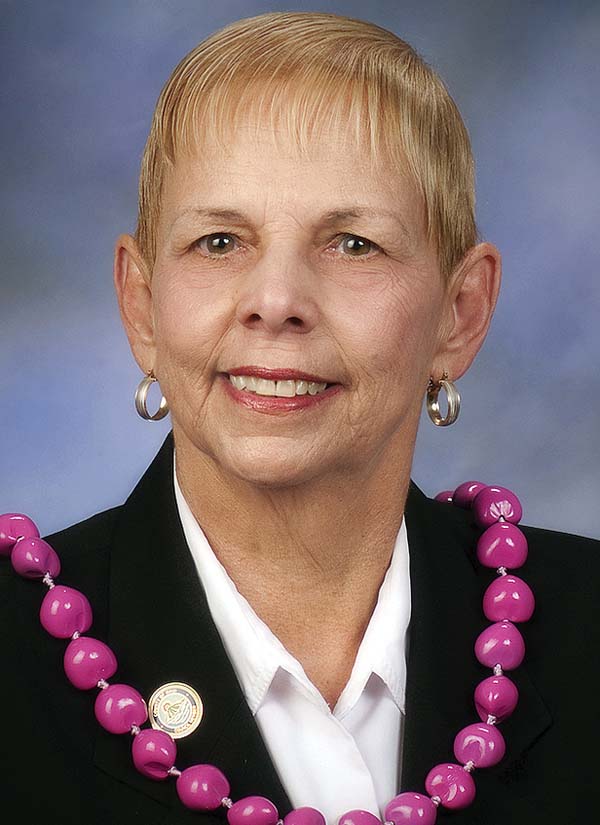 Council Member Gladys Baisa, who is stepping down as the Upcountry residency council member because of term limits after five two-year terms, will become deputy director of the Department of Water Supply. Council Member Don Couch, who lost his South Maui residency seat in the general election, will likely take a position in mayor’s Budget Office. The moves will be effective at the start of next year.

On Monday, Wailuku attorney Lynn Araki-Regan was sworn in as budget director. She is married to Managing Director Keith Regan, who lost a bid for the Wailuku-Waihee-Waikapu residency council seat in the primary election.

Araki-Regan replaces Sandy Baz. On Friday, the Maui County Council approved a resolution appointing Baz as a supervising legislative analyst in the Office of Council Services.

On Tuesday, Baz said he was hired to handle the transition of the current council to the newly elected council in January. 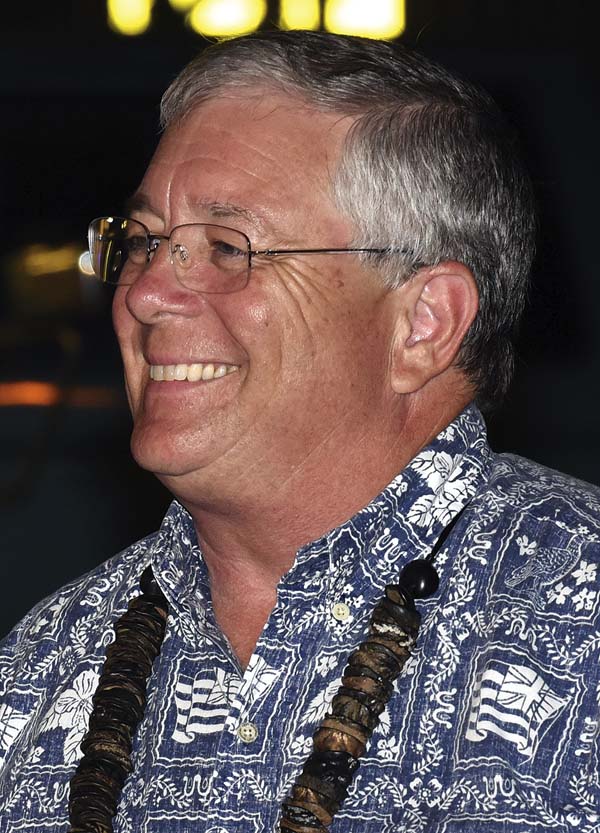 Council Chairman Mike White said in an email Tuesday that the Office of Council Services had an opening and was pleased that Baz, the former chief executive officer of Maui Economic Opportunity, had joined the staff.

“The council is very familiar with his knowledge and work ethic as a result of spending long hours with him reviewing the annual budget,” he said. “I believe he will be an asset in not only helping the council as policymakers, but also as a check and balance to the administration.”

Maui County spokesman Rod Antone said Araki-Regan and Regan will not be working together. The budget director reports to Chief of Staff Herman Andaya and the mayor.

Antone said Araki-Regan sought an opinion from the state Office of Disciplinary Council, which reviews ethical issues and violations for attorneys, to check if it was OK for her to serve as budget director. The office gave an affirmative oral answer, he said.

Antone said the administration searched for a new budget director, even in its Finance Department, but employees are currently needed in their positions in that department. He said it is difficult to recruit appointed workers, especially with Arakawa entering the middle of his second four-year term. 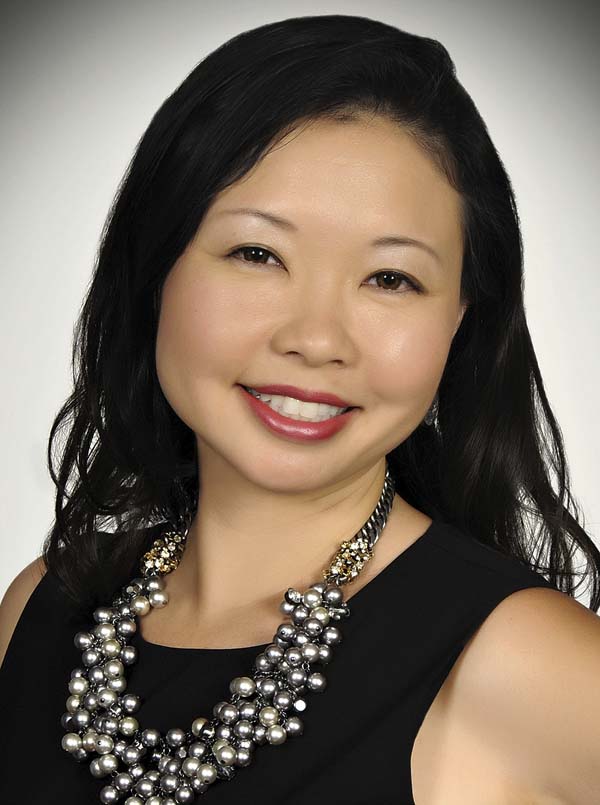 In an email statement Tuesday, Araki-Regan said: “Sandy’s been an outstanding budget director these past six years, and I know I have some big shoes to fill.”

“The budget process is probably the most important part of our county government, and I will make sure it’s presented in a way that accurately represents our projects and operations so that our council members can make well-informed decisions for the community. I look forward to working with each and every one of them,” Araki-Regan said.

Andaya said: “Lynn is politically astute and already a very successful business person. We’re very lucky to have someone like her as budget director.”

Baisa will be second in command at the Department of Water Supply. Deputy Director Paul Meyer will be retiring at the end of the year, Meyer confirmed Tuesday.

Baisa, who is out of state, said in an email: “I am honored that mayor has asked me to step in as deputy director at water. Having served as Water Resources Committee chair for the past two years and as a member of that committee for eight years, I have developed a keen interest in the department and its goals and needs.” 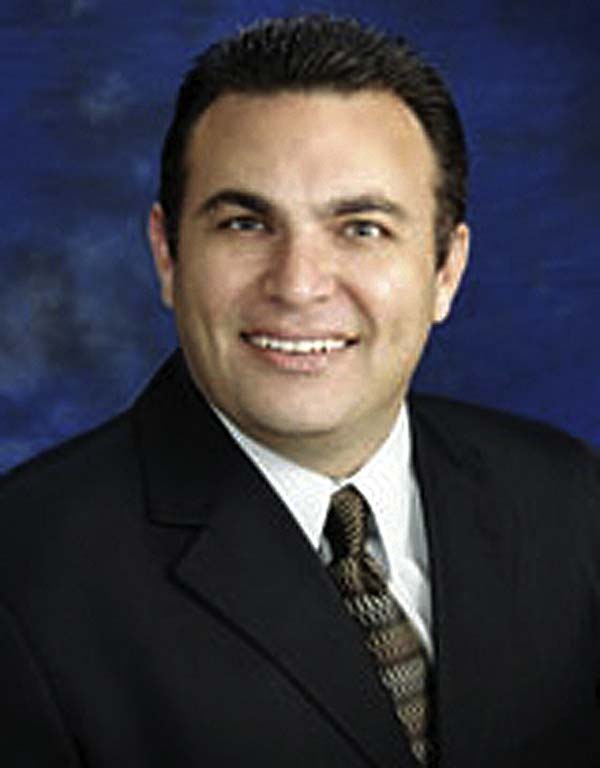 Baisa said she will assume her position on Jan. 2 after she returns from her vacation.

“I am ready to join Director (David) Taylor and the administration in moving forward to meeting the water challenges for Maui County. I see this as a wonderful opportunity to continue to serve my community,” said Baisa, who officially finishes her last term on the Maui County Council at the end of this year. Couch, who lost in the general election to challenger Kelly King, will be joining Arakawa’s administration, possibly under Araki-Regan.

“I appreciate the mayor needing somebody, and he’s willing to take me on,” said Couch, who previously worked as an executive assistant then deputy planning director under Arakawa in his first administration.

“I look forward to working with Lynn,” Couch said.

He added that he is happy to continue in government service and fill the temporary void.

“I know the government budget process quite well. It’s a pretty good fit,” Couch said of working in the budget office.

He added that he will have to “hit the ground running” because a couple of months after he starts the new job, Arakawa’s budget will need to be submitted to the new County Council.

Antone said a budget office employee left to take a position with the Finance Department, so that left open a job position for Couch.

Arakawa’s administration also has seen the departure of Deputy Managing Director David Ching, who moved to the private sector. Taking Ching’s place is Jock Yamaguchi, who was an executive assistant to Arakawa handling legislative matters.

Yamaguchi’s position remains vacant and a replacement is being sought.

Antone said no new positions were being created for the new employees because they’re filling vacant positions.

* Cabinet changes. New Budget Director Lynn Araki-Regan, wife of Managing Director Keith Regan, will work with him to review the county’s annual budget. But, organizationally, the budget director does not come under the supervision of the managing director, according to county spokesman Rod Antone. Information attributed to Antone was incorrect in a story published Wednesday on Page A1 and continued on Page A4.

* The Maui News corrects errors in fact or clarifies information appearing in the newspaper. To report an error or clarification, please call 242-6343 or send email to citydesk@mauinews.com.