State program plans to emphasize ‘housing first’ instead of transition 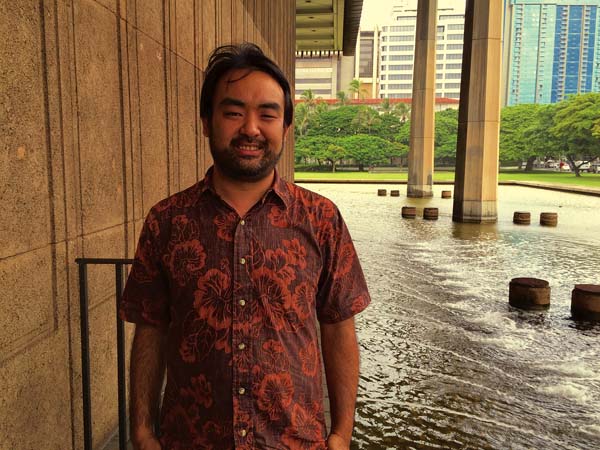 Two Maui nonprofits that work with homeless people received a total of $4.4 million from the state for an upcoming 18-month period, at the same time they must adjust to the state’s new “housing first” paradigm for homelessness.

Monique Yamashita, executive director of Ka Hale A Ke Ola, said Tuesday that her agency could lose 10 percent of its funding if it does not meet benchmarks. The nonprofit that runs emergency shelters and transitional housing programs in Lahaina and Wailuku received a total of $2.6 million for its two facilities.

In an interview with The Maui News on Tuesday, Scott Morishige, Ige’s coordinator on homelessness, stressed moving people “quickly off the street,” using the phrase several times when talking about the state’s housing first policy.

He noted that the past philosophy had been to bring homeless people into emergency shelters for a few weeks then move them into transitional housing for up to two years to prepare them for permanent housing.

The new model doesn’t wait until the person is ready to move into housing, Morishige said in a phone interview. The idea is to “put them in homes, . . . give them skills in the homes.

“The idea is to shorten that pathway and . . . accelerate that placement.”

He explained that sometimes all that a homeless person needs is a home “to move their life forward.”

Research shows that the situation stabilizes when homeless people get into a home, he said. There are health improvements for the individual and cost savings for the community, with fewer visits to the emergency room and calls to police.

The state’s approach includes intensive case management to deal with mental health and substance abuse issues and assistance with housing costs, he said. Ige has proposed a $7 million rent supplement program in which households receive $500 per month, which helps that sector of homeless people who have a little bit of income but not enough to pay the high rents in Hawaii.

Funds also have been proposed for “rapid rehousing,” in which homeless people receive assistance for a few months from the shelter to help them stabilize their situations, he said.

The biggest impediments to the housing first approach in Hawaii are the limited amount and high cost of rental housing. The governor has proposed $150 million for affordable housing in his two-year budget to be reviewed this legislative session, Morishige said, but “we also know it is going to take time to build units.”

In the meantime, the state will work with service providers and landlords “to better maximize the inventory that exists,” he said. Morishige pointed to a “landlord summit,” arranged by the state, county and the Realtors Association of Maui in the summer, to encourage Maui property owners and managers to rent to those who receive public assistance and can pay market rents.

He also said that the state could work with families to help bring home loved ones who may have left or been banished due to substance abuse, mental illness or other problems.

Ka Hale A Ke Ola is looking at turning three of its buildings into permanent supportive housing, given that “we don’t have the affordable housing inventory on Maui,” said Yamashita. Plans call for 40 units, studios and two bedroom units, for chronically homeless people with low incomes to “get them housed,” she said.

The nonprofit agency is seeking $719,000 in community development block grants through the county and will seek funds from the state Legislature, she said.

“I like the housing first model,” said Yamashita, whose 31-year-old organization for many years focused on transitional housing. “I just wish we had it in phases instead of dumped on us all one time.”

Yamashita said that agencies were given a six-month ramp-up phase, but Ka Hale A Ke Ola had begun adapting last January.

She said that the transition to housing first was “not well coordinated” and that the Health Department and other social agencies, who may not be well acquainted with the new approach, “might even get blindsided by the amount of the referrals.”

“I don’t think they are prepared,” she said.

The Department of Human Services came under some criticism last year when it set up requirements, per a legislative bill, for receiving state funding for homelessness. Some homeless groups said those stricter requirements, which called for increased privacy and bathroom access and separate facilities for families with children, would reduce available beds.

In addition, the request for proposal process that granted the two Maui organizations contracts pay them on a performance basis rather than a flat rate, Morishige explained. The department developed minimum standards for homeless shelters and adjusted requirements based on feedback from those submitting requests for proposals, he said.

“I think we want to work with providers to create an overall effective system,” Morishige said. That way, they can “work together to more quickly get more people off the streets and into homes.”

After the RFP contracts were awarded, there was a net gain of 184 beds, said Morishige. State-funded homeless shelter beds increased from 3,577 beds in 2016 to 3,761 expected this year, Ige’s news release said.

The shelters also are expected to double the number of people they place in permanent housing from 3,000 to 6,200, the news release said.

“We actually fared pretty well,” said Yamashita. “We won’t lose any beds in the men’s and women’s dorms.”

However, the organization will lose some single spaces because two people will not be able to share a two-bedroom unit and unrelated single people cannot share a single room, she said.

“That will be a bit of a change,” she said, adding that “it wouldn’t be that detrimental overall.”

The funds Ka Hale A Ke Ola received were more than the $1.5 million they got last year, although that was for a one-year period, Yamashita said.

Morishige believes that the homeless problem has increased in recent years due to the high cost of housing and the reduction in funding for social services, including mental health.

“I think we are seeing the combined effect of all these things,” he said.

There are many faces of homelessness, and it is a complex issue with no one cause, Morishige said.

“The situation we have with the homeless. . . . didn’t evolve overnight,” he said. “Progress we see is not going to happen overnight. It is a complex problem that touches every part of our state.”

But he believes “definitely, there has been a lot of progress.” The rate of increase has decreased, he said.

Maui County had a homeless population of 1,145 people on Jan. 24, 2016, only an eight-person increase from a year earlier, according to the one-day, “point-in-time” count by Partners in Care, a Hawaii coalition of service providers, government agencies and others that work on homelessness issues.

The governor has proposed $21 million in funding for homeless people, including outreach for people with mental health issues and for those suffering from substance abuse. Morishige said more outreach workers are needed in the field, to build a relationship with homeless people.

People who are homeless are friends and neighbors who have fallen on hard times, Morishige said. “They feel the system has let them down,” he said.

It may take a hundred visits but “when you make that connection you can get people off the streets” and lead them to resources they need, he said. “Investing in the relationship and investing in the person” are critical.

“We are making some progress in turning the tide,” Morishige said.