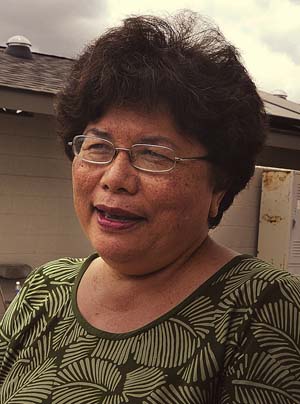 The Family Life Center’s new state contracts for emergency shelter and other services for Maui homeless people have forced the facility to reduce its number of beds from 50 to 18 and to discontinue shelter services for families and men.

Some of those men and families may seek shelter from the other shelter/transitional housing agency on the island, Ka Hale A Ke Ola Homeless Resource Centers, but that facility is also likely to lose beds.

The executive directors of both nonprofit agencies that receive state contracts said that Maui will be losing beds for its homeless population as a result of the new, more stringent requirements developed by the state Department of Human Services following the passage of a bill last year in the Legislature.

Those requirements include increased privacy, separate rooms and bathrooms for families and performance standards, which, if unmet, would result in loss of funds.

The center would not be able to accept families, because the new provisions require families to be housed in separate rooms with bathrooms, she said. The center had been allowing women to bring their children with them into the women’s hall.

This meant that the center could accommodate only six men, she said. In addition, the men would have had to be issued four lockers because currently they are allowed one 3 cubic foot locker.

So the shelter will focus on 18 beds for women, she said, adding that the women will be allowed to stay at the shelter all day under the new contract.

With Ka Hale A Ke Ola and Family Life Center working on the problem, Monique Yamashita, executive director of Ka Hale A Ke Ola, said her agency “could possibly accommodate a few” of the homeless men in its central facility in Wailuku. Ka Hale A Ke Ola has beds in its Lahaina facility, she said, adding that “then it’s up to them if they want to go or not.”

As far as Family Life Center housing all of the homeless women, Yamashita said that Ka Hale A Ke Ola has to be careful because its $2.6 million state contract calls for taking some females and failure to meet those goals could jeopardize its funding.

Ka Hale A Ke Ola also will be shedding some beds because singles will be housed in studios that currently house two to three people, she said.

The new state contracts are performance-based, which means that if shelters fail to meet specific benchmarks, they could lose as much as 20 percent of their funding during the term of the contract.

“We are going to do everything we can to accommodate them,” said Yamashita of those who may be displaced. “We will do our best.

However, the linchpin of the program is putting homeless people in housing, which is in short supply on Maui. Yamashita said that the state may have put “the cart before the horse.”

And if the homeless organizations do not place the required number of homeless people into homes, the agencies will be penalized with funding cuts.

“It is not really fun to work under their parameters,” said Yamashita, noting that it takes a special person to work with homeless people. “We have people who really care . . . and really want to help. It is almost like we are being punished. It is almost unfair.”

“We are not going to be able to meet these goals if we don’t have housing available,” she said. “I am certainly going to try.